The Sassanids and Valerian the Roman emperor they beat

Iran continues to have amazing views and roads, so much so that I forget to stop and take pictures, but on the road to the south of Shiraz there is a lovely road overlooking a massive valley so even in my saturated state I did stop to take a picture of it. 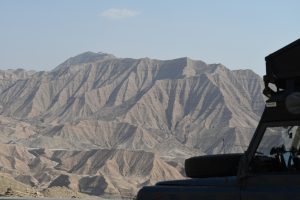 The reason I was on this road is that I had met a French lady, Helene, who I spoke about in the previous blog and she was very well researched on the historical sights around Shiraz two of these are the ancient cities at Firuz Abad and Bishpur.  I spent a very enjoyable two days driving to these cities while Helene read out some of the background and history of the sites.

The first sight on our list required a 20min hike in the mid day sun this is the castle of Qal’eh-e Doktar perched high above the narrow pass that leads into the valley, this castle was built around 300BC by Ardashir Babakan the founder of the Sassanian Empire one of the most successful of the many Persian empires and pre dates the time of Islam in Persia.  The castle is in an imposing position and still quite well preserved for such an old structure.  Nelson is in the depths of the valley you can just see behind the castle.  Amazingly we were the only people in the whole structure for two hours ( I guess no one else was stupid enough to climb up 800m in the mid day sun ) 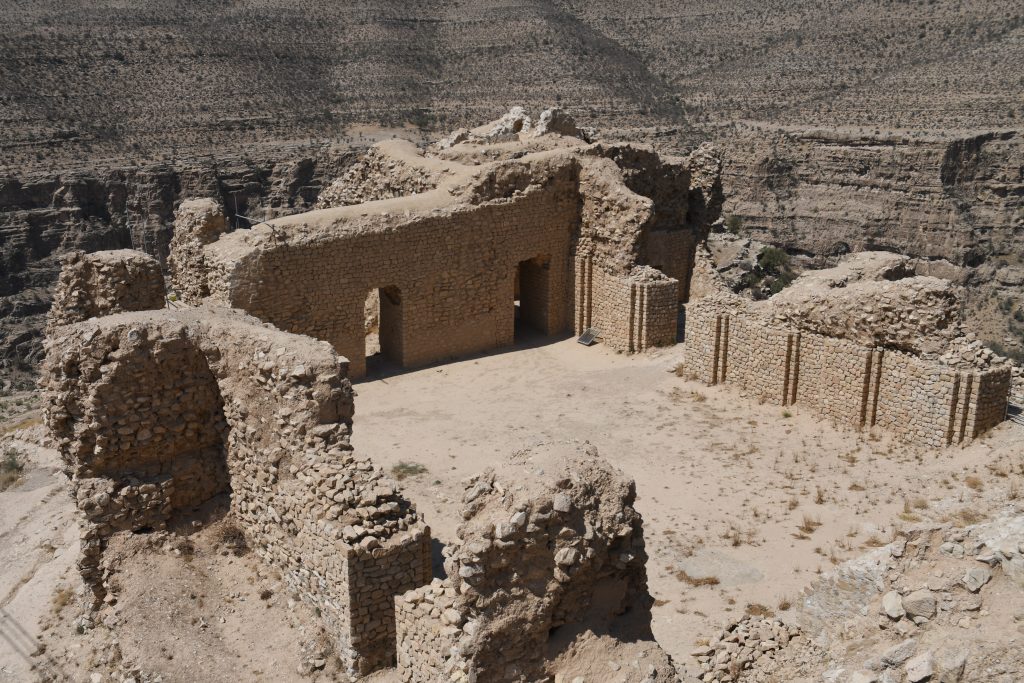 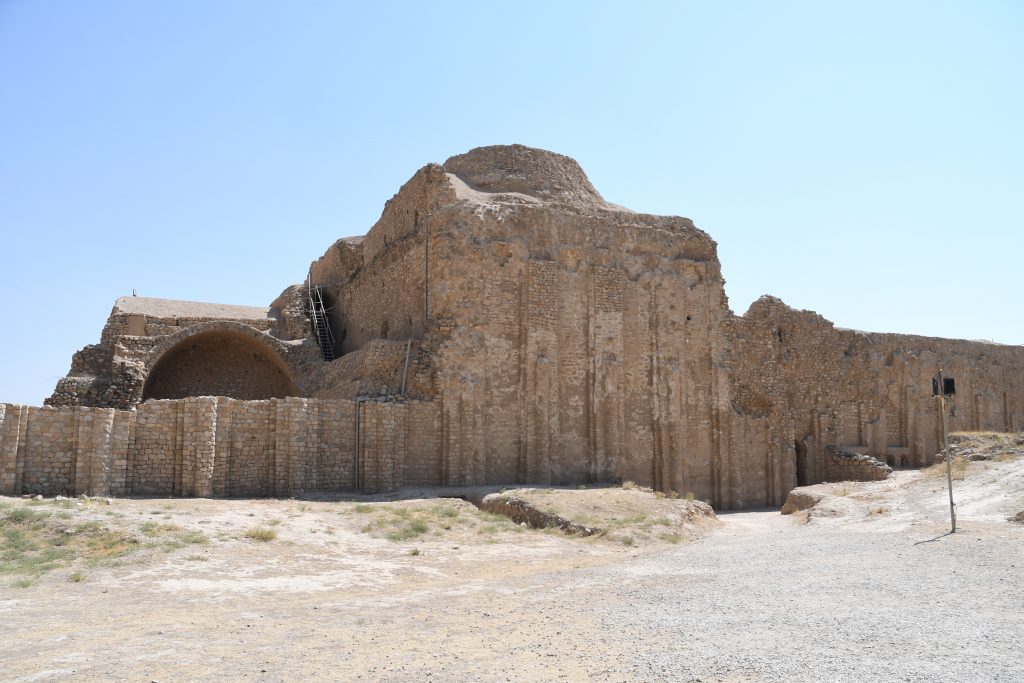 The column in the picture below is all that remains of the ancient city of Gur which was laid out in a series of circles that the roads still follow today but this tower, which sat in the middle of the ancient city is all that remains and the rest is just piles of rubble in between very concentric farmers fields of maize.  It seems that the purpose of the central tower was to maintain a line of sight to the fortress at the centre of the valley and the bigger palace so that warning fires could be seen to alert the people to an attach through the narrow valley from the north. 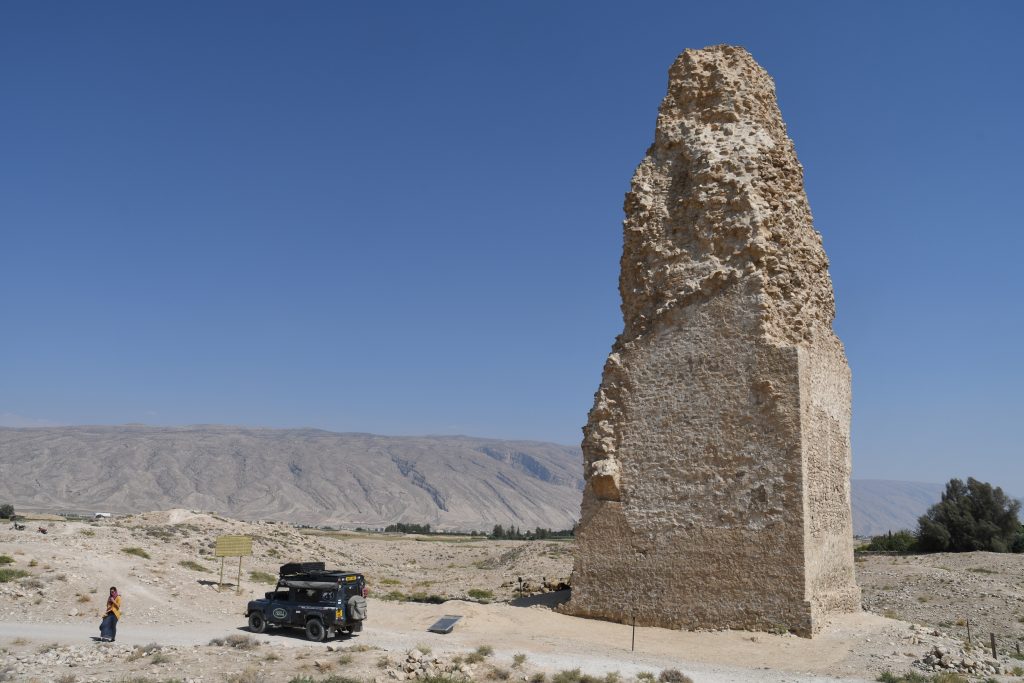 On the second day we visited the city of Bishapur which is from a similar time period and even better preserved, once again the city benefits from the protection of a narrow valley on one side, some impressive steep mountains and a river on the other side so it is naturally a very defendable position. 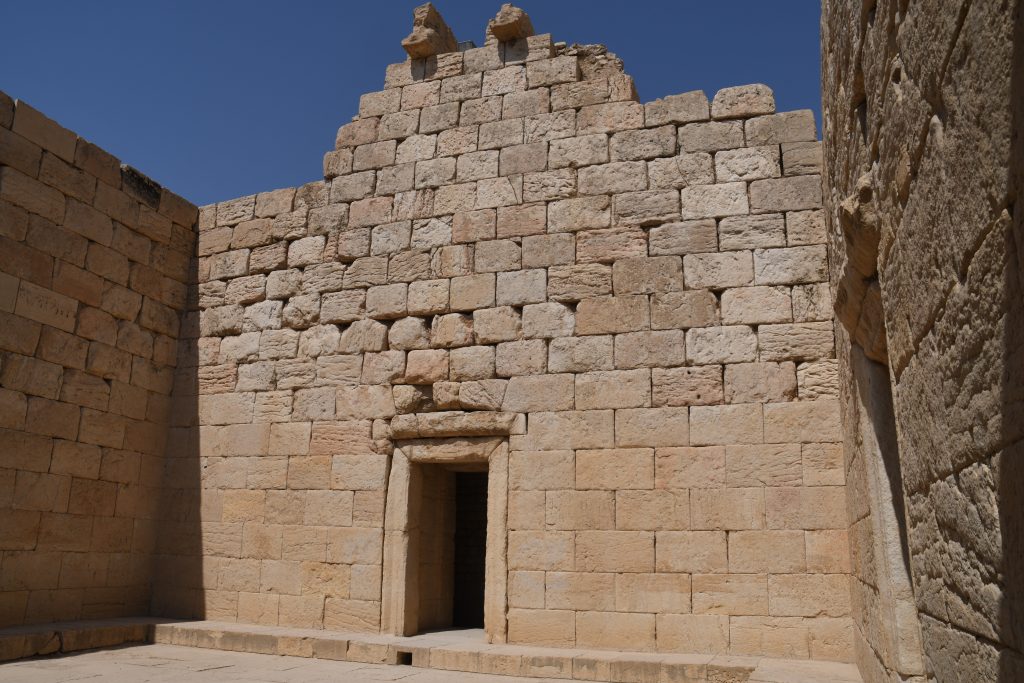 The city is very well preserved and comparable to the best of Roman ruins that I have seen in other places but the big claim to fame of this city is that it is were the Roman Emperor Valerian was held after his capture at Edessa in 260 by Shapur I so Iranians will often remind you that they did in fact “beat” the Romans when it came down to a fight ! 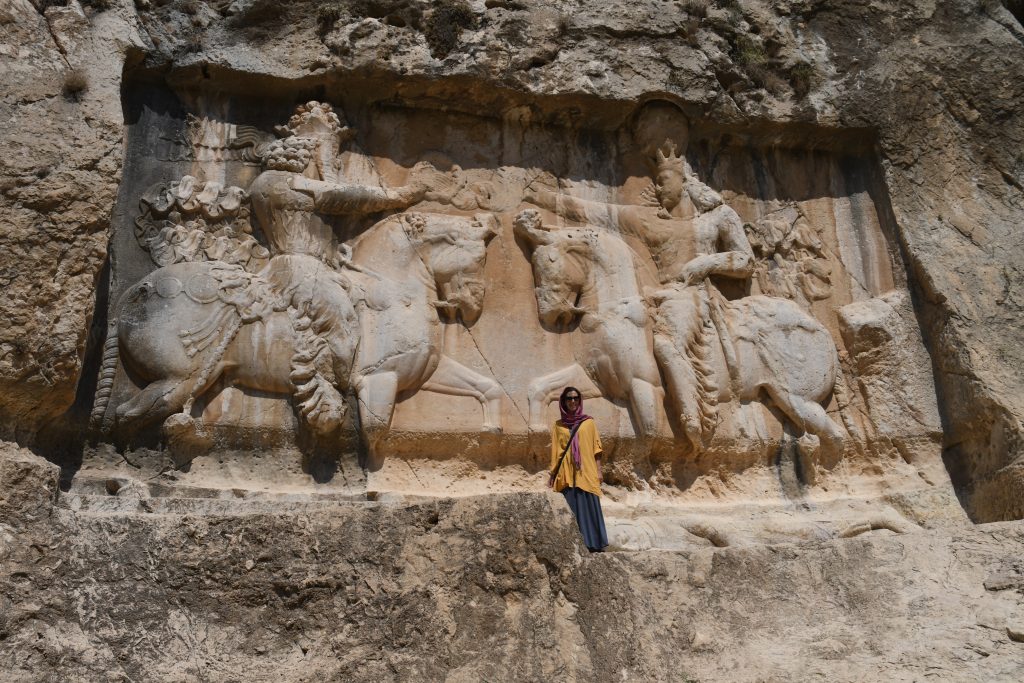 In the large relief above carved into the cliffs near the city of Bishapur the victory over the Romans is celebrated you can see the scale with Helene standing in front of it and in the picture below you can see how well the stonework has been preserved in the fire temple that was discovered under the Mosque that had been built on top of it at a much later period . 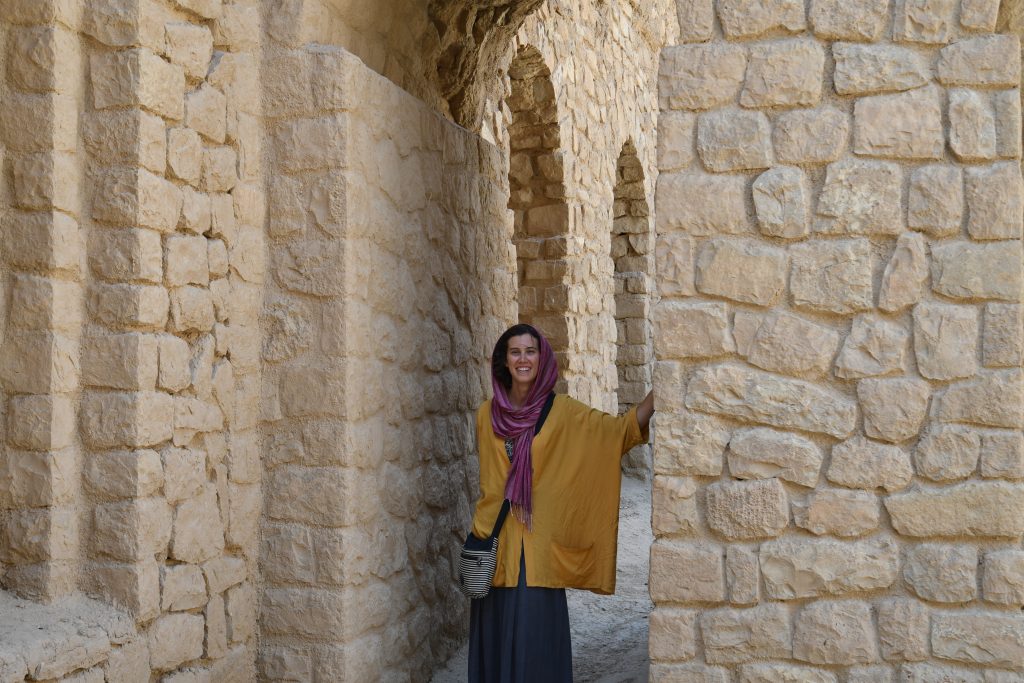 What was interesting to me is that the Persian history and culture was very much celebrated by the people I met in Iran, not just the modern Muslim heritage but also the earlier dynasties.  One of my guides was able to point out to me that the images used in the Mosques in Esfahan can often trace their roots back to symbols and rituals of the more ancient Sufi or Zorastranian religious practices which, like in Christianity where festivals often pre-date Christian religion, were adopted by the “new” Muslim religion to speed its integration in the community and are now thought of as Muslim symbols and traditions.

Previous The fellowship of the road
Next Home sweet home