After our adventures in Lake Titicaca Duncan and I headed to the town of Cusco, which is the gateway to the Sacred Valley of the Incas.  Cuzco is a nice little town just on the edge of being over-run with tourist infrastructure, but clean and tidy, safe and with nice architecture.  It is the main gateway to Machu Picchu and thousands of people per day visit that one attraction so we devised a strategy to get around the crowds.  This involved driving to the village of Ollantaytambo, which has its own set of very nice Inca ruins right in the town, and getting a train from there to the little village at the base of Machu Picchu, there is no road to that village so you either walk or take the train.

The ruins at Ollantaytambo were very extensive and not crowded so we spent a good part of the afternoon wandering around them, the detail of the stonework turned out to be every bit as good as what we saw in Machu Picchu the next day. 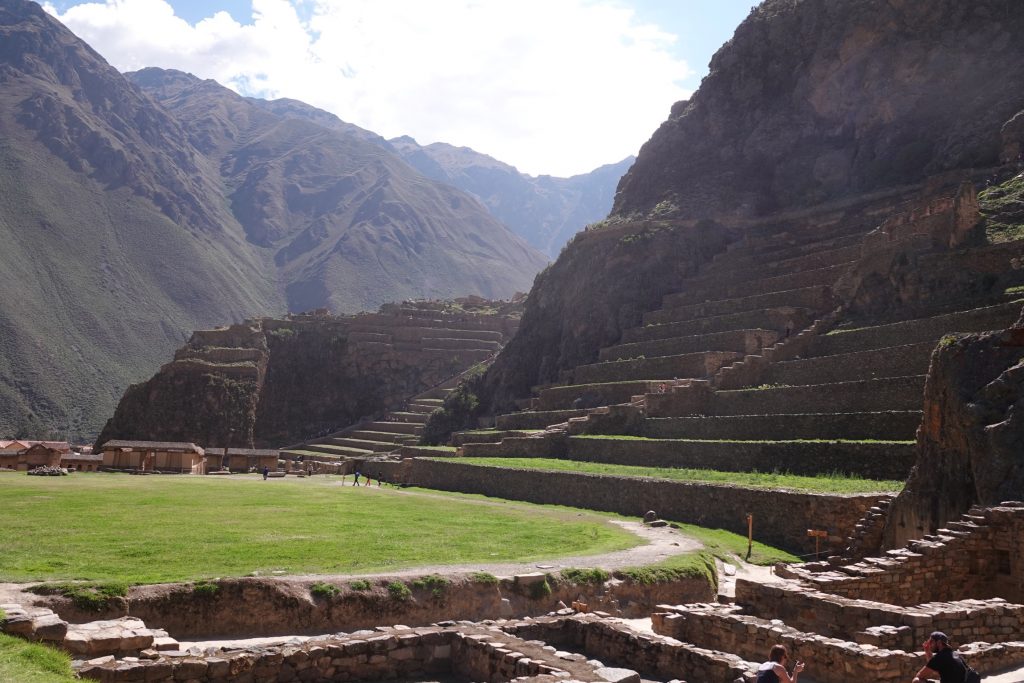 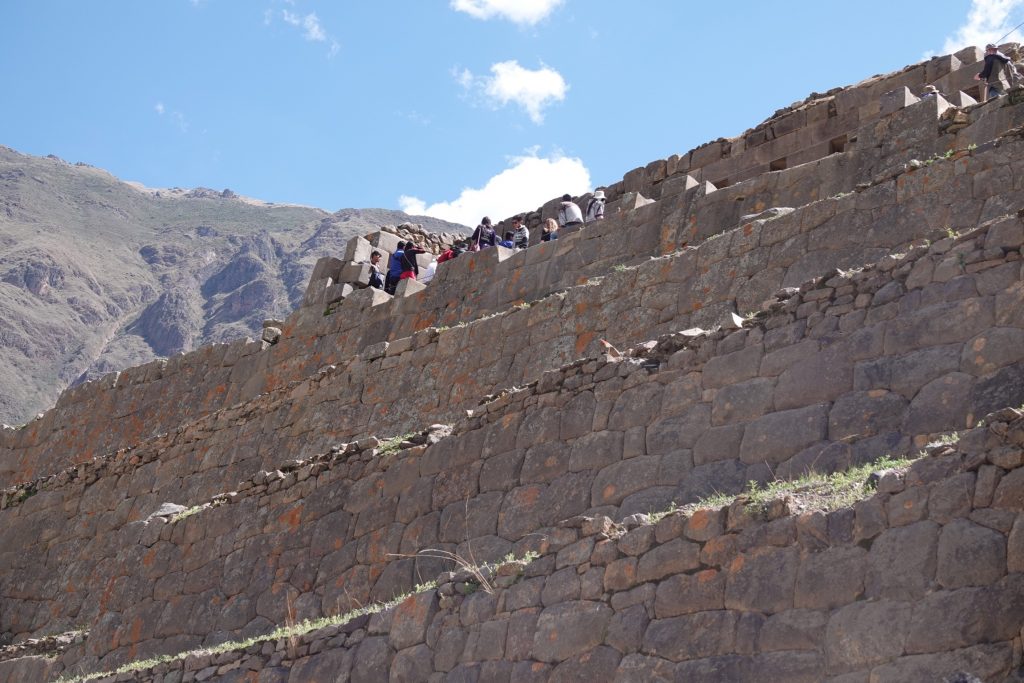 As the sun set the surrounding mountains were lit up by the final moments of the sunset, giving some indication of the scenery we would wake up to the following morning. 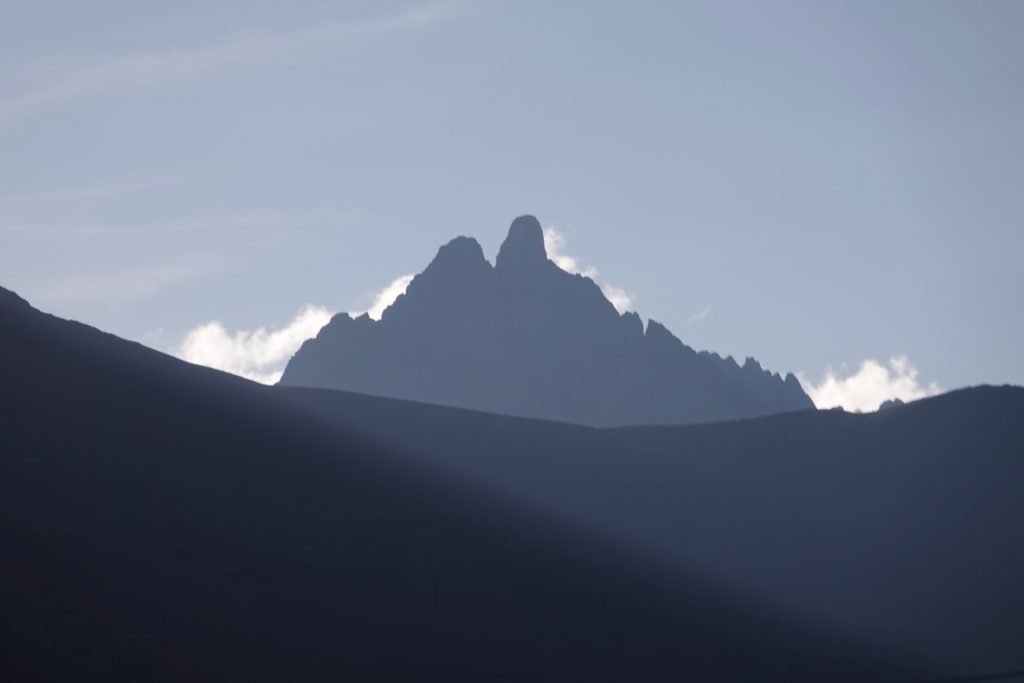 At 7.30pm we took the train to Aguas Calientes the little village at the foot of the Machu Picchu mountain.  It is a very strange place, you can only get there by walking or by train and the many thousands of visitors per day only stay one night at the maximum so it is totally oriented to servicing the visitors to MP with every level of hostel and hotel (our tickets at $200 each paid for the return train trip, a basic hostel twin room, entry into MP and a return bus trip to the site from the small town).  Packages can run into the thousands of USD for the very special train and top end hotel and the cheapest way is to hike in from the hydro station so then the entry to MP is only $128 USD) 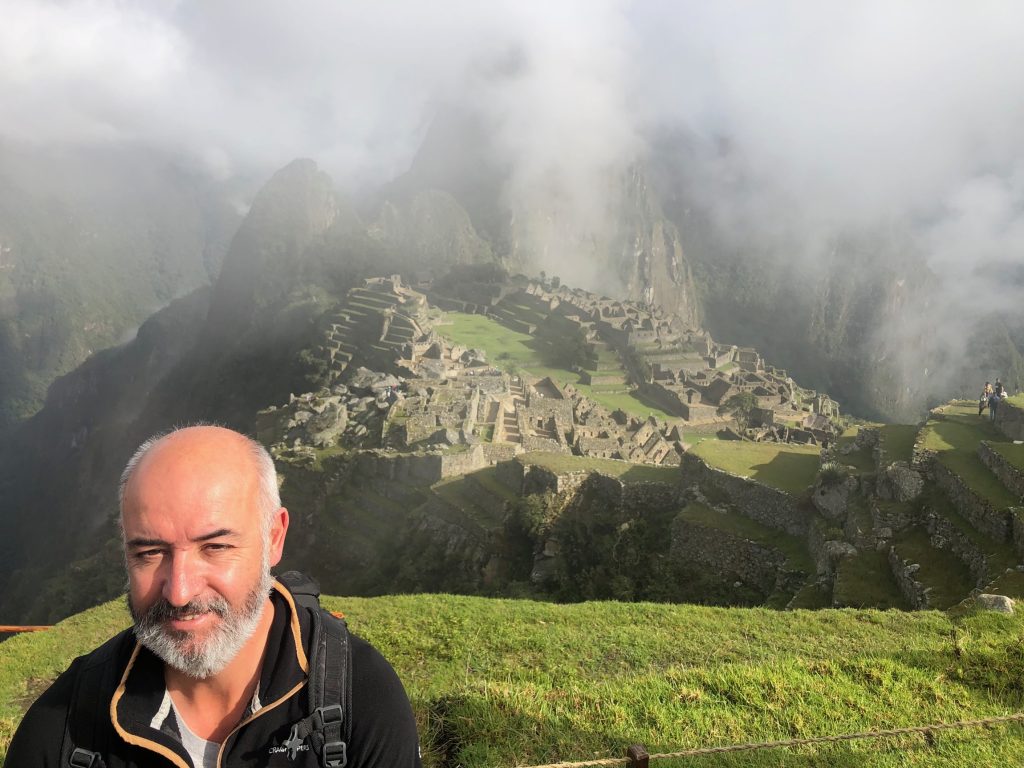 It turned out that our plan was a good combination of time efficiency and avoidance of the crowds which build up when the trains from Cusco arrive around 10am, we were in to the site while the morning mist was still covering it and as we walked to the vantage point above the ruins the clouds parted in the morning sun and we could see the site without its normal covering of visitors. 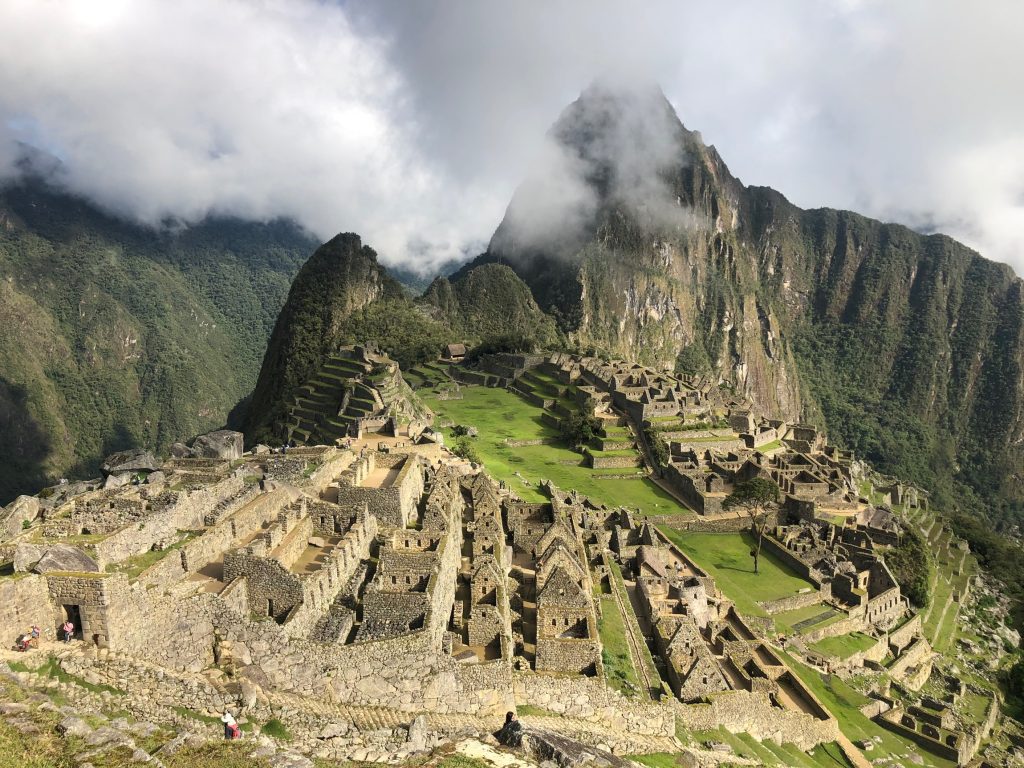 The most remarkable thing about MP is the surrounding landscape, it is perched on the ridge of a very steep mountain surrounded by other pinnacle mountains and cut through with massive valleys, photographs struggle to capture the astounding setting of the ruins and it is not spoilt by the loads of tourists who were just behind us, in fact we were done with the ruins by 9am and were heading down the mountain by the time the main volume of tourists were arriving in the town below. 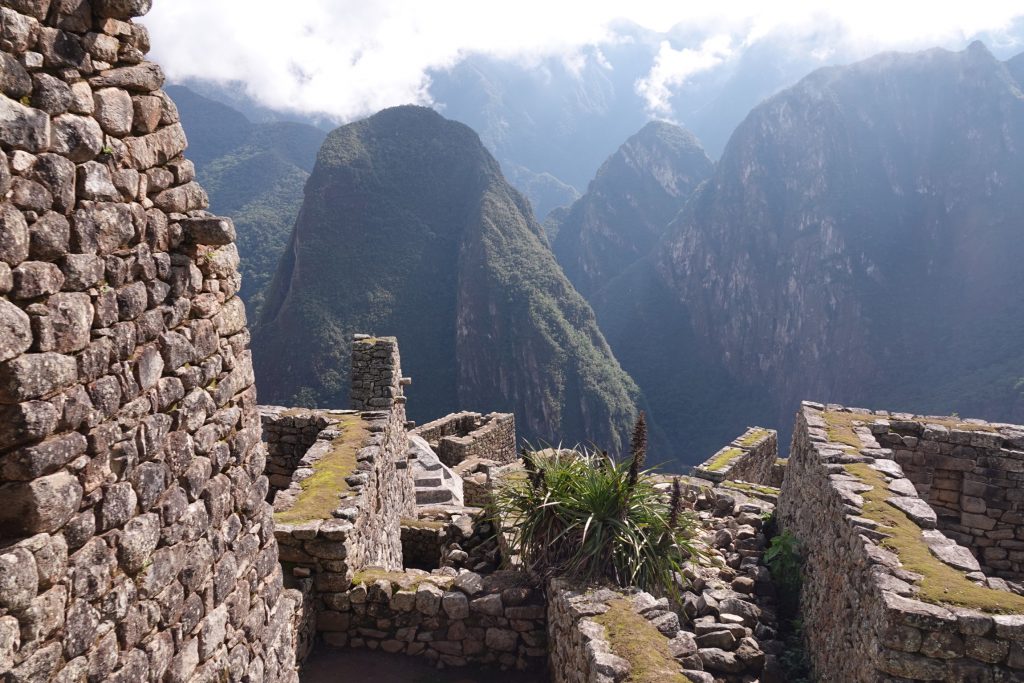 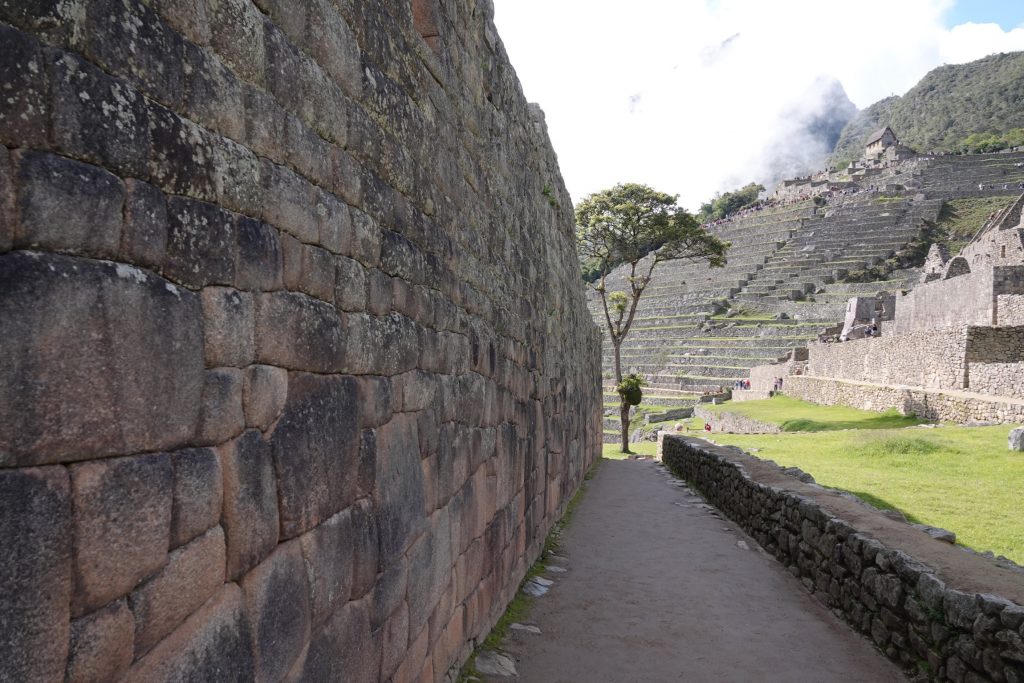 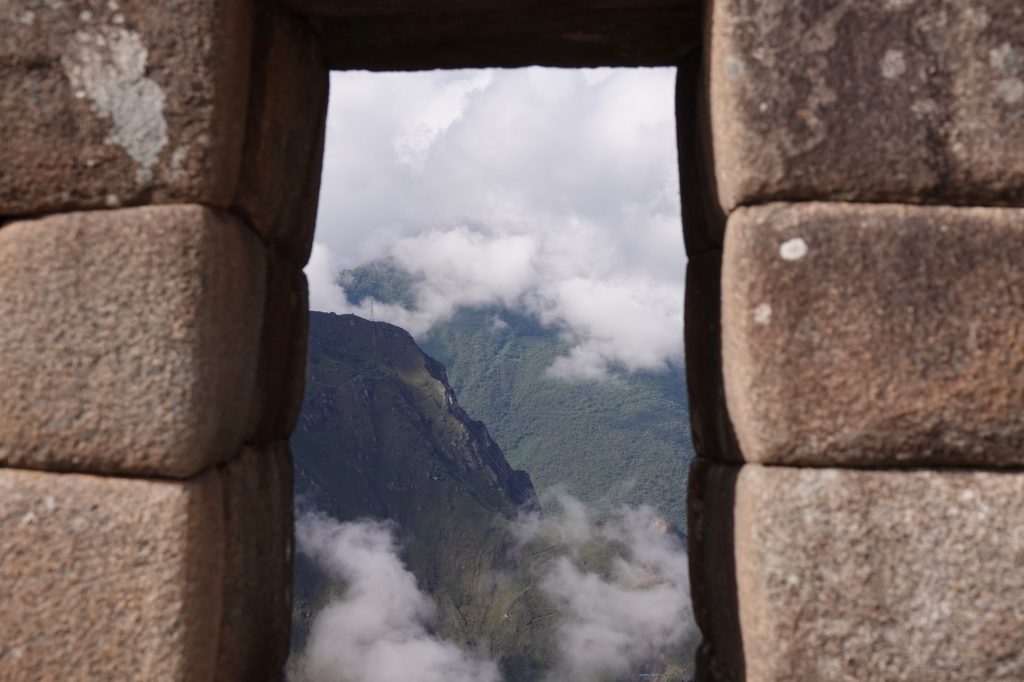 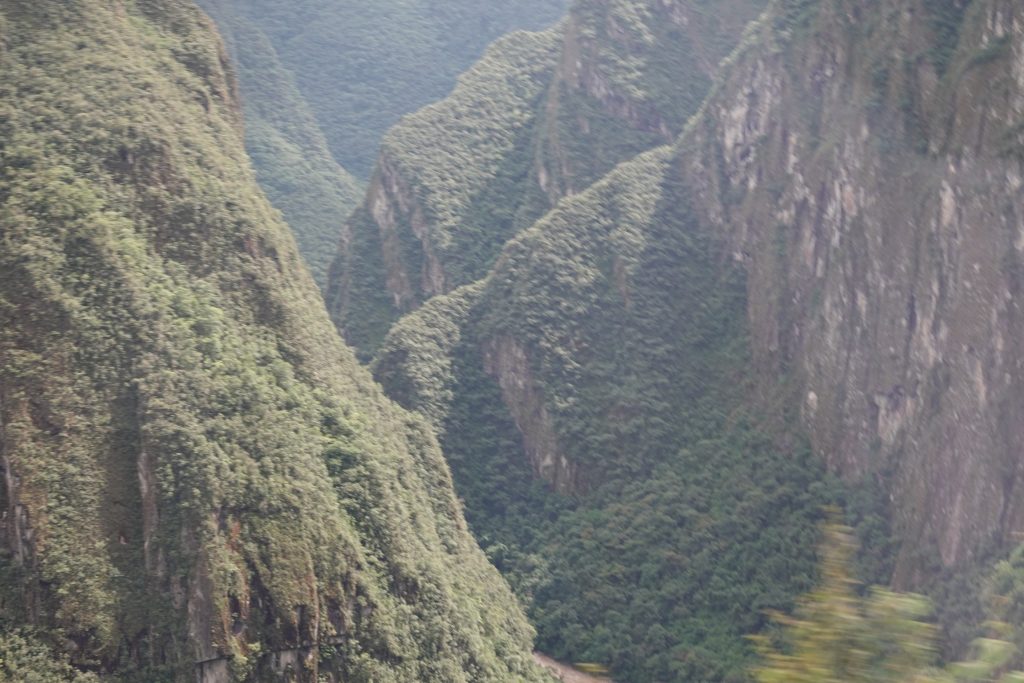 We were lucky enough to get an early train back at 10.30 and happened to sit across from an American lady called Franny, she had just visited the site the day before after spending time in the jungle at a retreat, it turned out she was a hemp farmer, ran multiple businesses in North Carolina and spoke on women in farming and business a lot including TED talks, we got on very well on the two hour trip and she eventually hitched a ride back to Cusco with us and introduced us to her friends there. 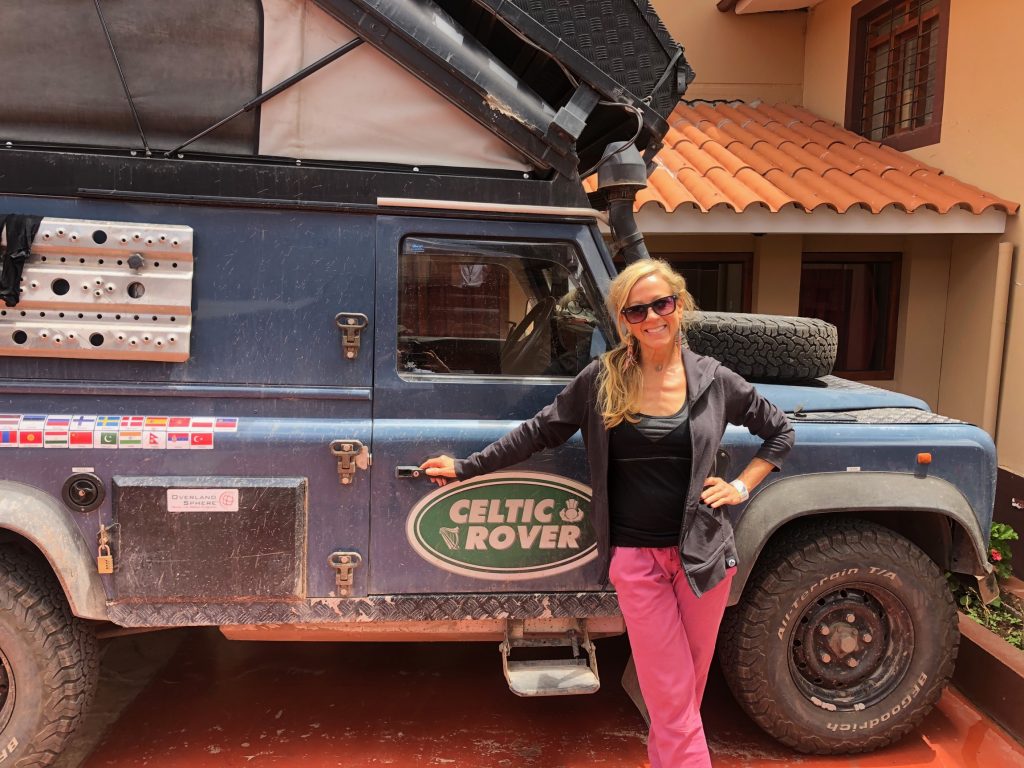 When we were in Cusco before we had camped at an Overlanders place up in the hill above the town, but it was a good way out and did not have a great common area for working on blogs etc so I picked out an Irish owned hostel called the Wild Rover, it was a bit of a party place but I was able to sleep away from the noise in Nelson and it was both cheap and secure 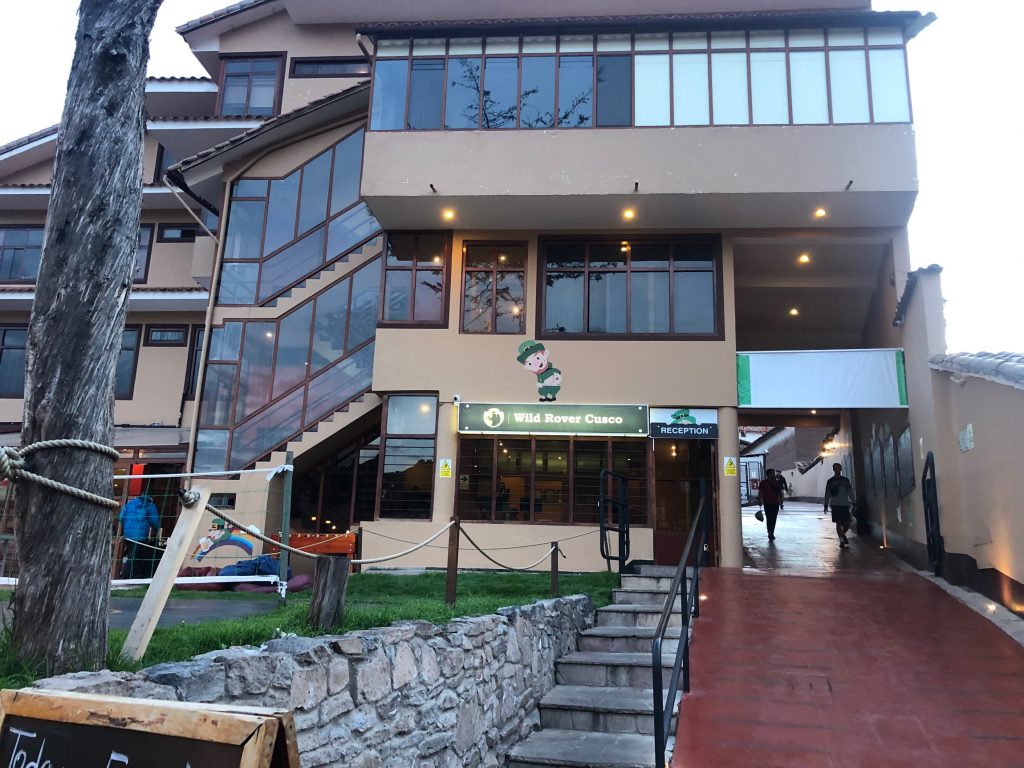 Due to the troubles in Bolivia our plans had changed and Duncan decided to leave the tour here in Cusco as we could not press on to La Paz and my friend Mark who was supposed to join me in La Paz rerouted to Arequipa, so I am off there over the next two days solo to pick him up as Duncan takes a few days in Bogota on his way home to the UK.  A few days packing Duncan up, enjoying good food, cleaning up the car and getting my photos and blogs up to date has been a great break specially not having to pack up and drive each day which I had been doing nearly constantly for more than a month. 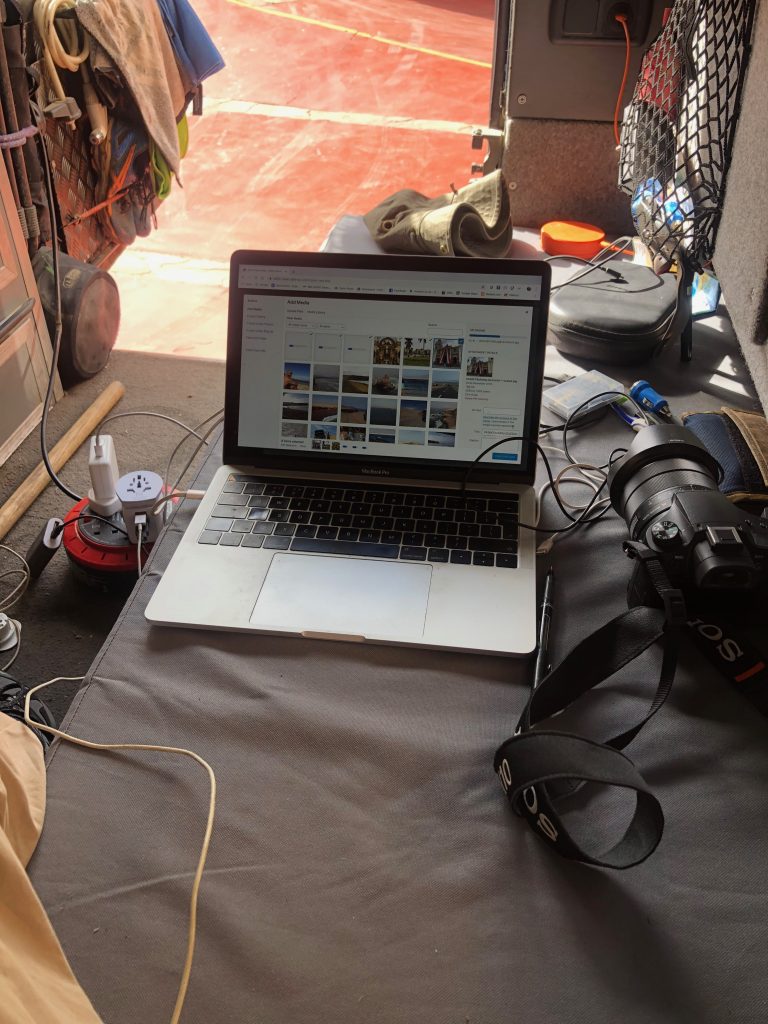 So a parting picture of Nelson in mobile office mode, sustained by the free coffee from reception and the good wifi from the hostel

Previous Protests and Canyons, a walk on the wild side
Next Cusco and Duncan is off….