If it’s Monday it must be Venice… 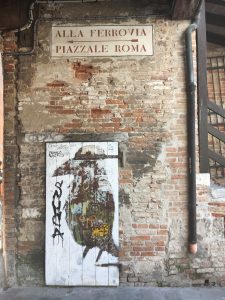 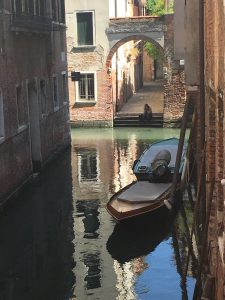 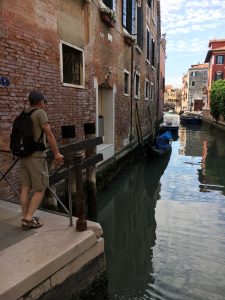 Exploring the beautiful city of Venice t0day…..waterways and secret passages opening up into beautiful piazzas. G and I are being lazy tourists and are just enjoying wondering about in and out of the tiny streets on either side of the Grand Canal working our way towards Piazza San Marco to see the stunning byzantine domes of the Basilica San Marco, dating back to the 9th century. We had lunch at Ristorante da Cherubino which was tucked into one of the tiny streets and was nice and cool away from the midday sun….caprese, lobster fettuccine and a cold glass of Verdicchio….perfect to set us off again for the afternoon. We caught a vaporetto and got a lovely view of Venice from the water…nearly as good as the view I got flying in on the EastJet direct from Edinburgh the day before as the plane circled over the lagoon before landing. A very decent coffee of 2 and then back on the bus to the campsite which is in a great location just 5 mins from the city. Venice is a key destination for the Roof of the World tour due to its importance in medieval times and being a key trading power on the silk road. It is not hard to imagine why Venice was such an influential city due to its location in the heart of the lagoon on the North East side of Italy near to the trading routes from the East.