At then end of our trip through Corsica we came to Dubrovnik, and although very beautiful it was really overrun with Tourists so I was ready to “get away from it all” even though we were still basically in Europe so we left Dubrovnik and headed to Montenegro 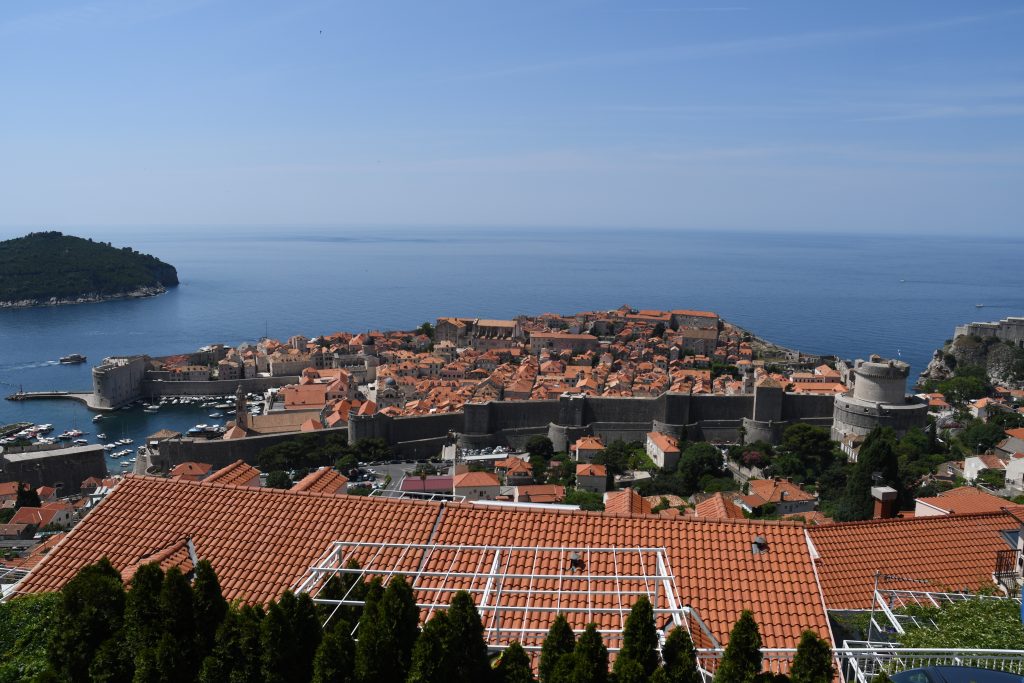 The next task was to cross the border into Montenegro which was pretty easy we just had to buy some local insurance 15 euro and we were in, the nice customs guy asked me if I had any guns and then smiled and waved us on!  In Montenegro we crossed in a ferry to get to the lovely city of Kotor nestled into the hillside, thanks to a tip from Mark Wilkins. 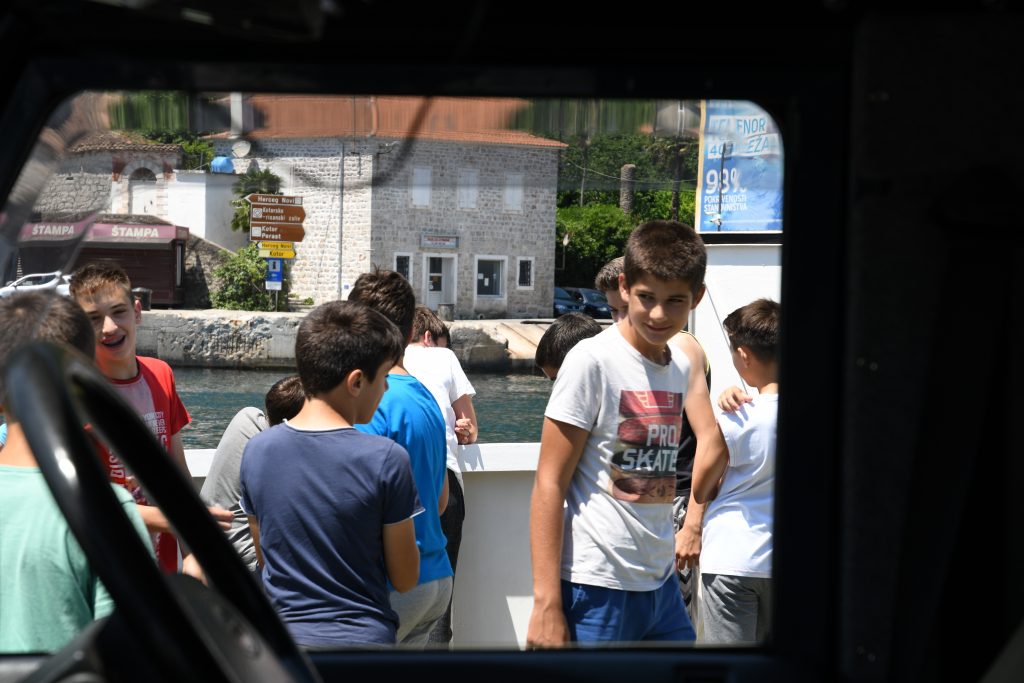 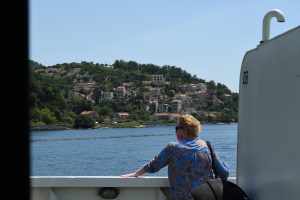 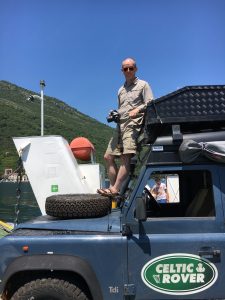 Kotor was a real find, it was nearly as stunning as Dubrovnik, but with one fifth of the tourists – I guess because the big cruise ships cannot make it into the shallow port – all the better for us. We had a lovely time walking around the city and at this point we decided to blow our budget and had a very nice meal in the square serenaded by a well played violin, you can see below I am finding all this driving along beautiful coast roads in 24oC with a nice breeze and small islands dotting a blue sea very stressful. 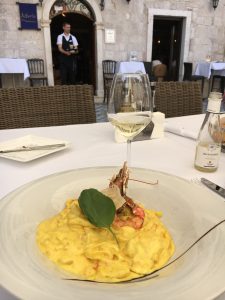 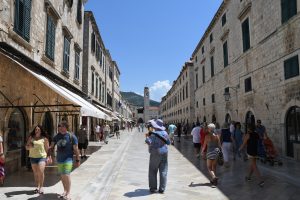 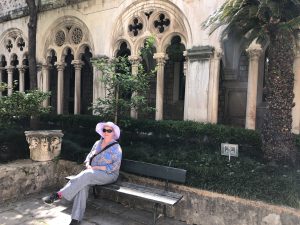 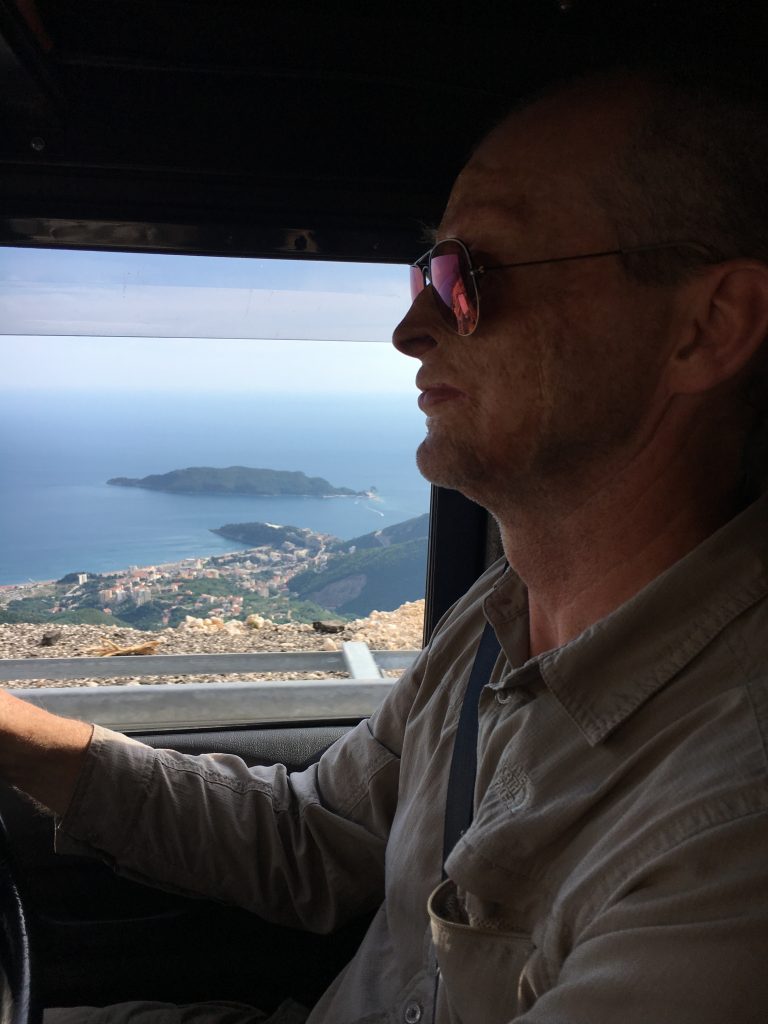 Off we went to lake Shkoder which, was a bit of a push after our leisurely romantic lunch, so it was nearly dark when we crossed paths with two other overlanders also hightailing it to the very pretty Lake Shkoder campsite, very nice location on the edge of the lake and a great resturant allowing for lovely views of the setting sun, by this time we were in Albania and had to pay another 40 odd Euros for insurance in that country – should have got a green card with the NFU but one can’t remember everything. 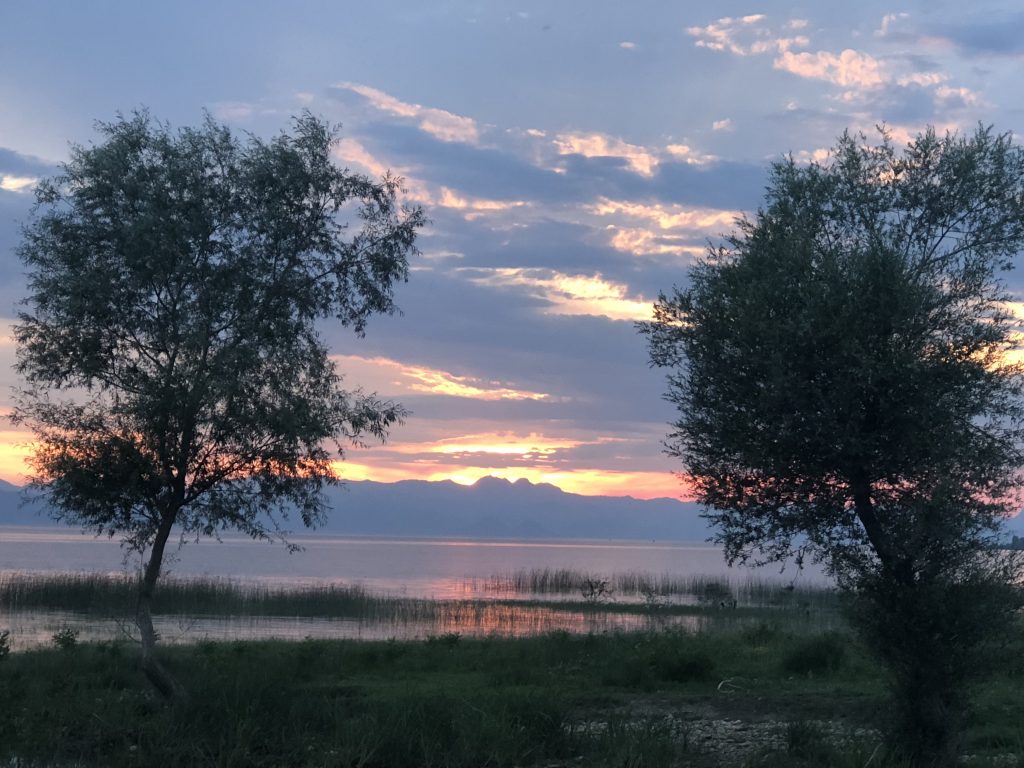 We went for a couple of salads and drinks while watching the sun go down over the nearby mountains and collapsed into bed after chatting with some of the other overlanding folks very content with our day.

Albania was something else all together, we headed into the mountains to find it is visibly much poorer than the other countries we have been in and we could see lots of folks with one or two cows or hand cutting crops in the fields, many of the houses were derelict or poorly maintained and the roads had a few challenges, even major roads snaked over the mountains and we were rarely above 3rd gear with a surprise tractor, cow, dog, or full sized articulated lorry waiting around every corner, at points the road itself disintegrated into mud and stones – and this was the big roads 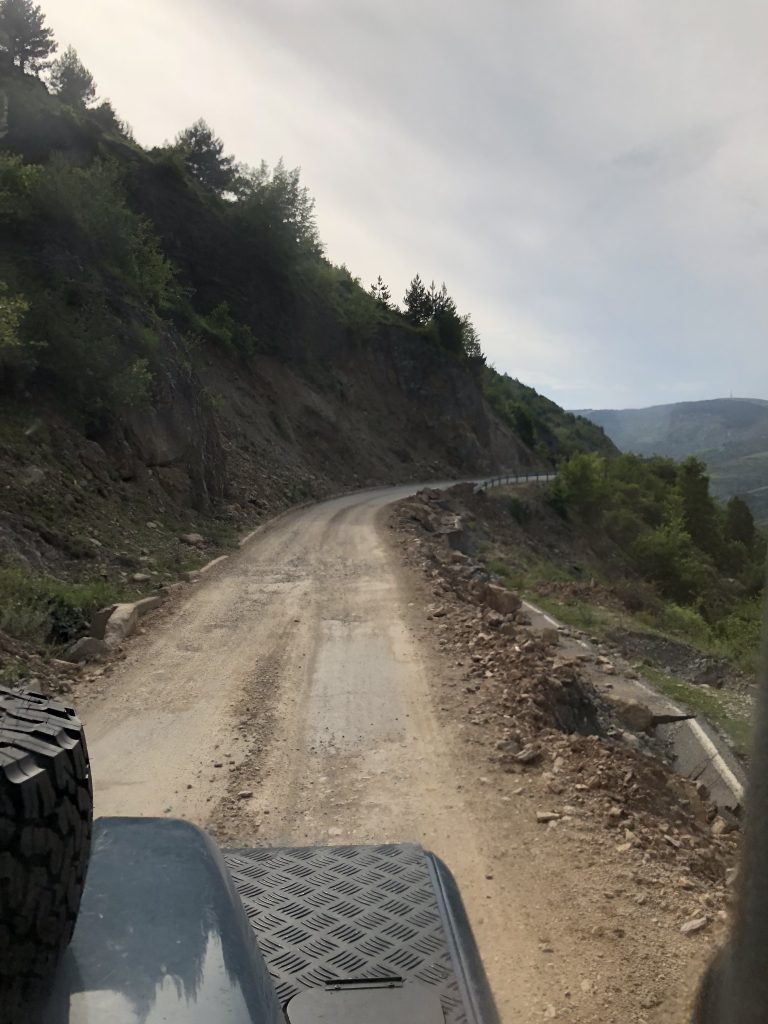 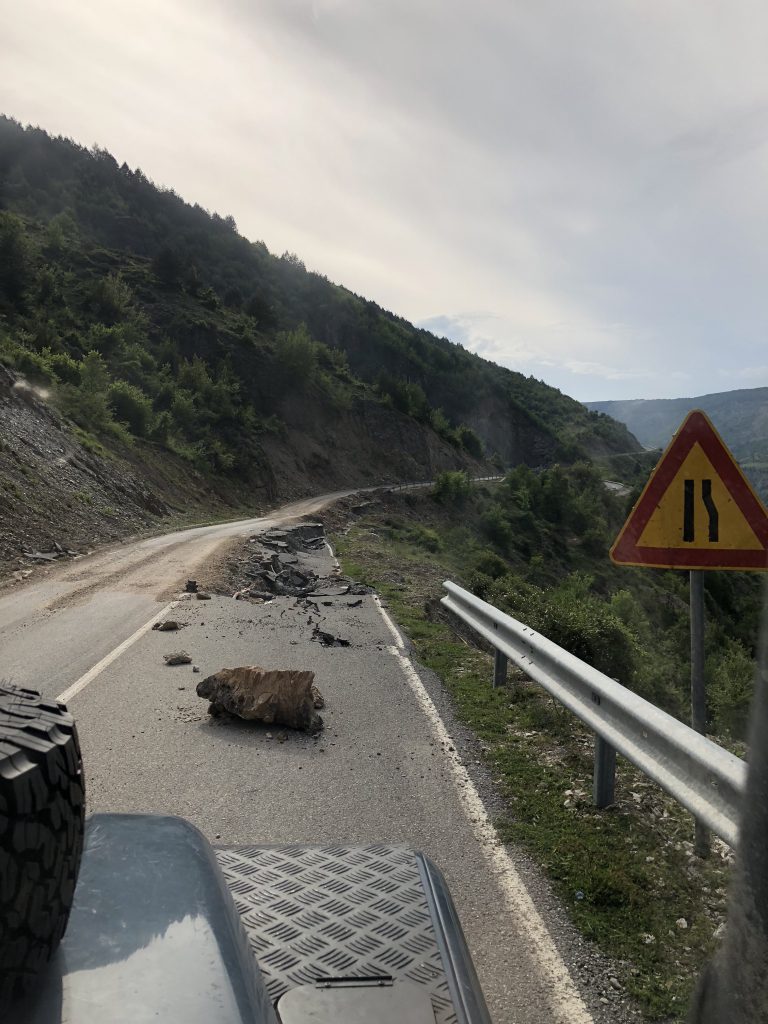 Partly because of the adventurous roads and mostly because of the superb scenery we really loved Albania, the people where friendly and the views stunning, it was hard not to enjoy the twisting mountain passes, the sheer drops and the amazing mountains which just went on and on for hours.  Too many hours as for the first time we did not make anywhere near the distance we had hoped in the day and ended up camped in a nice lady’s orchard on the rivers edge for the night with a few others in the town of Peshkopi some four hours short of our destination. 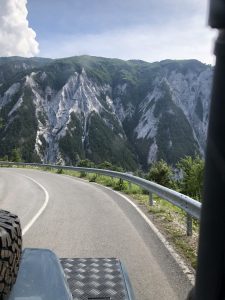 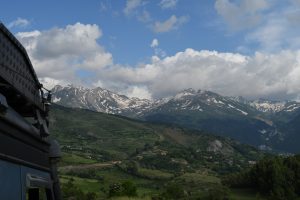 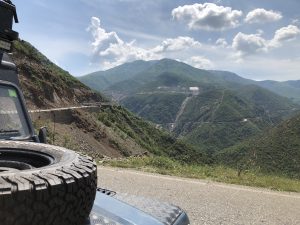 The next day we had to push on so cut across the corner of Macedonia where Lee decided the scenery was so pretty that she was reminded of the sound of Music scene and did a little dance….we both really enjoyed Albania and Macedonia specially Albania so that is on the list for a return visit and a proper exploration of the Accursed mountians that we missed on this trip due to the time pressures of the schedule 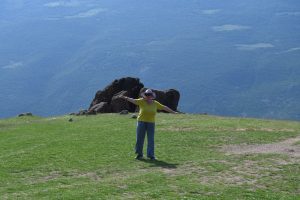 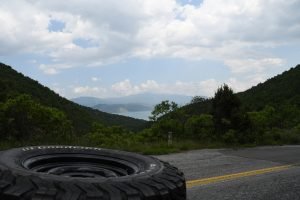 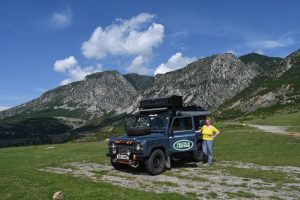 Finally for this blog at least we made it to the Aegean sea in Greece for two days of very relaxed cruising along the coast before we leave Europe tomorrow heading to Turkey, my last “easy” country before shifting gears and heading into Iran, sometimes overlanding can be tiring and difficult and sometimes as the picture below shows, its just not……. 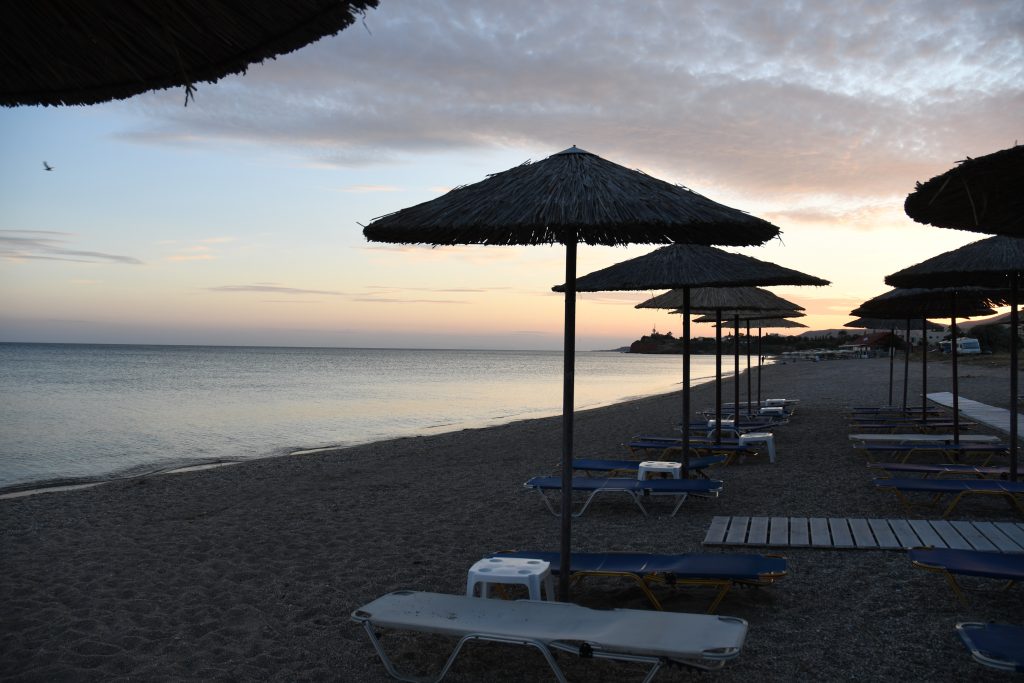 Previous Croatia and Bosnia
Next The Friendship of Iran – before Iran