When we got across into Argentina from LagoPellaga we were a bit wet and slightly stressed by the trip from the border in the rain, it had made us and the road very wet, which in turn made the muddy forest track really slippy for our 3te Land Rover, lee had done a great job in catching a rear end slide on a steep downhill section of a narrow forest track. 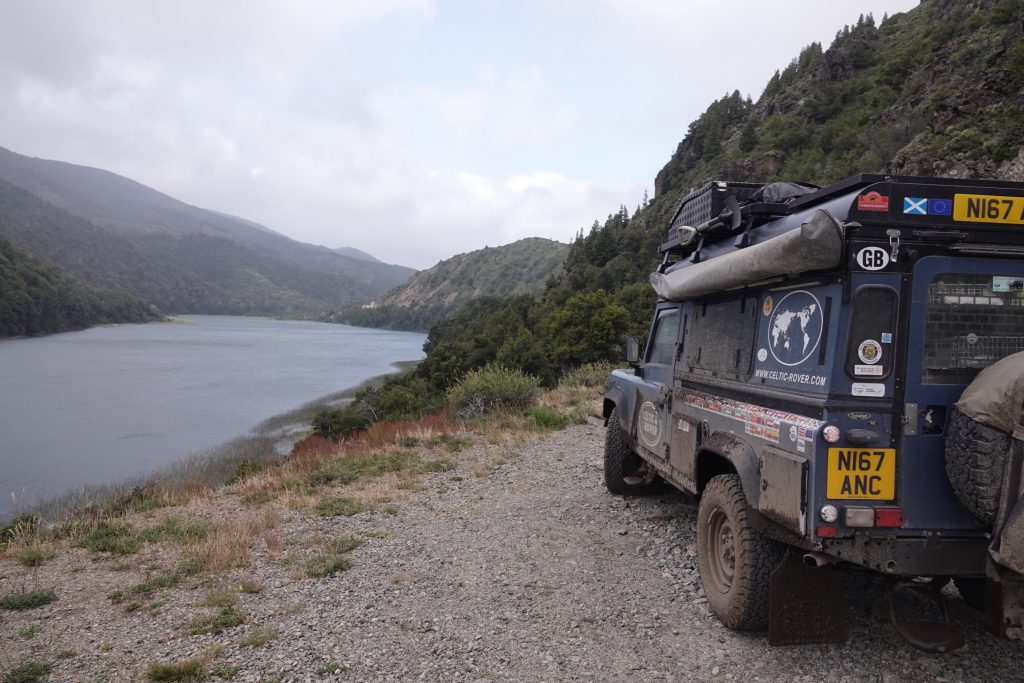 We could see that the weather forecast was for sun and 25C so we deserved a good chill out in the nice town.  Sometimes when you have different copilots there is a tendency not to take a rest from driving as there is always another nice road/pass/waterfall to see but to do this type of travelling for six months it is necessary just to take a rest occasionally and catch up on admin and washing etc or just to relax.

In this case it was just as well that we had decided to have a down day, I woke up around 6am and glanced at my phone to see a series of messages from our youngest daughter Holly.  She had set out from her boyfriends house in Selkirk early that morning in the UK in some snow and had not made it round the first corner, instead putting her car into a wall at the bottom of an icy hill and doing a good deal of damage to the car. Thankfully she was not at all hurt, well maybe her pride was hurt and likely my wallet would be hurt later in the process but as we were at a campsite with a decent wifi I was able to get in touch with her immediately and help with some moral support and advice.

This ability to often be in touch, thanks to the wonder of the internet, with video chat and WhatsApp, is a real game changer for longer trips.  On the positive side it very much means one can keep in touch with family and loved ones, they can follow your trip and feel a little bit like they are coming along on the trip – it also leaves you with a decent record of comments and pictures to pull together as a record of the trip.  However it does mean that some of the immersion in the local culture is lost and there is a tendency at times not to live in the moment of the place where you are but spend a part of your time living in the world you have left via social media, blogs and messages.  In this case it is an enabler as knowing we are in constant touch allows us to leave our two daughters at home knowing they can get hold of us in case of difficulties such as happened this day.

At the end of the day we had managed to talk to Holly on video chat get her insured on Lee’s car, helped choose a path forward for the repair and transferred the money needed to effect the repair to Holly so it was a really positive example of the internet and associated apps working really effectively from a campsite in remote Argentina!

San Martin was a lovely little town and we were able to take a leisurely walk around to the wind blown but still popular beach and had a lovely posh meal at a traditional asado style resturant with (I am told) excellent red wine, so a useful and enjoyable day off our “road trip”

The next day as we set off early and rested along the lakes to Bariloche we were rewarded with beautiful weather, no wind and almost no traffic as we were early enough on the road to miss the crowds (and the queues at the filling stations) 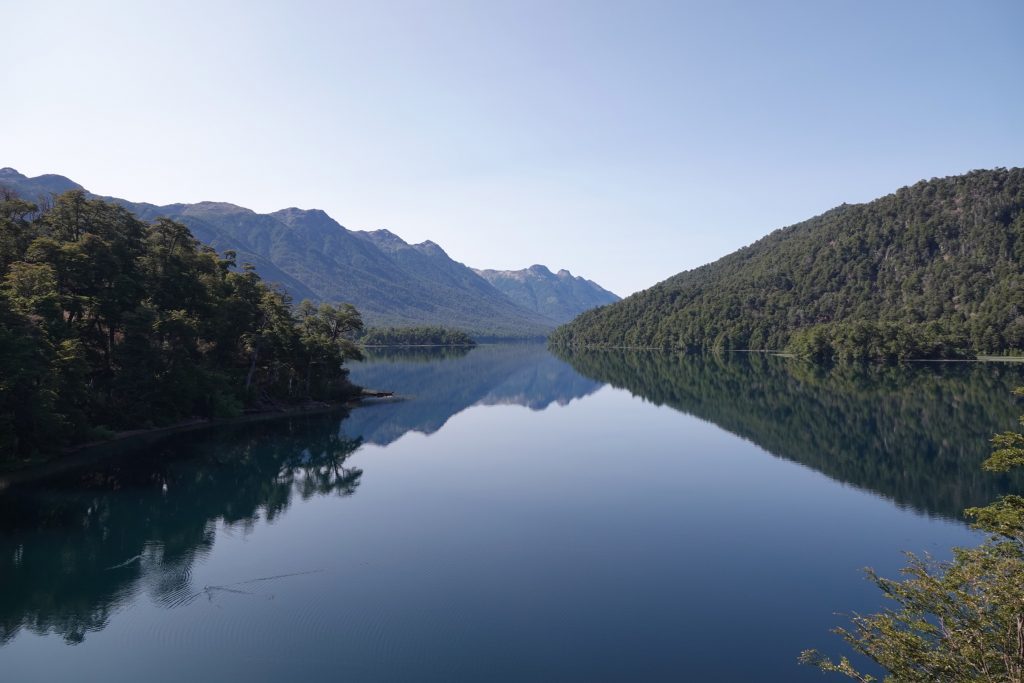 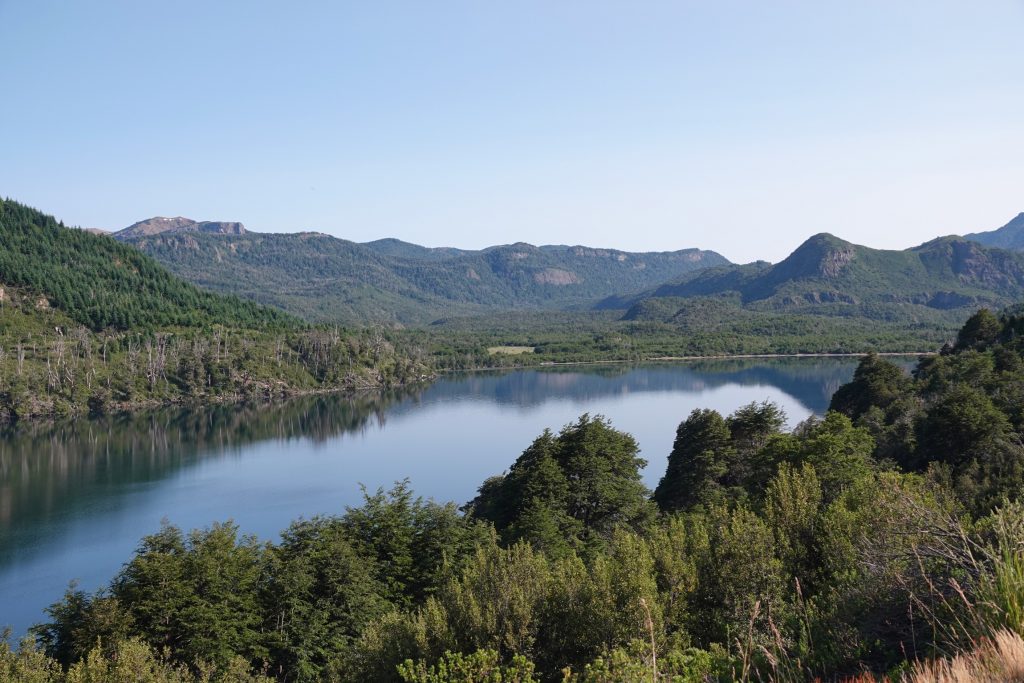 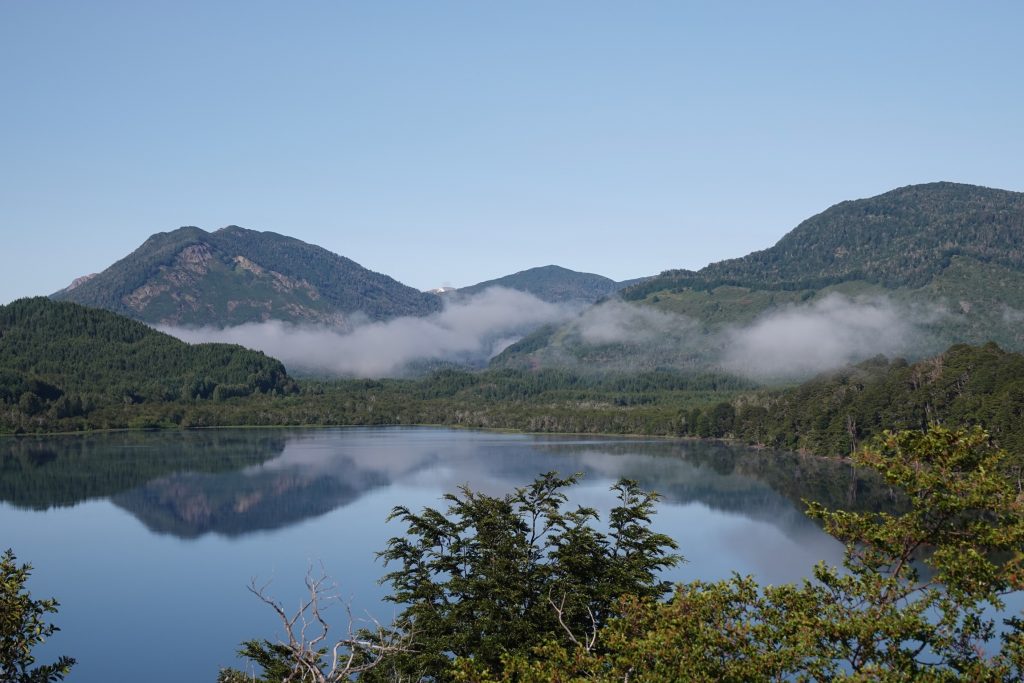 This route is called the 7 lagos route for the obvious reason that it skirts seven lakes but it is a really lovely drive in this type of weather, on the Chilean side we had rain and low clouds so we were not able to appreciate it as much but this was one of the best days driving on the whole trip, empty nice smooth roads and hardly anyone else on the road.  We decided to bypass the tourist centre of Bariloche as we had already spent two days in San Martin and pressed on to the ‘hippy town”of El Bolson instead to get a bit further south towards our next highlight at Les Alercs National Park

Previous The Full scottish
Next Perfect beach and perfect drive