THE NICEST ROAD YOU HAVE NEVER HEARD OF M52

Gerry Mulligan 22nd July 2018 News, Roof of the World Tour Comments Off on THE NICEST ROAD YOU HAVE NEVER HEARD OF M52 628 Views

I had not heard of the Altai region before this trip but it is astoundingly beautiful and the Russian road through it is probably one of the best driving roads I have ever seen. National Geographic list it in their top ten according to the border guard on the Russian side.  To get an idea of the scenery you can of course look at the pictures below, another way is to imagine a little road, almost empty of traffic running at 2000m through Switzerland and Austria. It is however better than that as you can take away all the people and the organised towns and fields, then imagine good smooth Russian roads, the road running for most of their length aside a massive river, with lots of unfenced wild camping. Then you have the M52 Barnal to Oglii road

On this trip I ran along it twice, once on the way to Mongolia with Lee and once on the way back with Tony, of course I prefer to travel with Lee if I can but having Tony along has many benefits, one of which is his very tasty overnight porridge system with lots of added fruit and another is that he takes the most fantastic pictures ever as you can see below (thanks Tony) 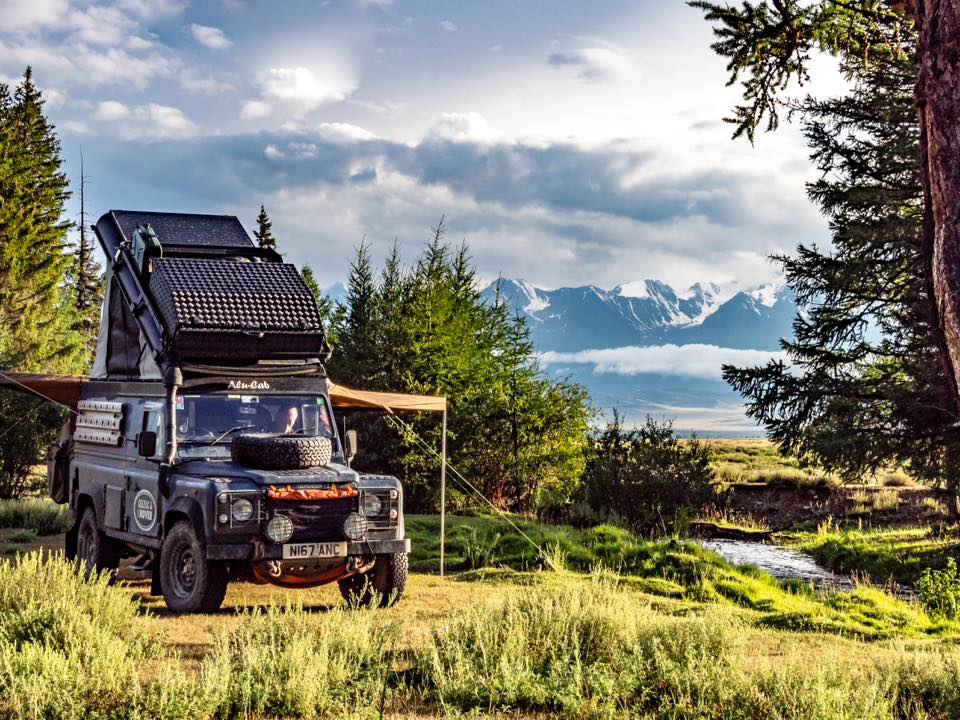 With Lee took us two days to make the run from Barnal to the border and they were two of the nicest days driving and camping that we have had in the whole trip. It is amazing how pretty the road is and how good the camping spots are, we stayed one night in a place which let us stay for £2 and use their poor wifi, and excellent showers. I was very impressed with Lee who turned down a £40 en-suite option as we would have to leave the car in a remote car park which we were not comfortable with. So we had a lovely stay in the woods with our own loo and shower and morning coffee overlooking the raging river. 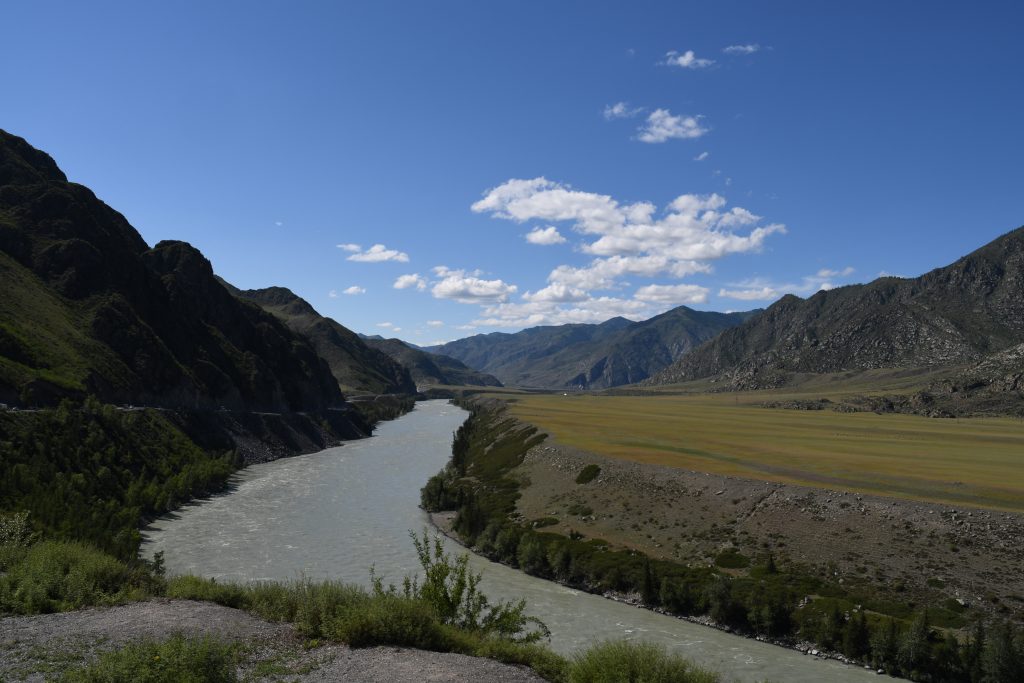 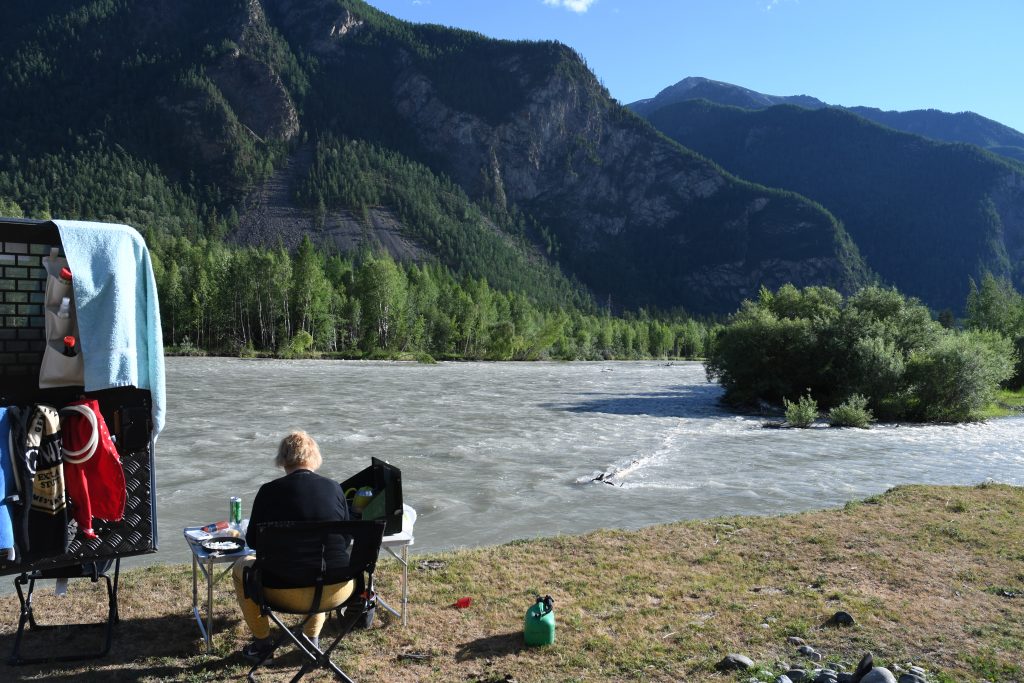 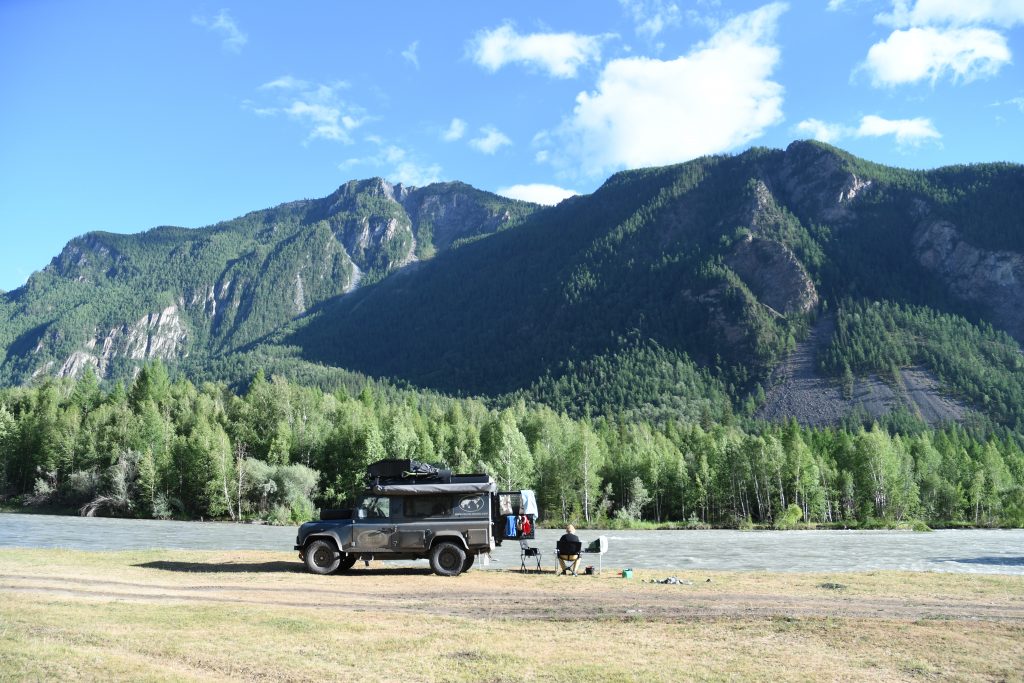 On the way back Tony and I stayed in the nice campsite you can see in the main picture, we had a surreal wake up call as some wealthy Russians who were staying just along the river in nicely catered yurts were being picked up to go to the top of the biggest local mountain – by helicopter ! 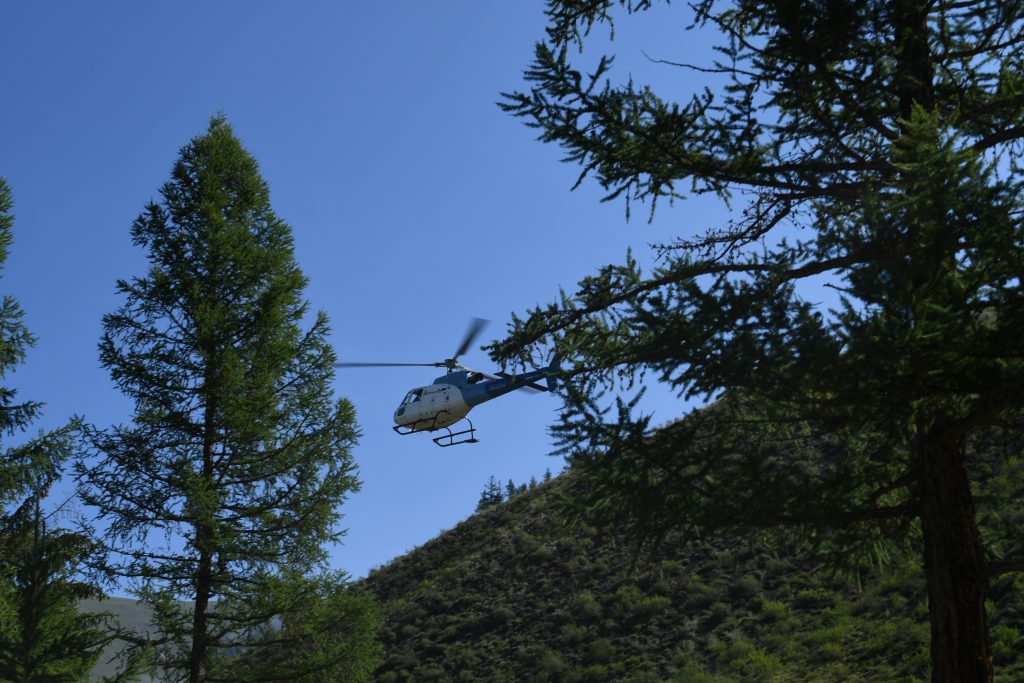 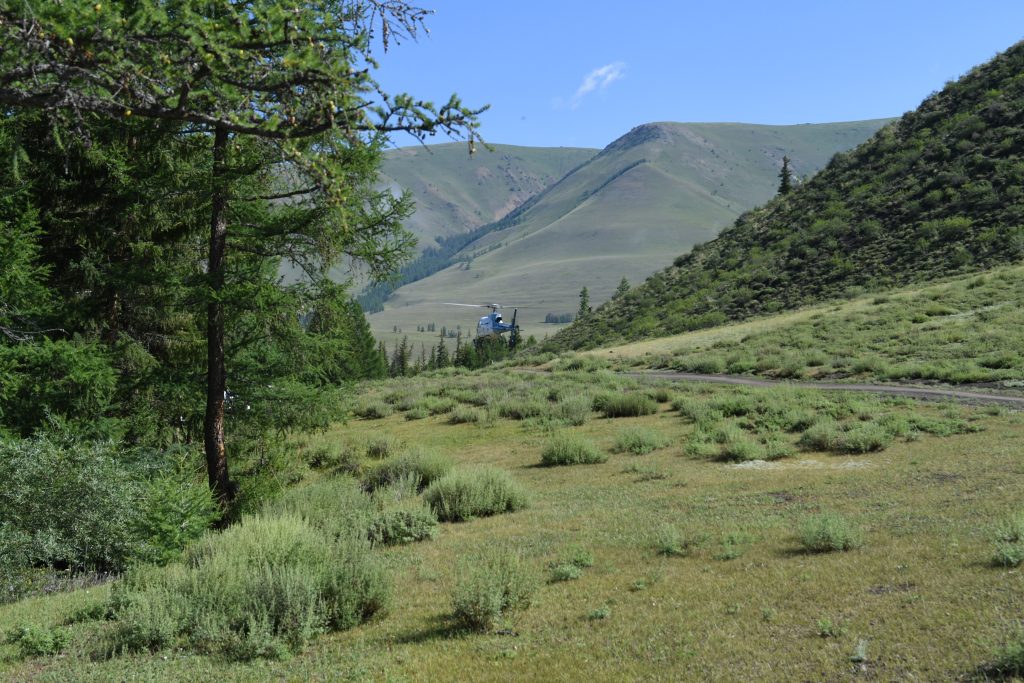