I managed to get to Almaty after a night sleeping on the steppes of Kazakstan as you can see below, this followed my long drive from Uzbekistan and the difficulties of the night time border crossing which I posted about already so it was nice to arrive and know I was about 14hours early for Lee’s flight. 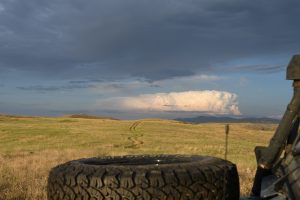 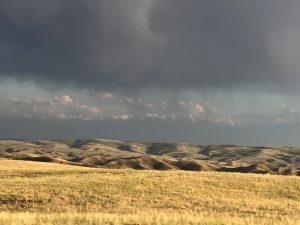 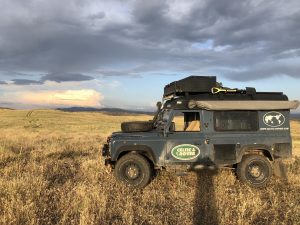 I am getting used to cheap living, and the sense of comradeship between Landy driving overlanders is strong, both if these were on display as I entered Almaty with the sunrise (having to avoid a herd of wild horses as the dawn rose over the grassland) as you may just be able to make out below. 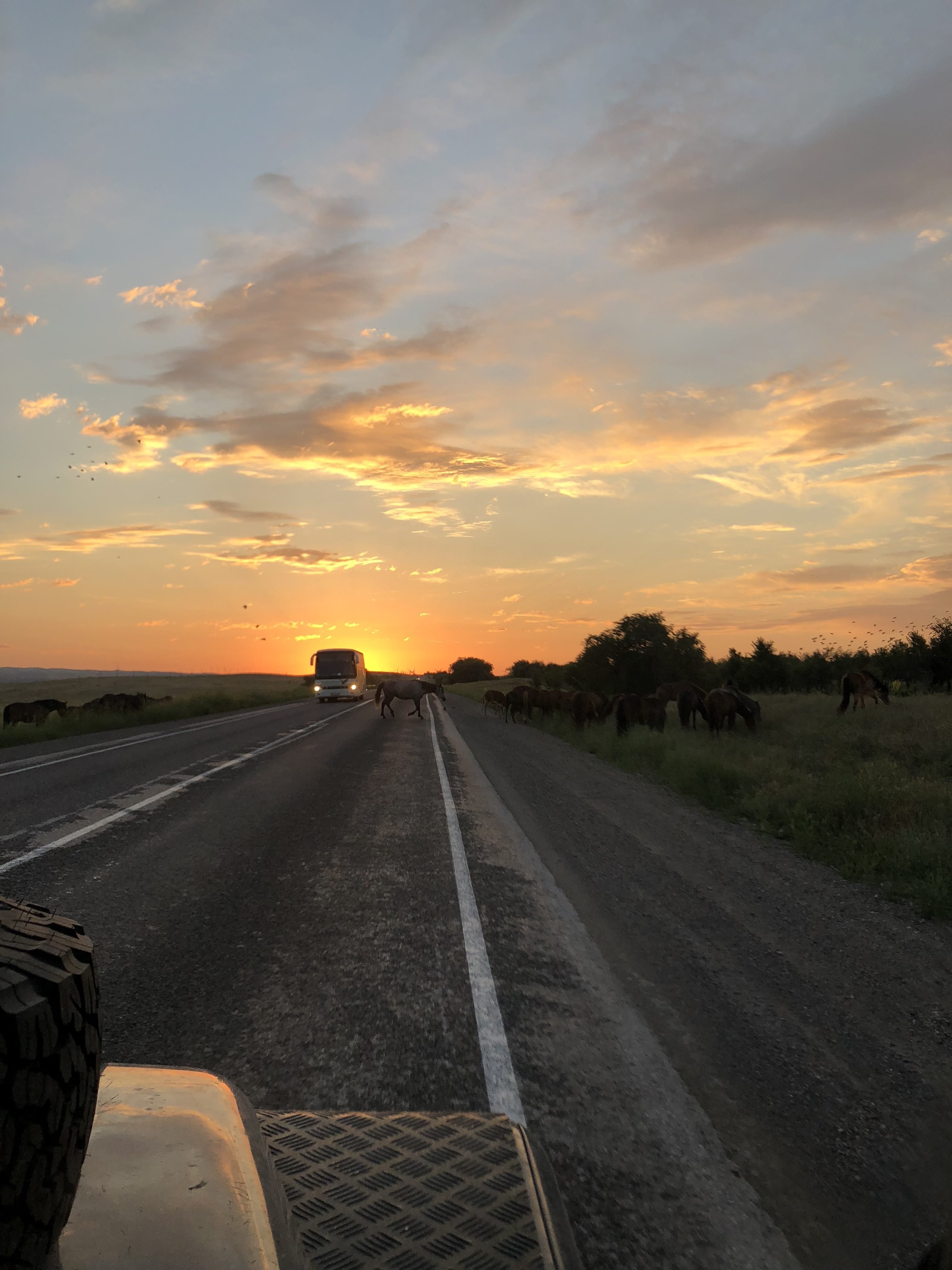 I met up with Robin and Kim who had been running about a week ahead of me as they could set off earlier but went over the black sea as they could not cross Iran with their UK passports. They kindly treated me to breakfast as we caught up on their news (a broken front differential, awaiting parts from the UK) and allowed me to use their shower, in return I taxied them to their new hotel near the green bazzar. We went to a few different places on the way due to a mix up in the address but finally I was able to drop them off and check in at the local Amigo hostel for a hefty fee of only $4, which allowed me to use their shower, wifi and lounge and ask the helpful staff for advice. That advice allowed me to fill up my water tanks, led me to Starbucks, some official money changing, and a great supermarket so we are all set up for a few nights wild camping on the Kazakhstan grasslands once Lee arrives

It is a strange thing to travel across ancient Persia, where the norms of dress and behavior are so different from the UK, and then get to Almaty which could be a town in Europe or the USA, the dress of the people and the set up of the city are all very familiar to the western visitor, even the driving is reasonably orderly not the chaos I had become used to in Iran and Turkmenistan. The final road to Almaty is a smooth four lane highway and Nelson could trundle along at a rapid, for him, 100km/h so it was all feeling very civilized.

I headed out to the airport and after jostling for a parking space I was set to have a sleep until Lee’s flight arrived at 4am, the airport was just like any other small international airport, very well organized, decent coffee shop, money changing and Loos it was all a bit surreal, specially when Lee popped out of the arrivals loaded up with coffee, biscuits and pears soap fresh from home in Edinburgh. It is true that modern communications and transportation make the world a very small place in some ways.

We were both running big sleep deficits at this point so we drove two hours out of Almaty in the general direction of Russia just to avoid the morning traffic, catching up as we went and finally pulled in for a four hour sleep at one of the many rest stations – the sleep was needed for both of us more than we realized, the next section of road was a real challenge for about 300km, we captured some of the sections in the pictures below. By the end of the second day of this type of road we were, in the words of the song, all shook up! 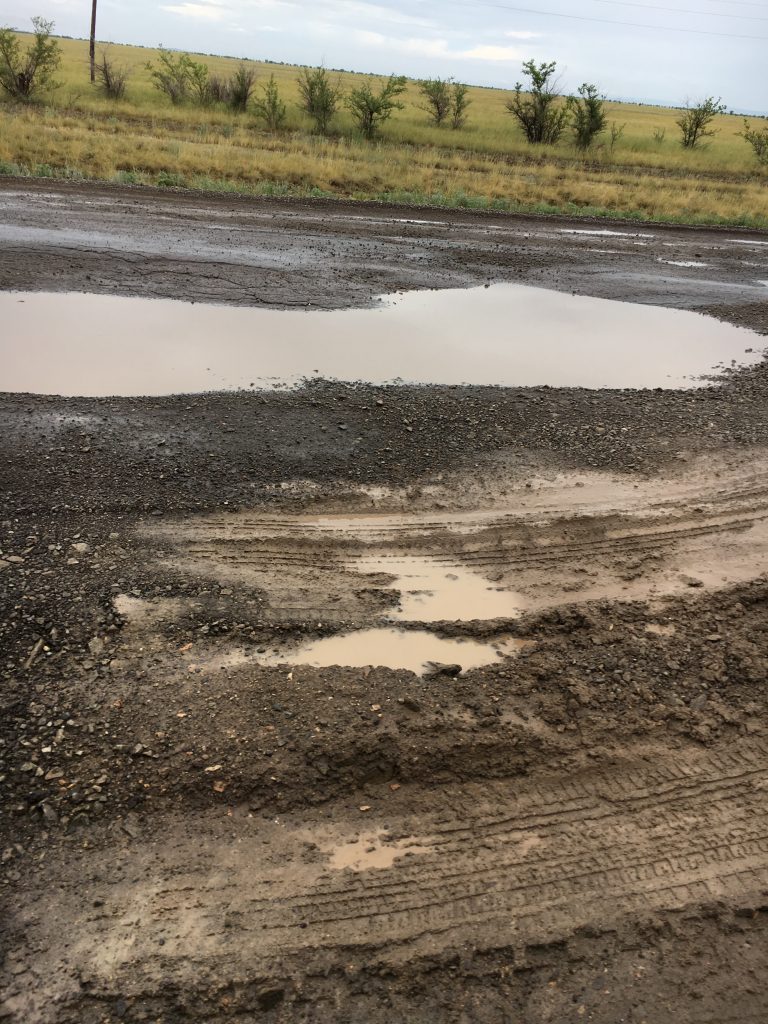 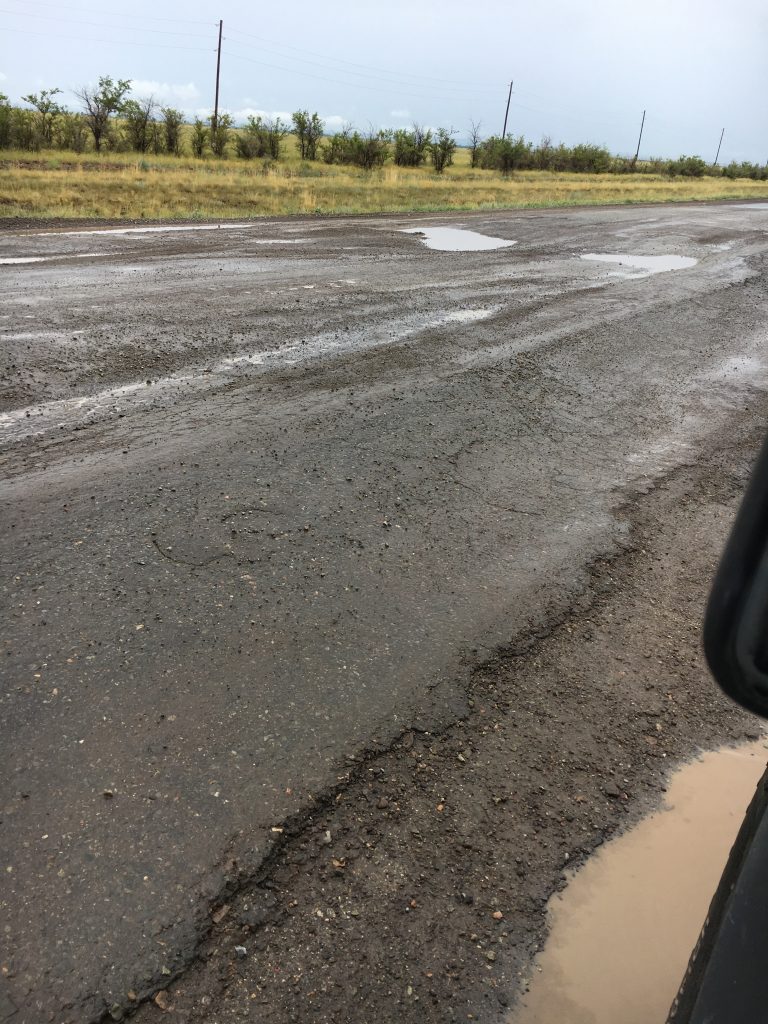 The bone jarring road was however only a small downside to the wonderful views across the grasslands, the herds of wild horses, cows and goats and the shepherds on horseback roaming the grasslands as once did the warriors of Gengus Khan in the past.  On the first night we struck lucky with a wild camp in a small valley, it was hot and we had both been up all night so a swim in the river beckoned and was a great refresher after a long drive.

On the second night thunder clouds gathered as we camped up and cooked dinner overlooking a lovely lake and mountain view, far enough from the lake to avoid the bugs that often come with reedy lakes we had a lovely sunset and a good sleep.

Now in out third night crossing Kazakhstan we have opted for a budget hotel with some wifi and a restaurant which is open for 24hrs so we can get an early breakfast and make the short run to the Russian border for our transit to Mongolia and the Naadam festival the first big objective after visiting Iran of this expedition.

It is no small achievement to have gotten this far and still be on plan, lets see what the future holds on that front.

Previous A weekend in Kazakhstan
Next A TALE OF TWO CITIES