Day of the dead (not us)

After the Jungle we headed to our last city in Ecuador Cuenca or Quenka as the locals pronounce it.  We had a plan to meet some internet friends Pat and Neil Hay there and catch up with tips and tales from the few years they have already spent in South America.  Their website http://www.cloud9ontour.com/ is a great read and a testament to the true grit of this couple.  The truck below has recovered from being up side down on the side of the Carrera Astral and Pat herself is a cancer surviver like myself but more recently so it is amazing to see them still pursuing their dreams

This is a holiday weekend in Ecuador for two reasons firstly it is the celebration of the independence of Ecuador, and secondly it is the weekend of the “day of the dead” where the people visit the graves of their family and remember those who have died.  As we set off from the campsite to the town we were surprised to see that many of the shops served their customers only through tough metal grills, and even the churches had the same system for praying 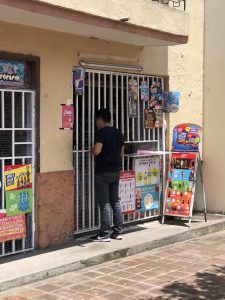 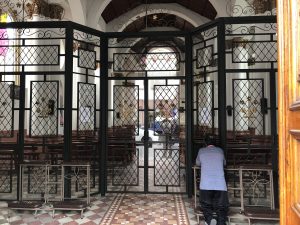 However once we made it into the centre of the city it was a very nice place with some good old colonial buildings, squares and a massive cathedral, not to mention some pretty good coffee and cakes. 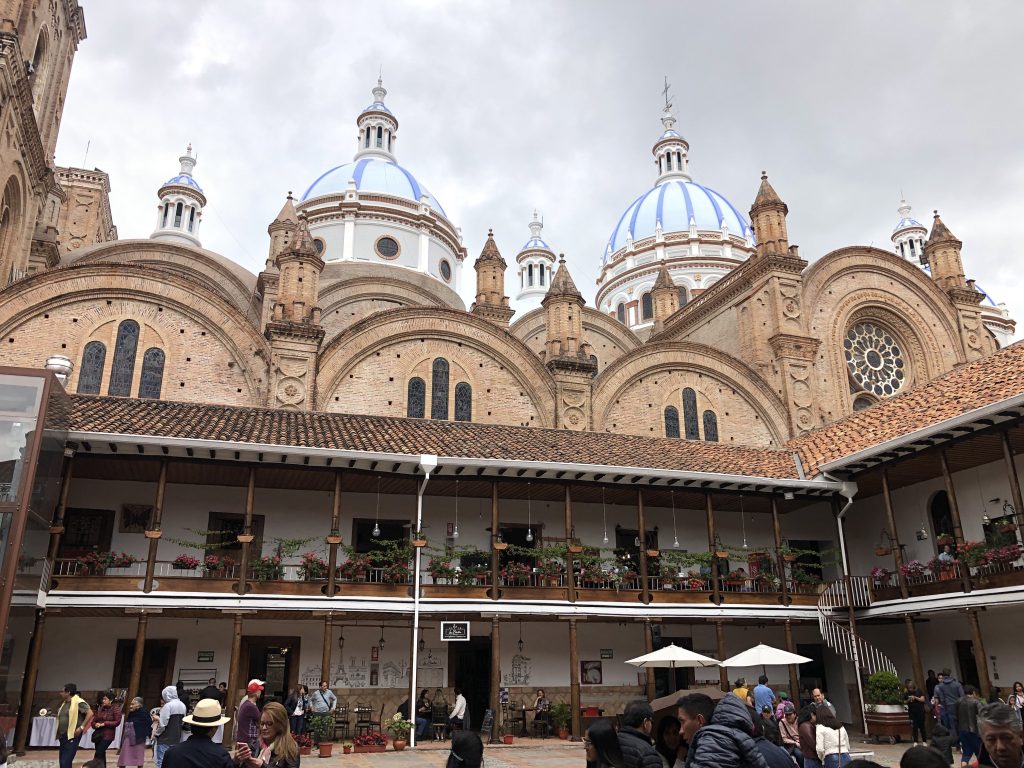 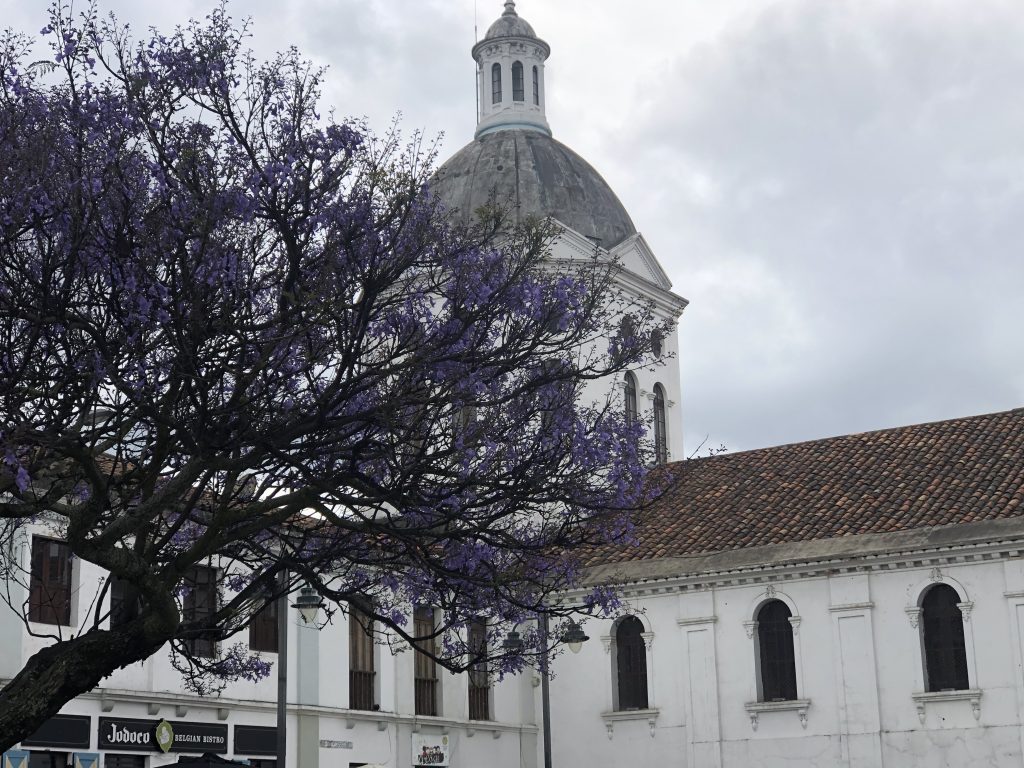 Errol and I had remembered the opening scenes of the James Bond where he is in the middle of a energetic and mad masked parade and had hoped to catch up with something similar and a bit of a Ecuadorian Party weekend but we were disappointed on that front.  It seems that the Cuenca version of the day of the dead is a more somber affair, so we did go along to a celebration at the local cemetery, but it was an open air mass with a keen priest extolling the virtues of the Pope as far as I could tell, and more touchingly many many families cleaning and dressing the tombs of relatives. 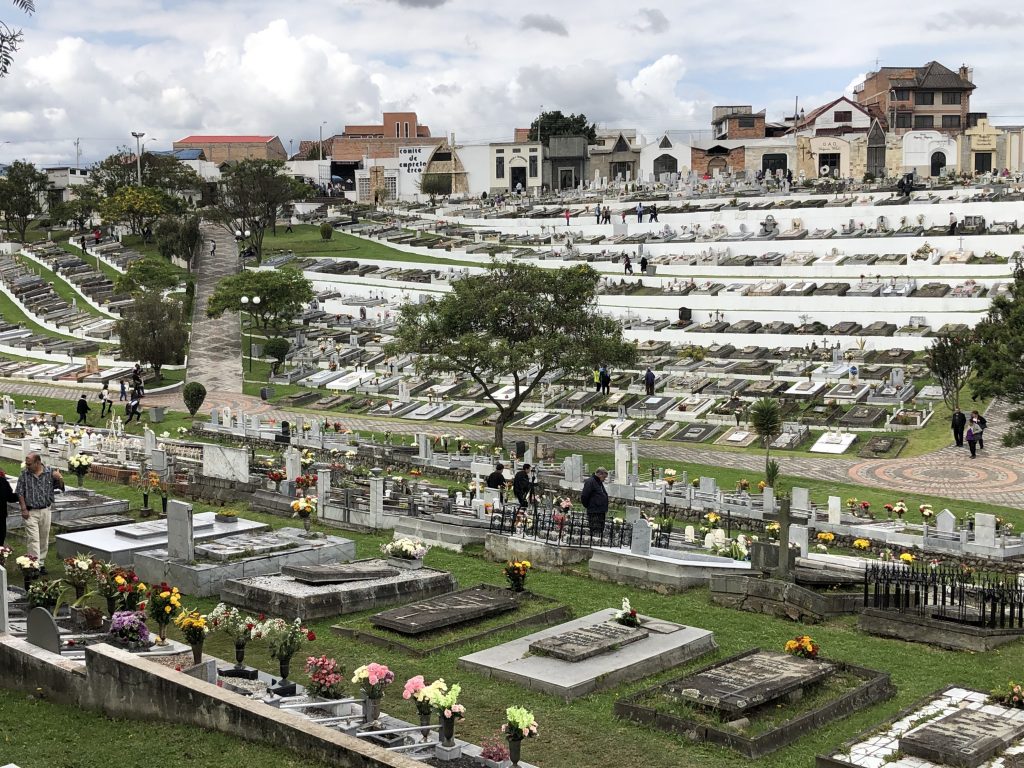 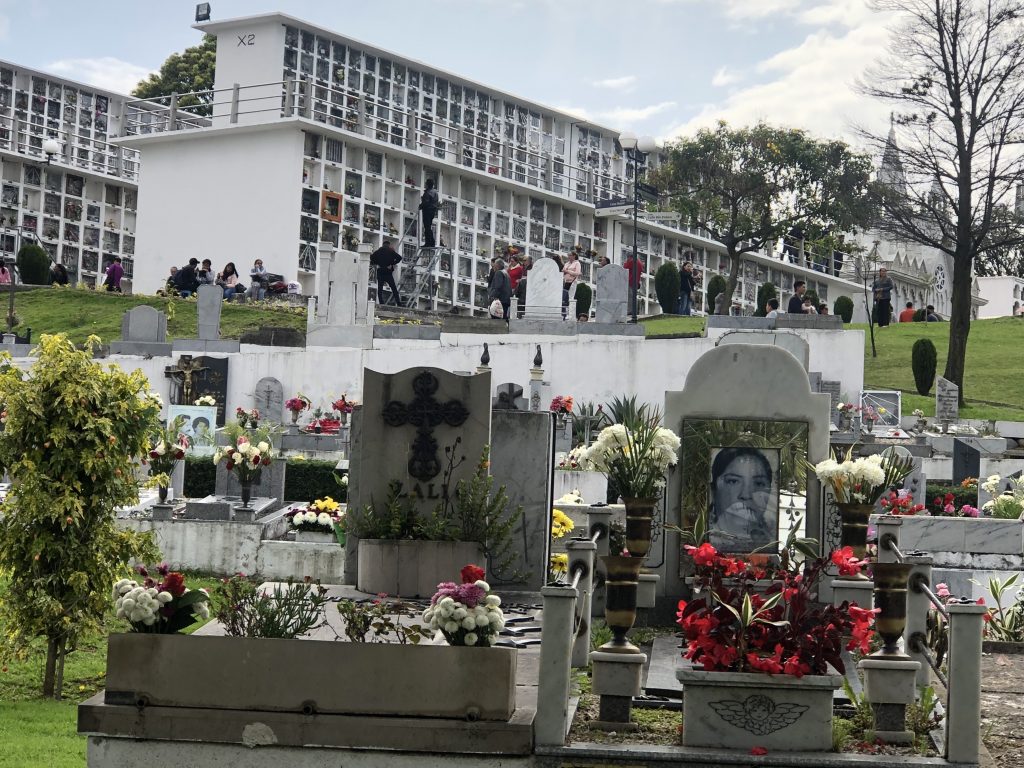 It was a funny mix of sadness and celebration at the cemetery and I was pretty positive about the idea of a community taking a day out to remember those who have passed away together I took only a few discreet photos as it did not seem appropriate and both of us took some time out to remember our own friends and family who are no longer with us.

We also went along to a massive craft fair, there must have been about 100 stalls from all over the Americas and surprisingly varied merchandise and very high quality craftsmanship on show.  There was also a few live band performances and some great food stalls to keep us going through the day. 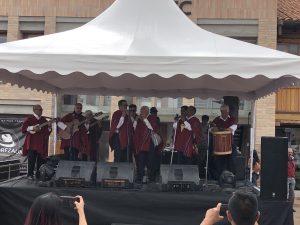 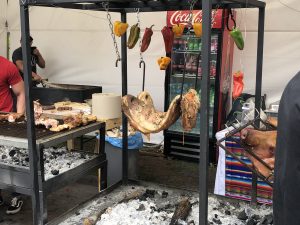 Quenca city is a very nice city, the climate is great as the altitude is just right, there is a good mix of history, churches and nice squares, it is clean and tidy and feels very secure, traffic is very reasonable and there is a lovely park along the side of the main river.  It was a really pleasant final city for our stay in Ecuador and confirmed again the very positive impression that this country has left us with.

Off to the beach next ….