One of the themes of our time in Ecuador has been the incredible variation of the country and climate, in earlier posts I covered some of the variety from volcanos to the coffee regions and the changes in temperature that can occur in just one days drive.

Our next adventure, delayed a bit by the collapsing bridge, was to move into the Amazon Jungle on the east side of the Andes.  In this trip  we began the day by waking up at 4000m, having endured a cold night and some poor sleep (as I kept waking up needing extra breath every half an hour or so).  Previously when I have been at high altitude I have been able to approach it more slowly and I carry diamox to help with the symptoms of altitude sickness, in this case, because our plans changed when we hit the problem with the bridge, I was unprepared and paid the price in bad sleep and a headache.

So groggy in the morning, but fortified by some nice strong Colombian coffee, we set off for the jungle a drop from 4000m to just 500m above sea level.  It was an easy run and we went from windows up and heater on, to all the windows down, two layers of clothes less, and our vents and fans on in just four hours as we finally sweated in the jungle heat and humidity.

The place we decided to stay was just outside the village of Misahualli called Sinchi Warmi was set up and run by the women of a local community and was very well set up for us as you can see below. 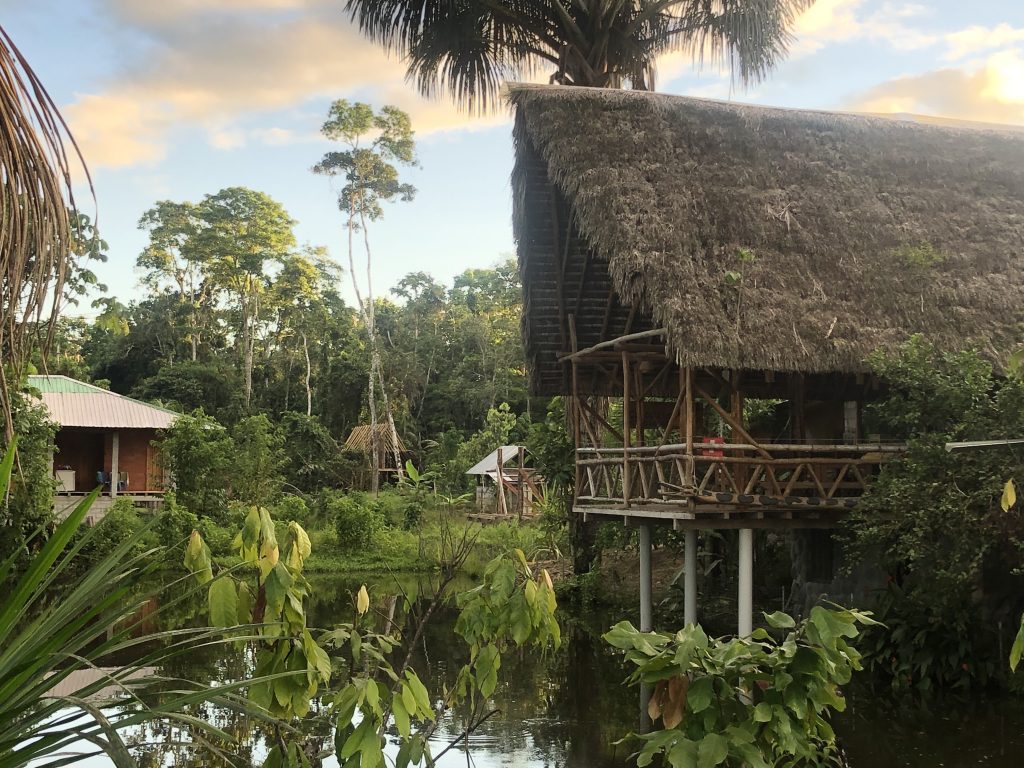 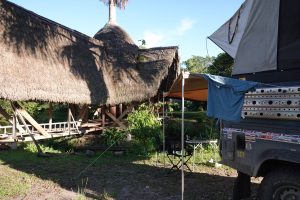 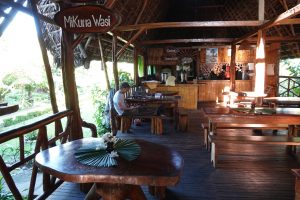 The folks were suffering from a lack of tourists due to a combination of the recent riots and the fact that it was the rainy season, (although it is pretty much always the rainy season to some extent in the Amazon basin) so we were lucky enough to have the place to ourselves with one other overlander in a big truck (doubledutch on tour).  This meant we were able to organise a boat tour on the the river Napo, which is a tributary of the Amazon River, a cultural tour of a village and a lesson in chocolate making in the evening for the following morning without any trouble.

The boat trip on the river was fun, it was in typical long boat with an outboard on the back and the river although wide was pretty fast flowing as we were not so far from the mountains.  The fast flowing water did not lend itself to much in the way of animal sightings but we did see a lot of local people panning for gold and fishing in the river. 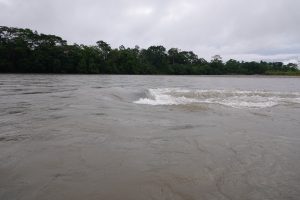 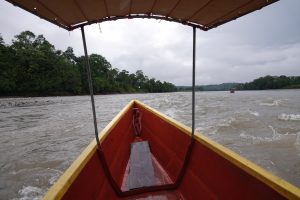 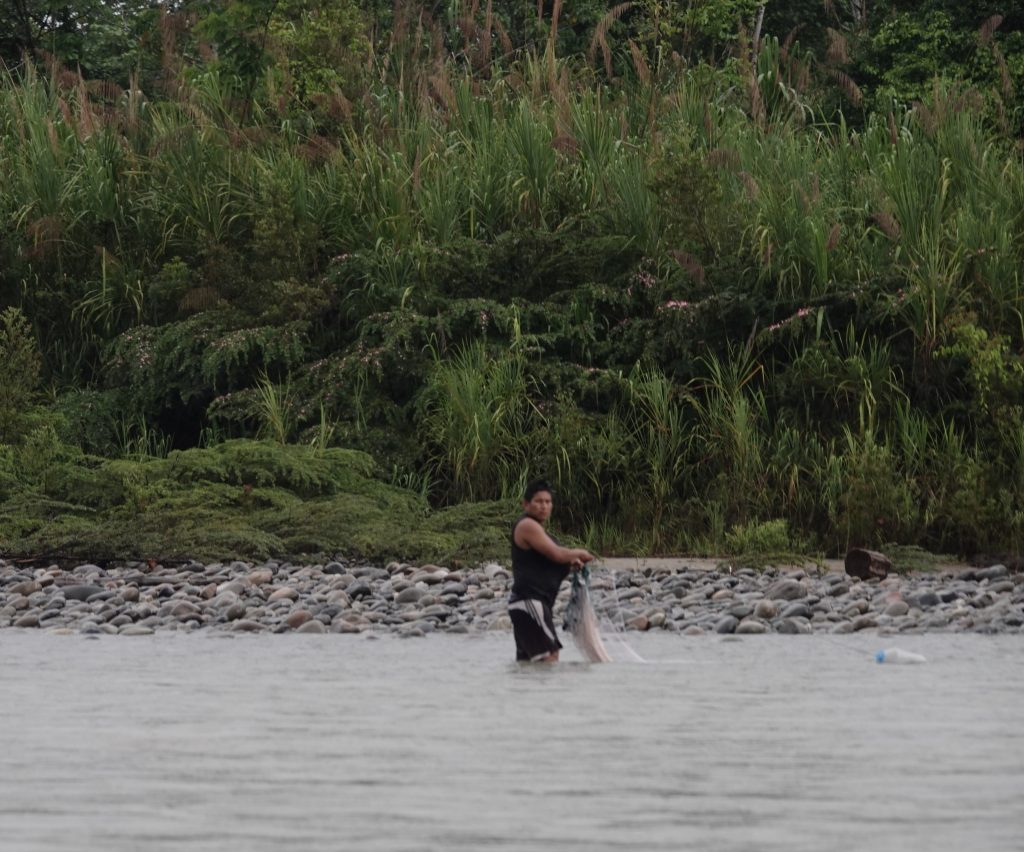 In fact the guy in this picture who was fishing with a net in the river as we went downstream turned up soaked through to welcome us to the village when we turned up for a tour.  The tour itself was a tough test for my Spanish but both Errol and I had a shot at the long blowpipes and we did see some monkeys and colourful Parrots while learning which plants were good for different ailments (at least as far as I could remember my medicinal Spanish) 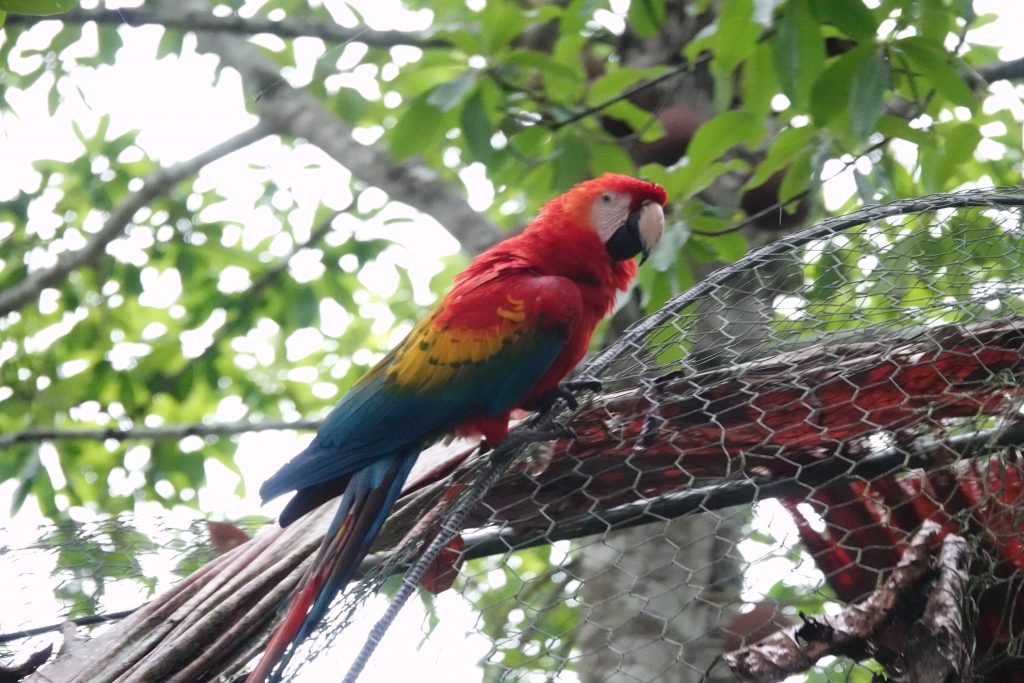 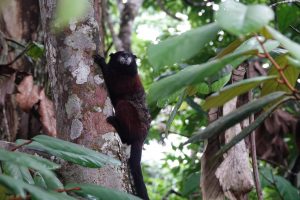 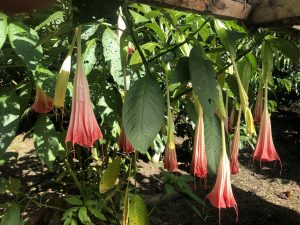 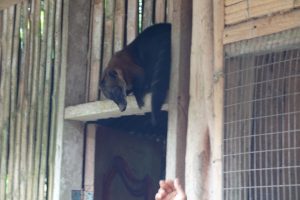 After lunch we had a course on chocolate making which I really enjoyed.  One of the local ladies came along with a basket (which she handed to Errol so we knew our place) and a big knife (which she held on to) and asked us to follow her into the jungle.  We trotted along obediently and she took us to a place were the cacao plants grew, showed us how to identify and taste the fruit, and harvest the different types of cacao with the help of the big knife. 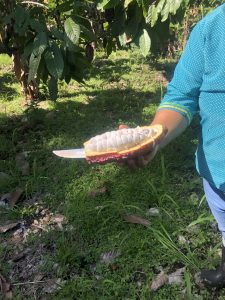 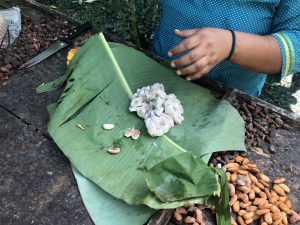 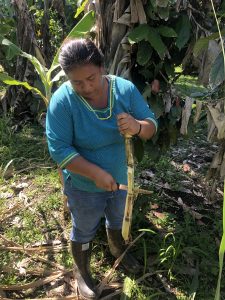 Next we pushed and hacked our way to a different patch were there was natural sugar cane, which we cut and tasted once it had been stripped back, and finally on the way home we picked some vanilla and mint from different plants along the way.  So in a 30min walk around the jungle and plantations surrounding the lodge we had all the ingredients in a basket to make chocolate. 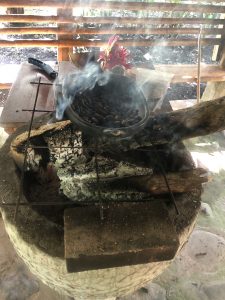 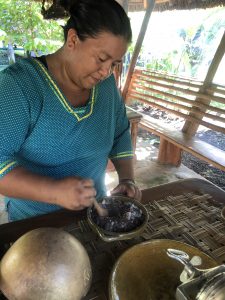 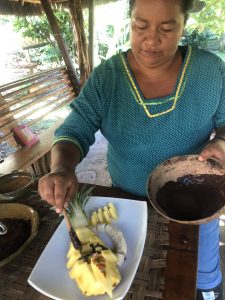 We were then taken back to the lodge and we had to sort the beans, deshell some that had been cooked for us, grind up the beans, mix them with milk powder and sugar, grind all that up, and then mix it into chocolate, we ended up by eating the chocolate we had made as a sauce for bananas and pineapple which had also been harvested from the local plantations.  It was lovely and a real insight into the simple version of the production of chocolate with our own hands from the tree to the taste ! 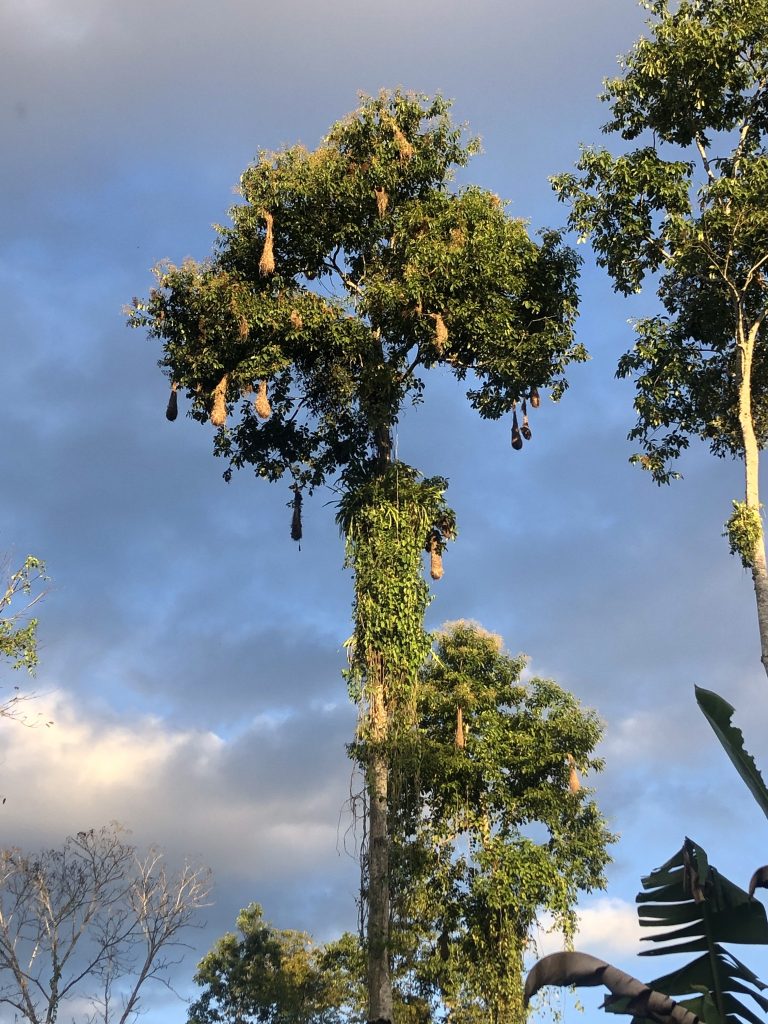 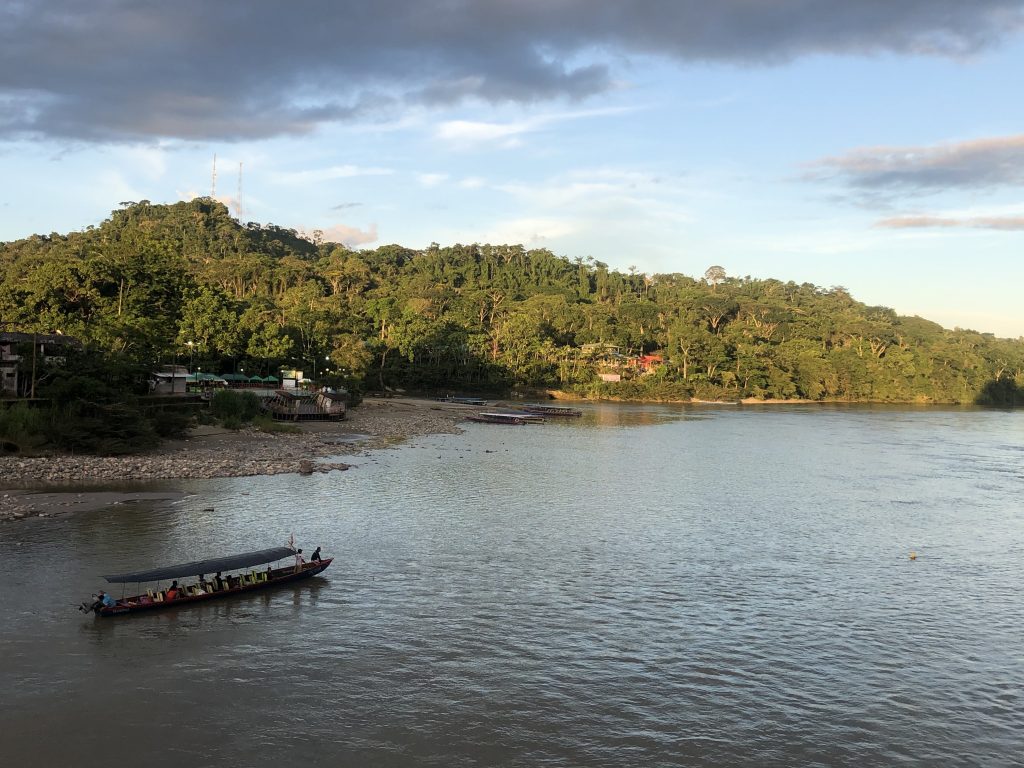 That evening we walked into the village as the sun set crossing the river and mixing with the folks as they played around the central park, we treated ourselves a lovely Mexican meal and Errol found a monkey to play with. 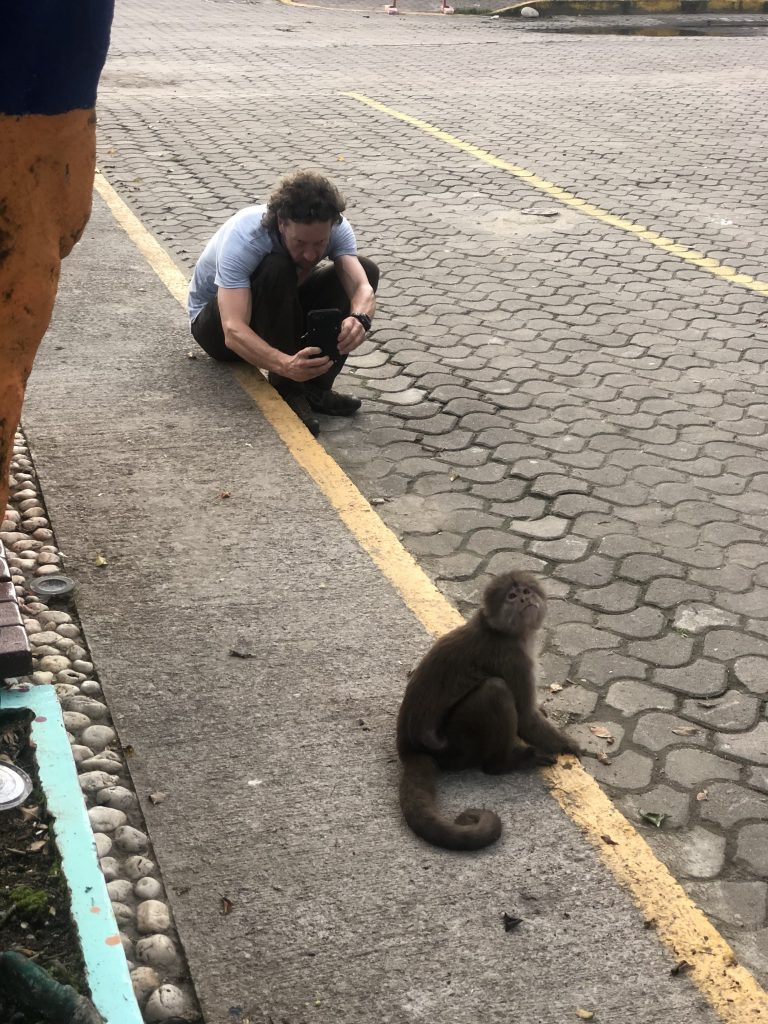 We only had two days in the jungle but it was really enjoyable and so different from the high mountains and the snow covered Volcanos just one day away.

Now we have to leave the jungle for a date with the dead, more to come in the next post