Delhi, Karims and the red fort

Often in this blog I have tended to comment or post about the tough days, I guess because I think these are the more unusual for family and friends and more important for the record of the trip which are the two main purposes of the blog.  Just for contrast here are some pictures from a day that went perfectly well.  I travelled from Agra to Delhi and instead of the usual chaos of driving through Indian villages with oncoming taxis, cows and rickshaws I found a nice, open, smooth three lane motorway as you can see below. 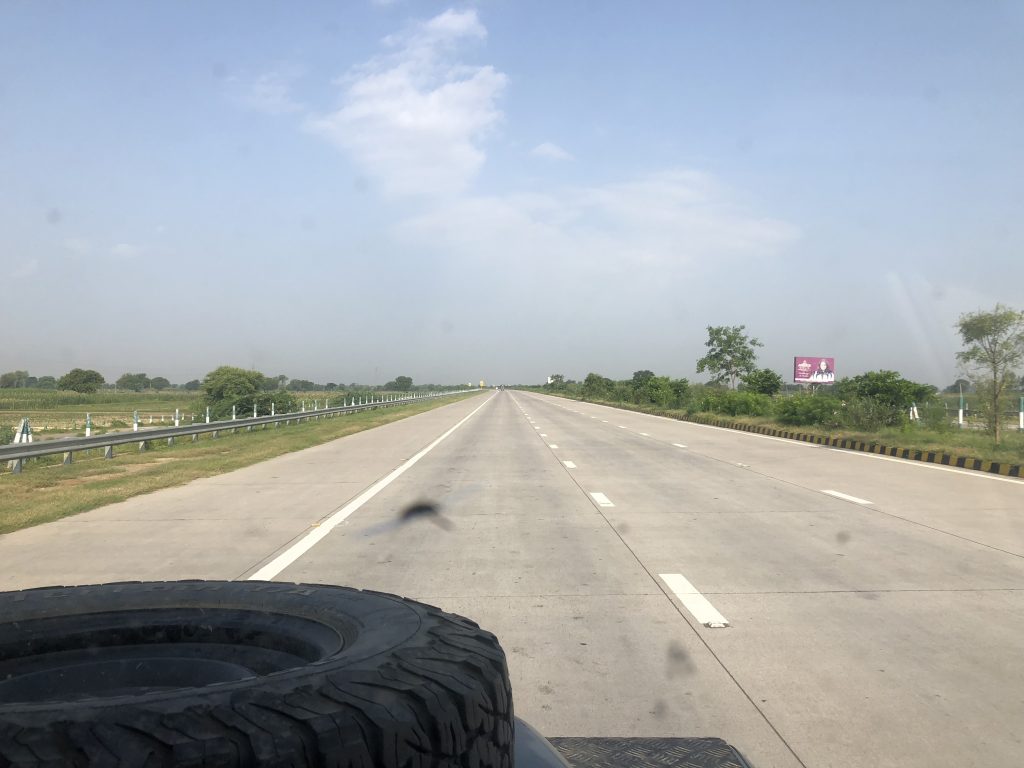 Better than that half way along the road I found a Costa Coffee and treated myself to an ice coffee, I could have been on the M6 on a (very) hot summer day !  I made easy time and by lunch I was at the excellent Lutyens bungalow in Delhi and relaxing by the swimming pool cooling down from the heat. 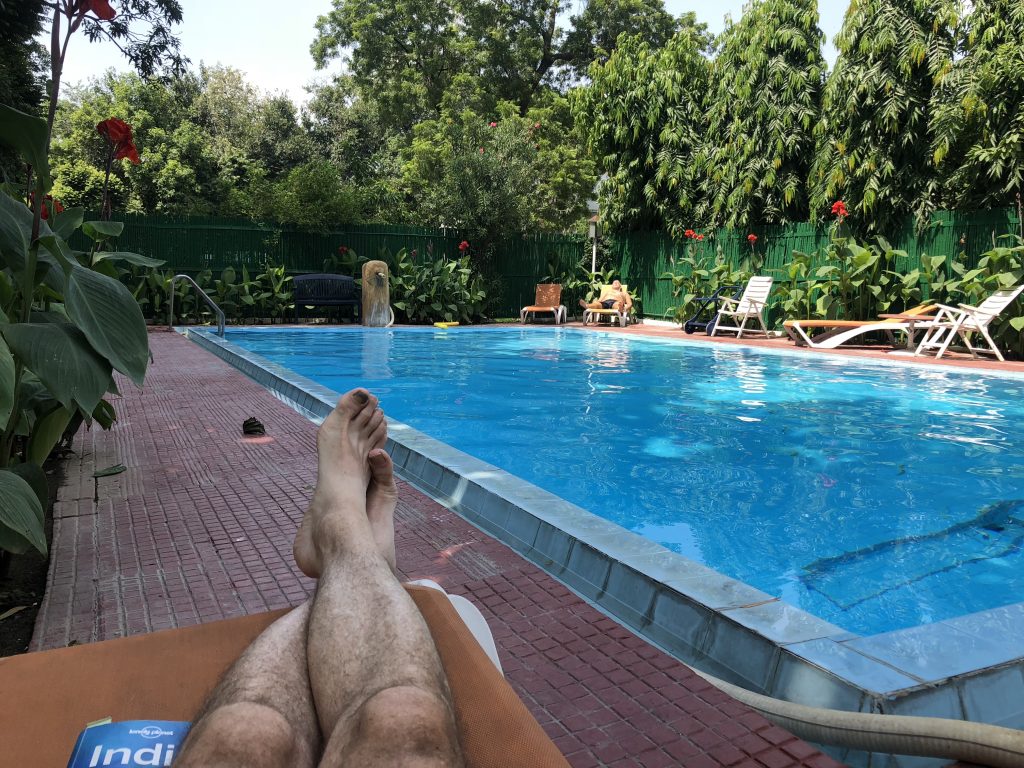 Later in the afternoon I was able to catch an Uber to the red fort, Uber when it works is great for travellers as it is blind to who is ordering the taxi and the fare is fixed so you can go anywhere in central Delhi for about a dollar, normal taxis often double or triple the fare for tourists.  The fort was very nice red on the outside and some marble on the inside as you can see. 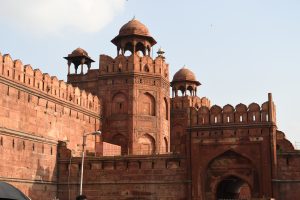 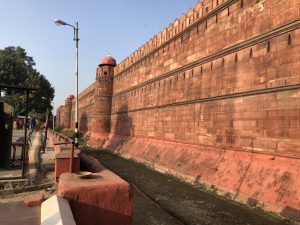 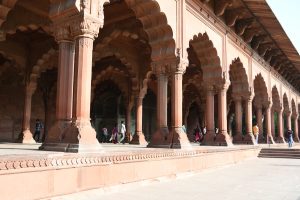 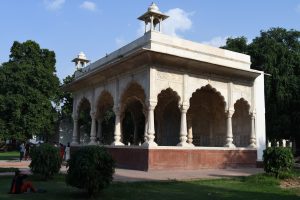 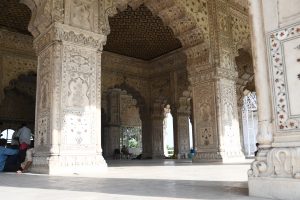 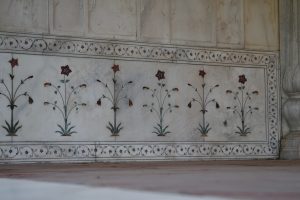 After the fort as dusk came I visited the nearby Mosque as sun set behind it and the call to prayer rang out reminding me of the mixed heritage of this town between Hindu and Muslim. 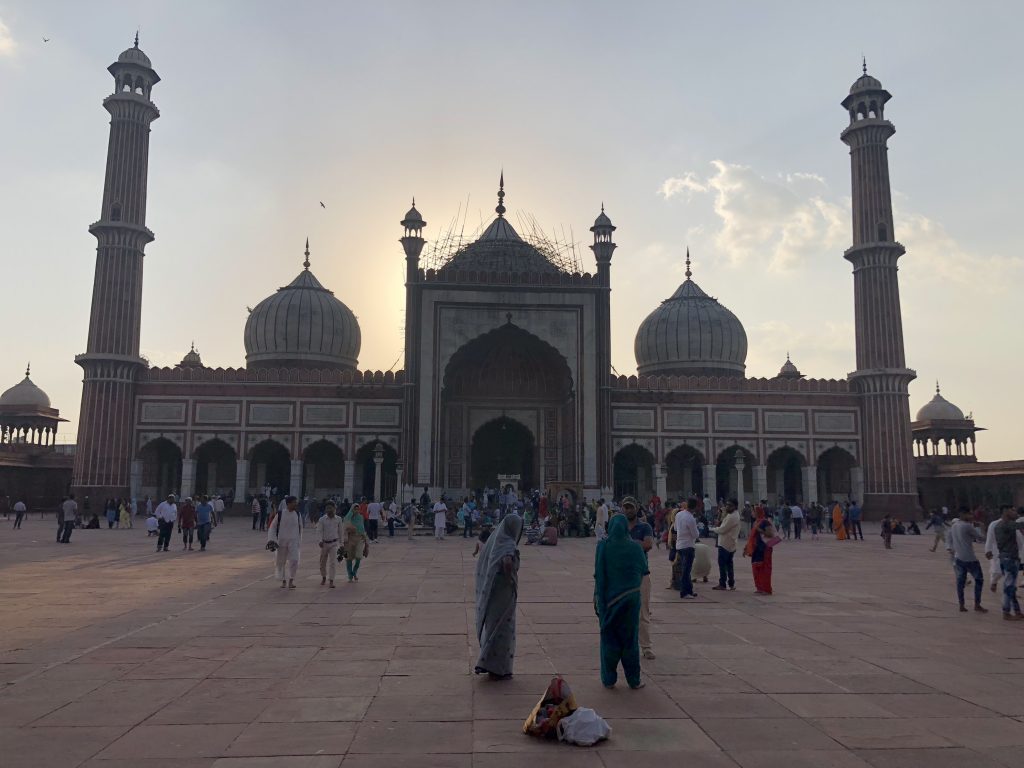 The Mosque is surrounded by a very active market, not a tourist market, as I did not see a single foreigner in the whole evening. 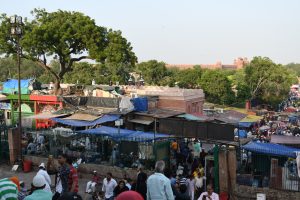 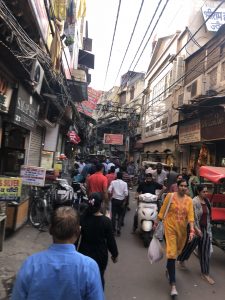 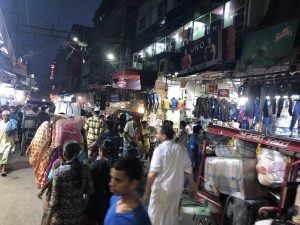 It is a sign of my increasing confidence that I could weave my way through the markets in the depths of the old city of Delhi without concern, I even managed to get lost and recovered through a maze of back streets, surprising some local people sitting on their doorsteps and occasionally had to let a scooter past by pressing my back to a wall in the narrow alley.

The reason for all this back street crawling was to find Karims street restaurant, the address given was “up the alley near the corner of the market street” and  it really was up a very small alley.  This restaurant is reputed to serve the best butter chicken in the city and was set up by one of the cooks for the last Mogul emperors many years before.  It is not at all a posh restaurant, you are seated on benches along with the local people who strike up conversations across the table and the turnover is rapid. 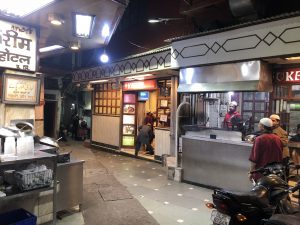 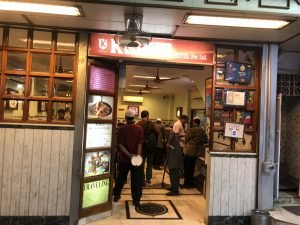 In the end the butter chicken was in fact delicious, but again in a sign of the way I am adjusting, it was eaten with the nan bread with the right hand without the assistance of a knife or a fork.  In this region there is usually a sink in the front of the restaurant to wash your hands before and after eating which is a habit we could learn from in Europe perhaps. 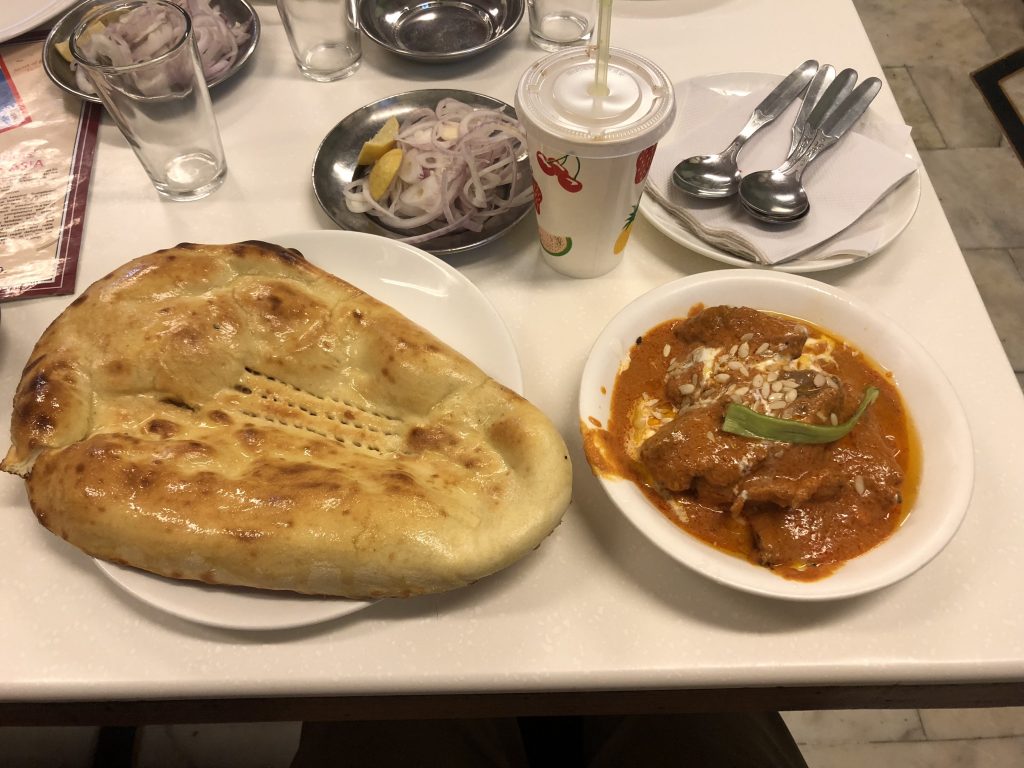 After three hours of wandering the back streets and stuffed with lovely butter chicken I made my way back to my swimming pool to cool off before sleeping quite satisfied and pleased with how far I have come in my self reliance and confidence in just a few months.

Previous PROTECTIVE DETENTION – QUETTA
Next Lahore and a Pink Wrestler