After the resting day in Delhi, and then the full immersion into the river fire cermony (not to mention the monsoon) it was time to get back to nature and a driving challenge for Nelson. We set a target to reach the hill fort of Lansdown in the jungle covered foothills of the Himalayas in the middle of Monsoon, what could possibly go wrong….

Initially Lee was in good spirits, I had managed to drive out of both Delhi and Haridwar without scaring her too much, I now drive like a native which is that I assume people will not drive into me if I am in front even if I am on the wrong side of the road, after our drenching at the river ceremony last night it was coolish, or at least not scorching hot, and we wound our way past the Beatles Ashram where they wrote the White Album and the locals have profited from the story ever since.  The road up the side of the Ganges or Ganga as they call it here is very spectacular and became even more so as we turned off for the historic hill fort of Lansdown. 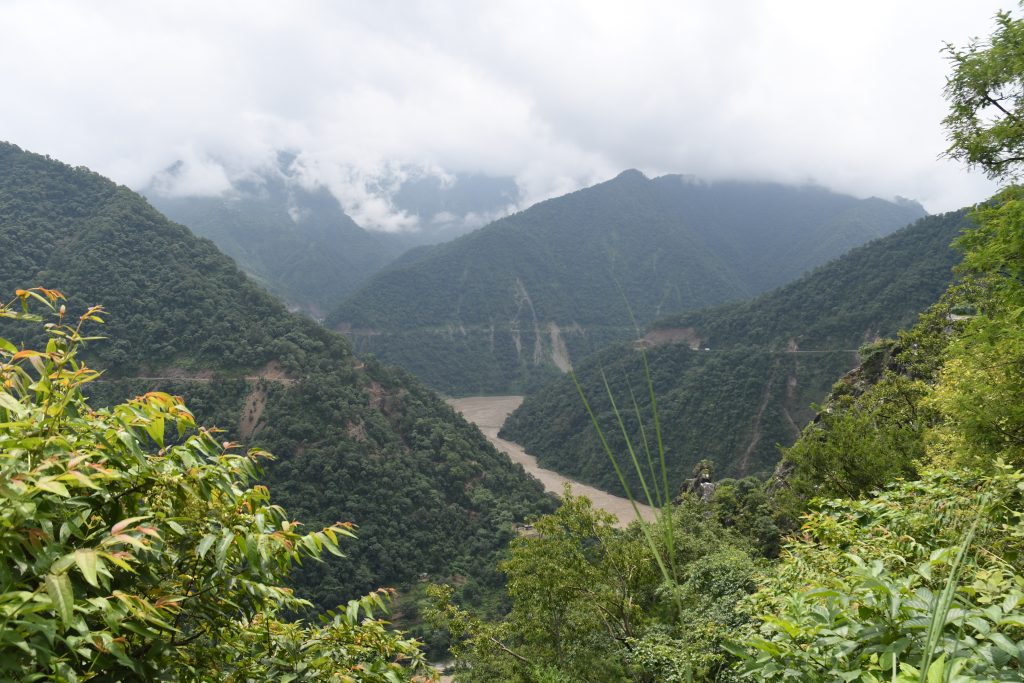 We made our way along these tiny roads, often with rivers crossing them or recently cleared muddy tracks were there had been landslides over the last few days, Lee became increasingly concerned as the road became narrower and narrower.  I was concerned as the road trip of about 160km was taking a lot longer than the four hours I had anticipated (in the end it took a full ten hours) 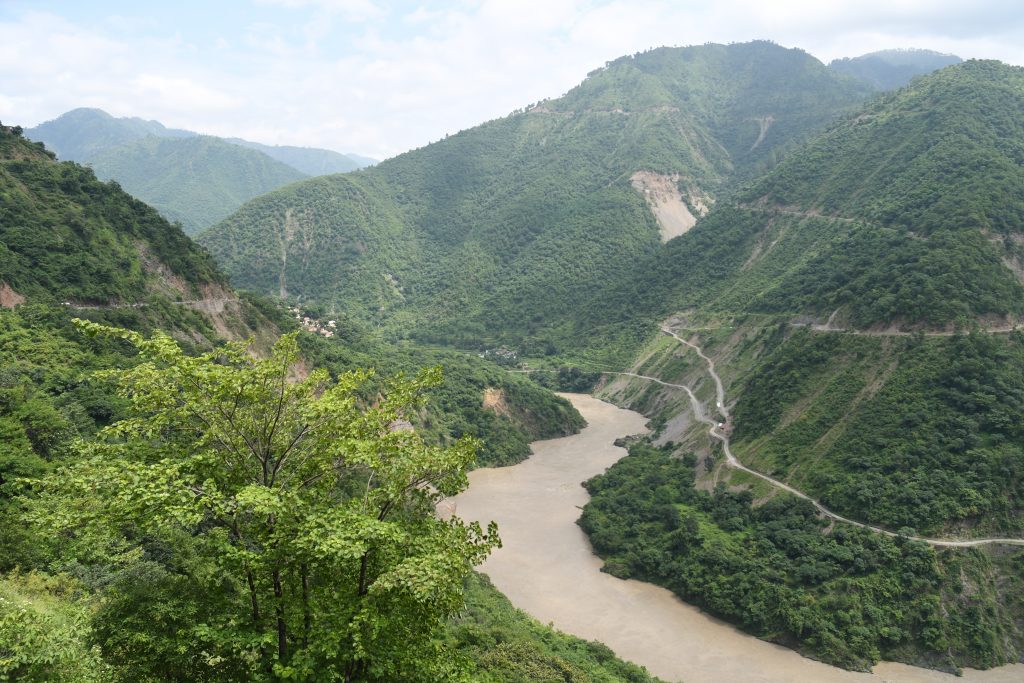 While it was still light we progressed through a few hill villages with marketplaces, pigs and cows roaming the streets and congested tiny main streets usually with a large and very battered bus coming the other way.  Gradually however the mist came down as you can see below and we were approaching darkness while still 25km from our booked hotel.

In the end we had to do the last two hours in the dark, which was very much not the intended plan, Lee developed a whole new line in gasps and screeches to supplement the normal set used when I go head to head with a bus (a few hundred meters away) or cross a wash out at an angle (which she calls sideways but is usually about 10 degrees)

It was pretty scary as the potholed tarmac section of the road was only about 6ft wide for large sections and we did have to back up for other traffic a few times, the other traffic often not with lights on just appearing from the mist at the last moment. 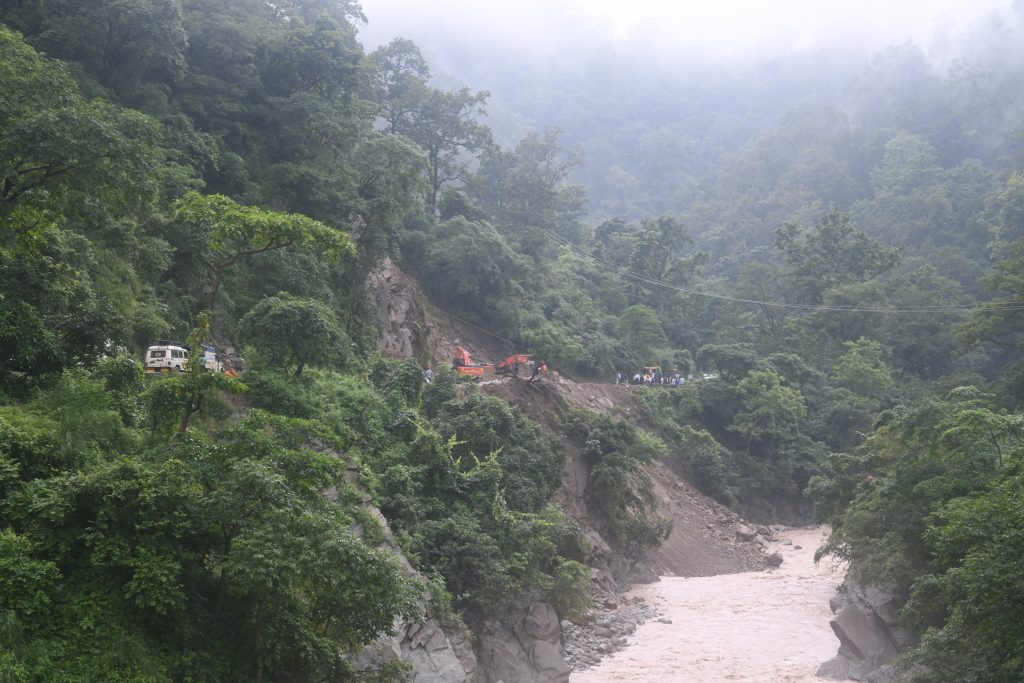 Finally we made it to our “resort” which we had to reach in the pissing monsoon rain across a bridge having left Nelson precariously perched on the edge of the road hoping no one would nudge him over in the night.  Indian hotels are very much like the one in the film the Marigold Hotel the description is often what the hotel could be on a good sunny day if the building work was finished and the power/wifi/hot water worked and the menu is often the same – it is easier to say “what do you have today” than to get your hopes up for ice cream or beer. 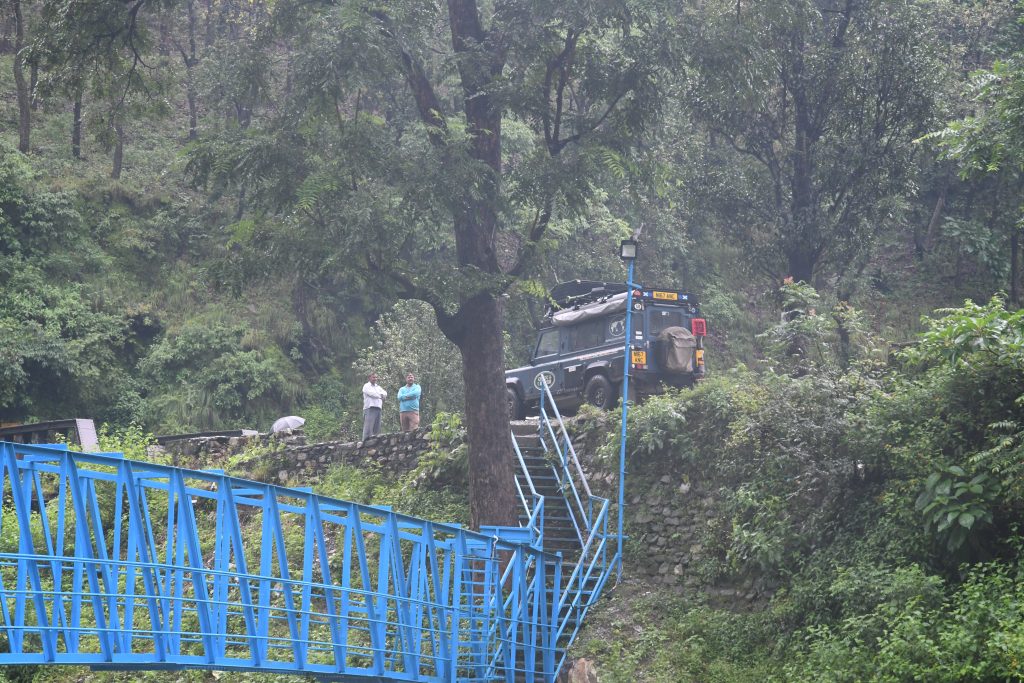 During the night the thunderous rain poured down waking both of us with the noise, the outside of the hotel was awash with water and I was glad that I was wearing my culturally inappropriate shorts as with sandals they are the best gear for warm rain.  The other consequence of the rain was that the road out of the mountains was washed out by landslides in a couple of places so again what should have been a short run to the Corbett Nature Reserve actually took from 10am to 4pm, just as well we were not still further up in the mountains as we heard of folks being stuck there for hours.  The local people do have diggers and bulldozers on standby and the drivers of these machines are super skilled at clearing the road, I know as we got to watch one clear a road up close for a few hours….. 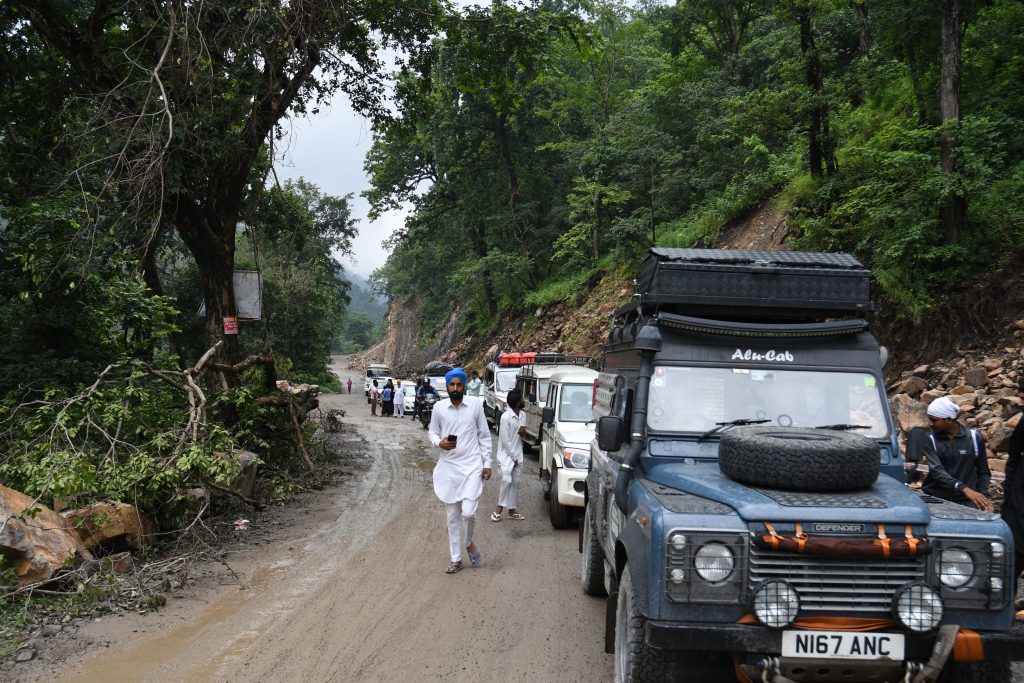 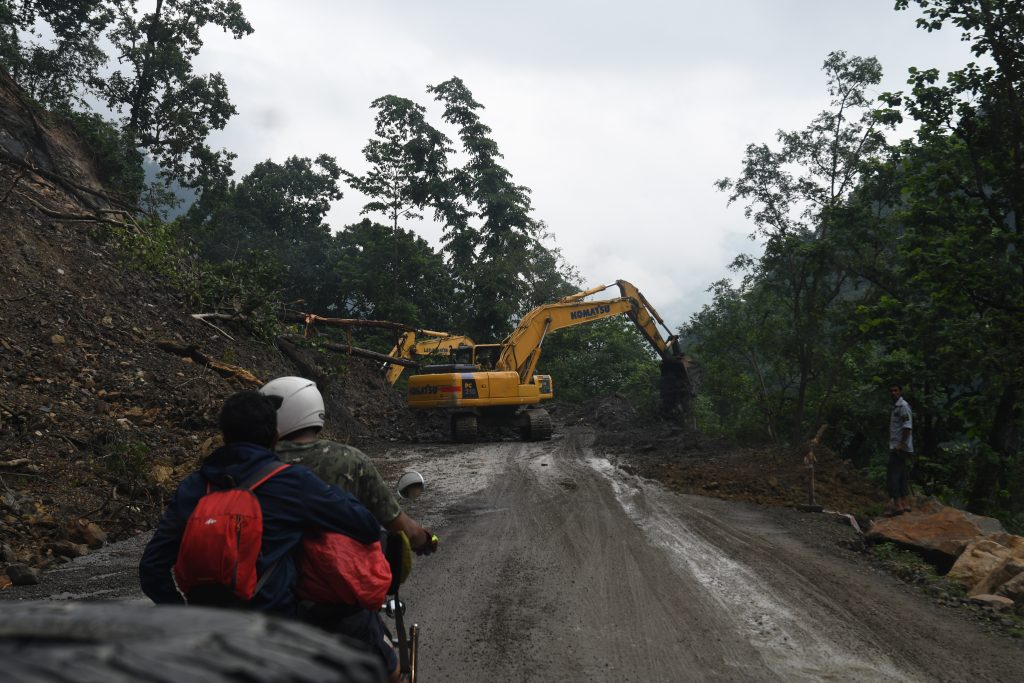 As usual we had a good fan club and a lot of enquires, here is what happened when we stopped for diesel 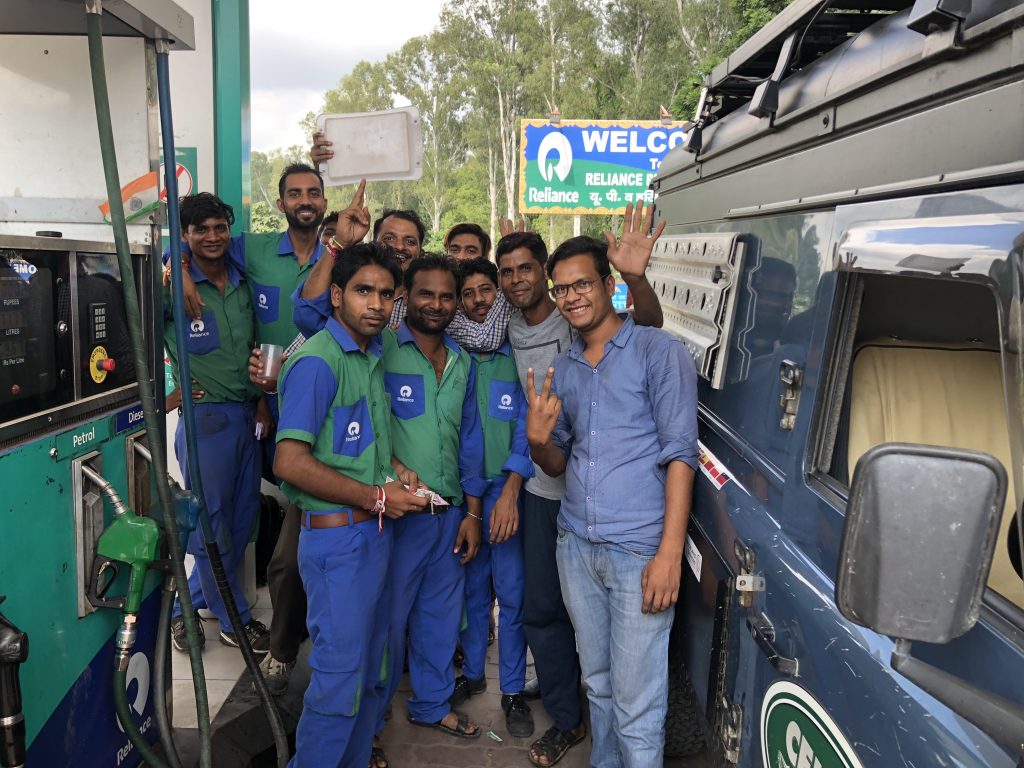 Given the time it has taken to cover the routes we have decided to make a run for the Nepal border tomorrow rather than venture into the hills with so many landslides, as long as they don’t land on you they are not specially dangerous but they can really mess with your travel plans by days and with the kids now in Nepal we decided to keep the schedule safe.

Previous China, Pakistan and the Karakorum Highway
Next Haridwar – a godly drenching