Kerman and the Lut desert

After all the excitement of Pakistan it was a relief to reach the safety of Iran, a few months ago I could not have imagined writing that sentence but it is a true reflection both of how I feel and the reality of the situation here.

My favourite thing in Iran is a consequence of the population being so centred in the cities, so the land between the cities, and specially the desert, is really free of people, you can get to the point when you want to find a camp site and just drive off the highway into the desert. I have often and been undisturbed under the stars, so after my adventures in Pakistan I had a lovely night of peace in the Lut desert just to relax. The rock formations are called the Kaluts and you can just drive in the desert between them to find a nice spot 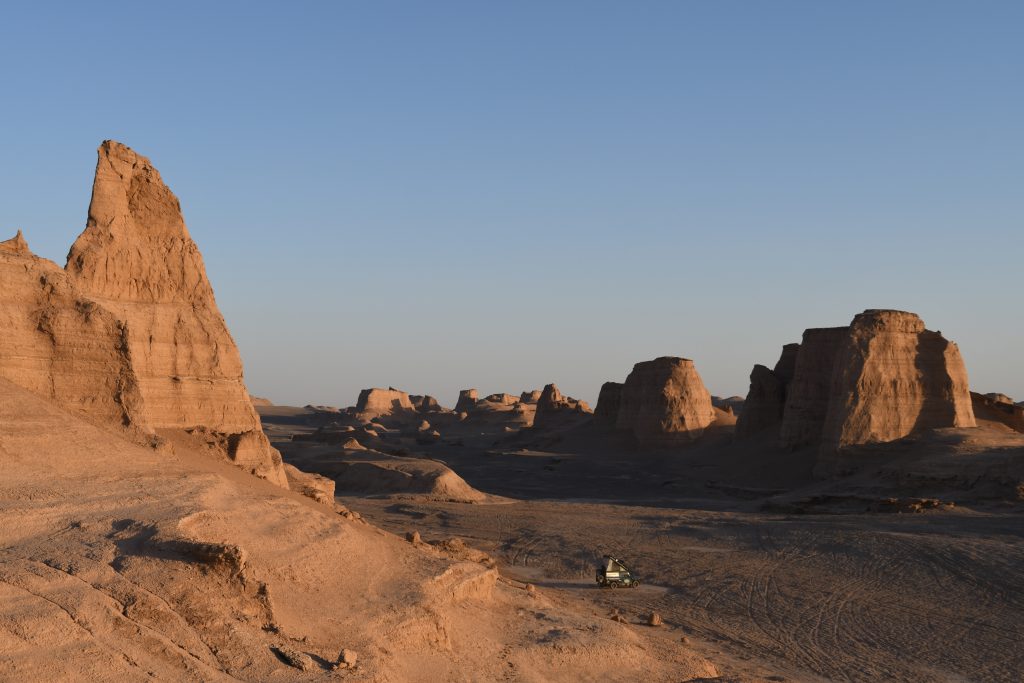 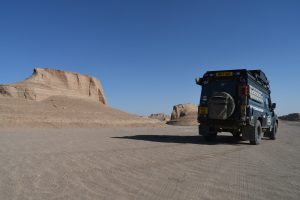 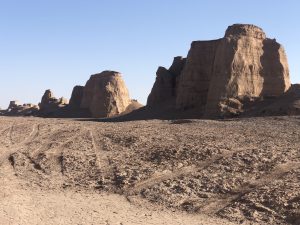 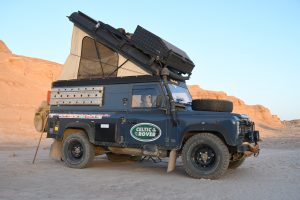 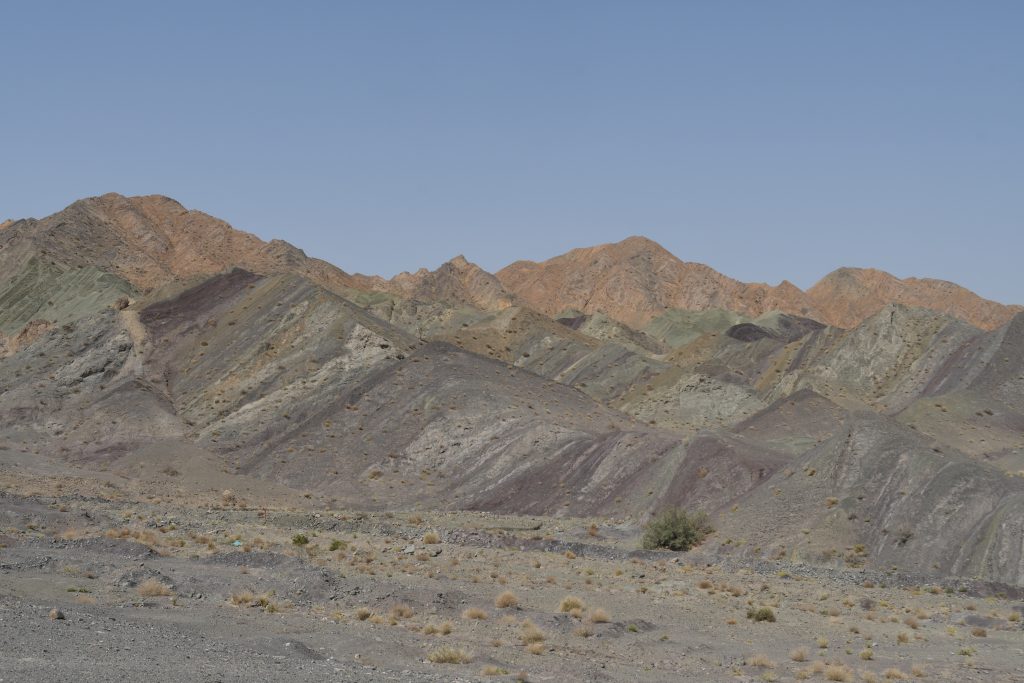 Sometimes as I drive along the very decent highways they have here in Iran I spy a nice road which is tempting such as the one below, Robin calls it “going looking for the bad roads” but in this case I decided that on my own such a road was not wise, but it did look nice…. 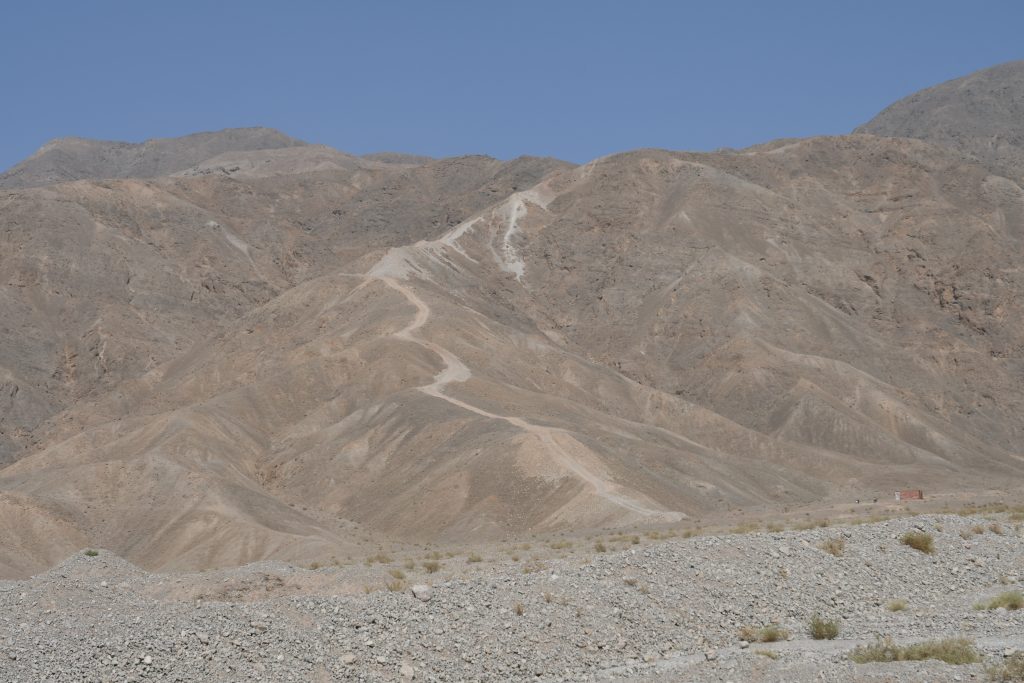 The Lut desert is near the town of Kerman, which is a very nice little town with plenty to see in its bazzars, bathing houses and lovely gardens.  It also has the nice Akhavan hotel which has a big yard in the back and is happy to host overlanders for a very reasonable price. 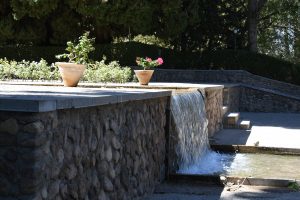 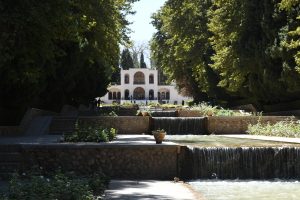 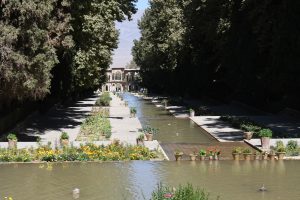 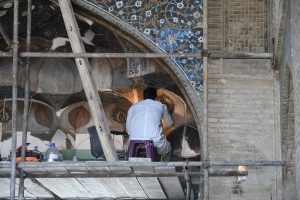 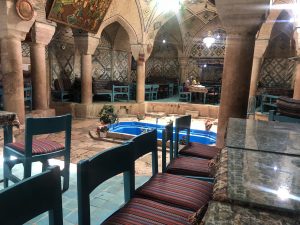 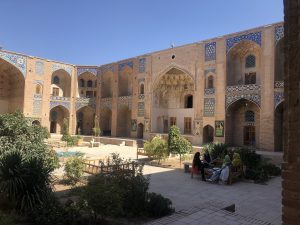 I was in the foyer working on my facebook post and I overheard three young people discussing how to get to Shiraz on the bus, I offered them a lift and yet another connection on the road was made. 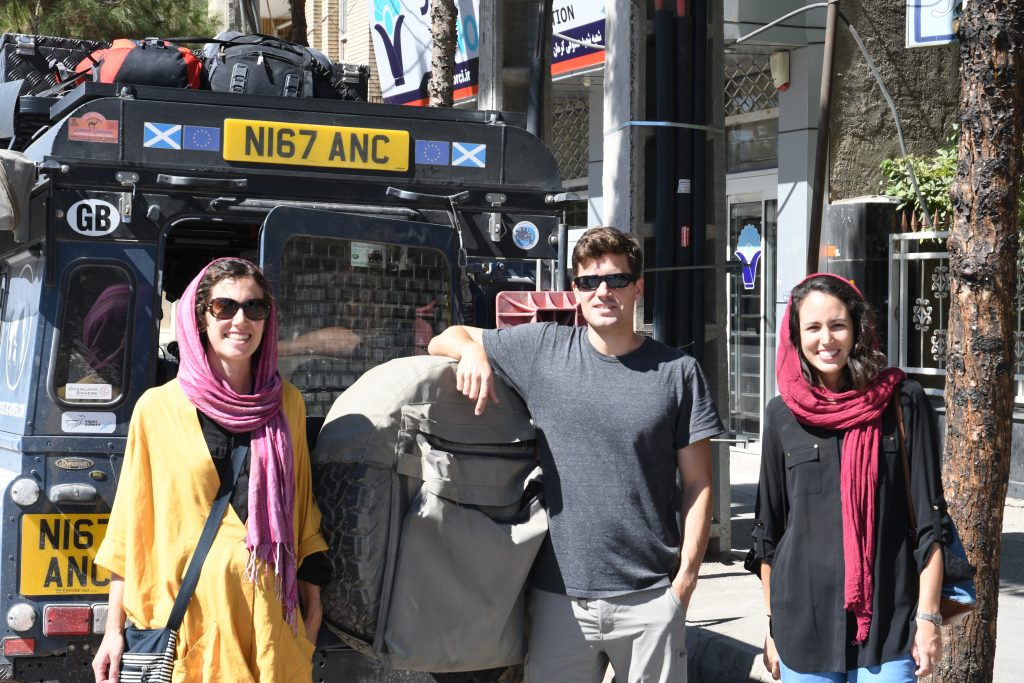 When we got to Shiraz my friends the Kaini sisters and their mum persuaded Helene on the left to stay with them when I slept as usual in my truck outside, during the days I was to get an education in the history of the region from Helene which was very interesting but more about that later…

Previous Thank you Pakistan
Next The fellowship of the road