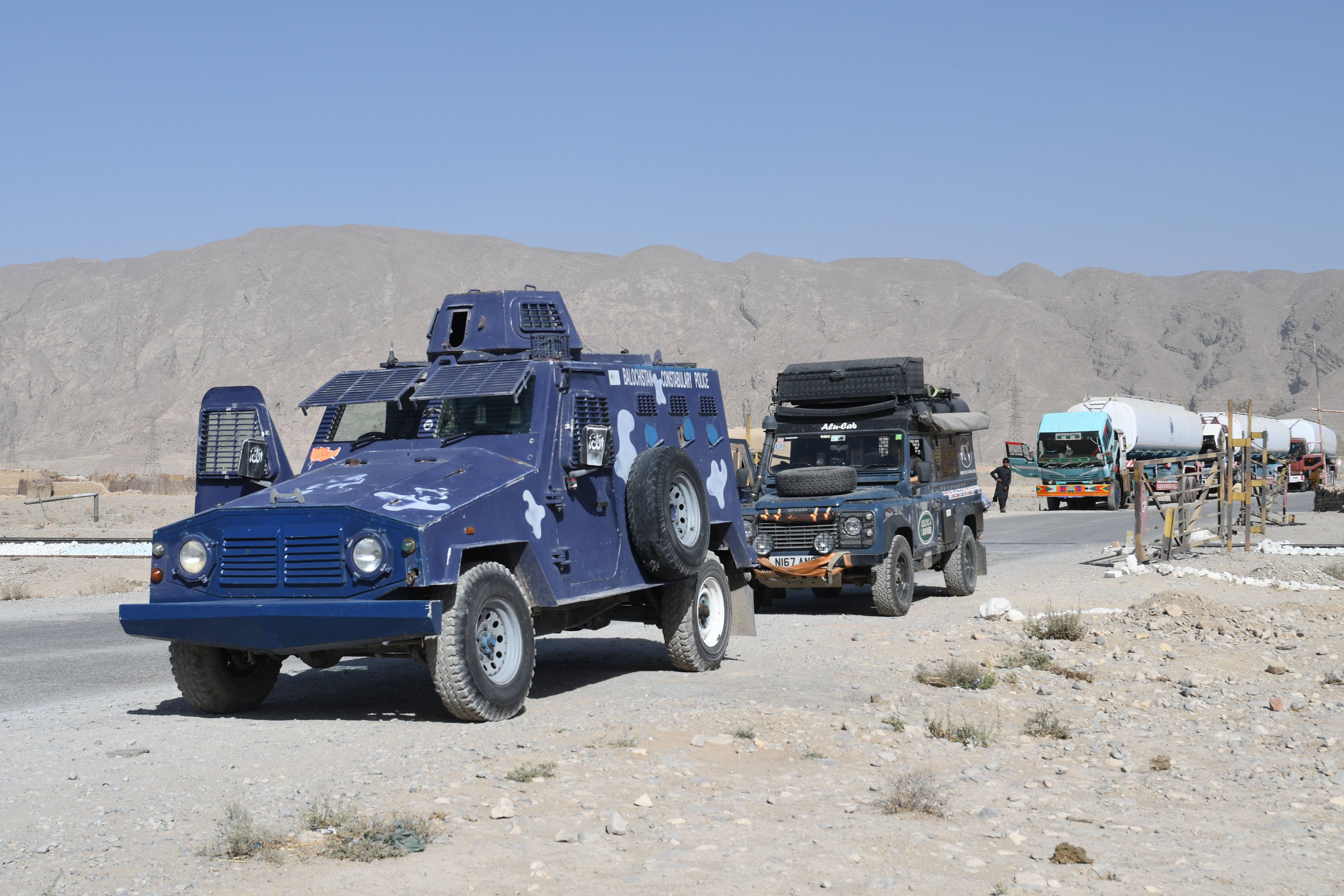 I have just left Pakistan and I am humbled by the generosity and good nature of the people of that country, I missed the fact that there was a big religious holiday in Quetta and turned up stupidly on the day all the government offices closed for five days and when the police were on full security alert for the festival (two of their team were killed in an IED attack two weeks before while guarding Chinese Engineers, so the threat was real).

Instead of telling me off, or sending me back for a week both of which would have been very reasonable, the kind chief of police invited me to his control room, allowed me to stay in the the station, fed me and gently informed me that I could not travel without the NOC certificate until Monday when the government offices opened. He also pointed out, with a twinkle in his eye that with 5200 police to manage on one shift I was not the very top of his priority. Having already taken an hour with me!

When we did get to move (by then I had picked up a lovely Chinese guy Libo Zhu) the security operation utilised about 15 vehicles including two armoured cars, 30 policemen of various sorts including special forces, and a great deal of coordination. All of which I caused, none of which I paid for.

Finally the Levies (tribal police) took me into their station as darkness fell on the road, fed me tea and a lovely curry cross legged on the floor, parked my car in a walled compound and then took turns to stay awake and stand guard sleeping beside my car refusing all contributions to the cost of the food etc.

Universally they were polite, funny, friendly and the most common phrase was ‘welcome to Pakistan” – this following on the beauty of the KKH in the north and the culture of Lahore made for a trip I will always remember, truly living with some lovely generous people who have so little yet give so much to us travellers.