After our day of adventurous driving across the desert we were due to drop into the tourist groove and check out the Nazca lines in the desert and the ancient Inca Ruins at Puerto Inca on the coast.  As it turned out bouncing around the sky looking at lines and shapes in the desert was actually a challenge for my stomach as the plane was quite small and the thermals quite fierce as we flew. 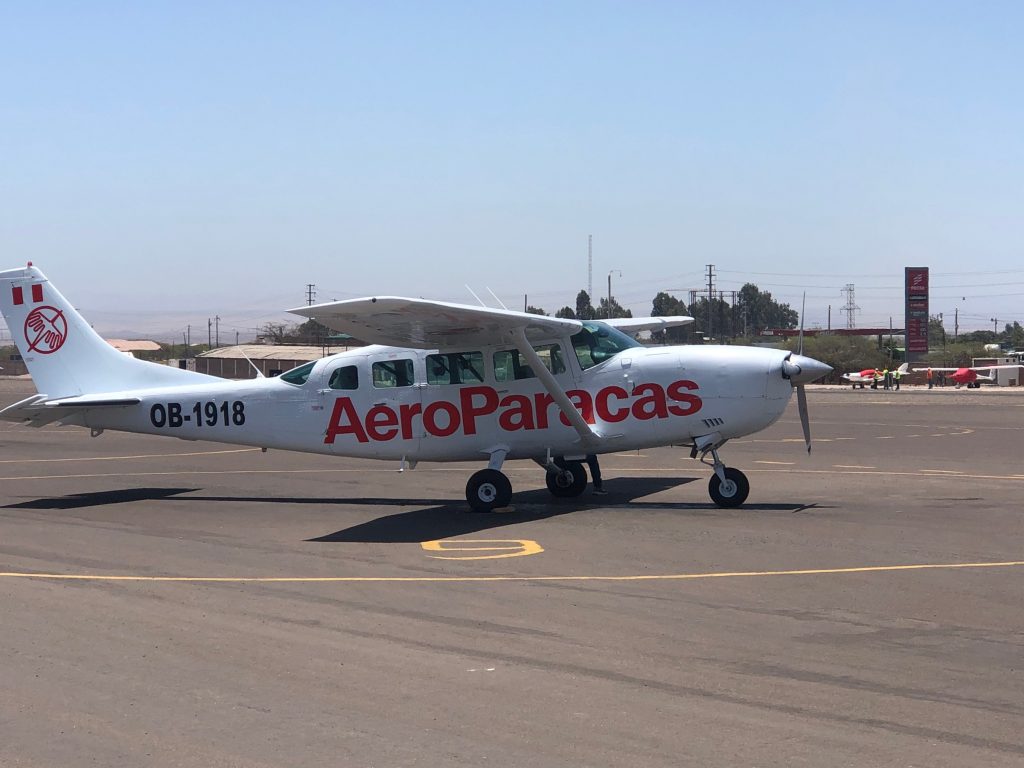 Impersonation of Top Gun in our minds, little planes are really noisy and the headphones were needed to hear the pilot/guide tell us what to look for as the other one banked sharply right and left to make sure everyone got a good view of each of the individual symbols, I had to keep focussed on the horizion from time to time to overcome the nausea. 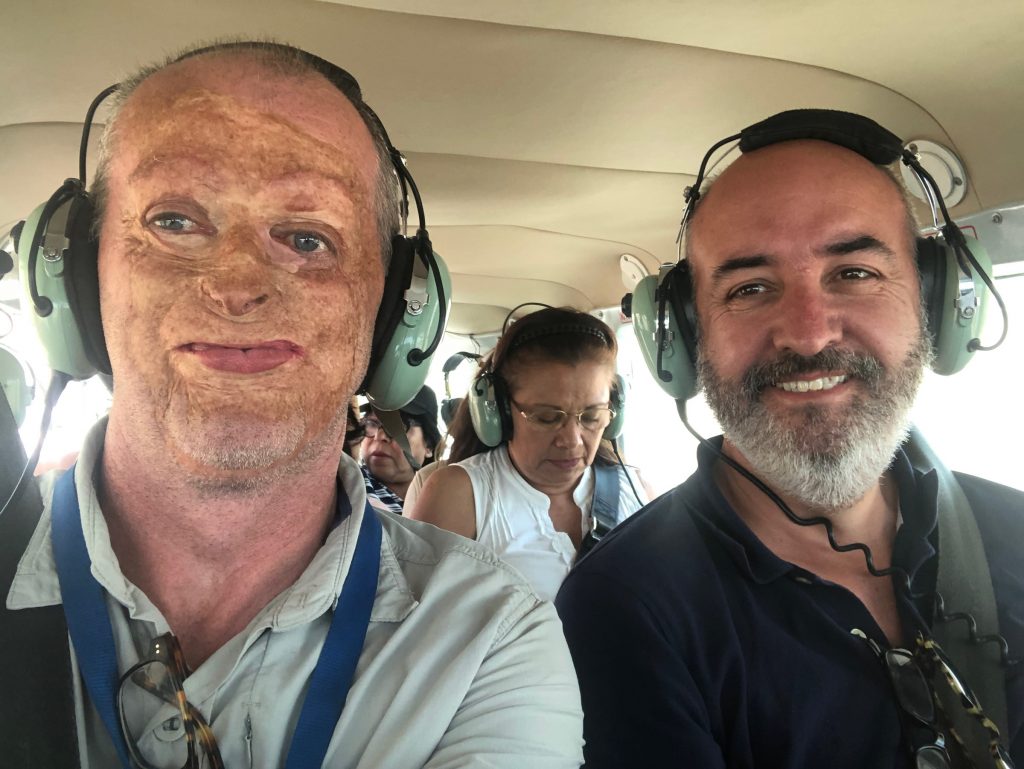 Our photos from shaky iphones are not so good but here is the route the plane took and all the different symbols we saw on the route. 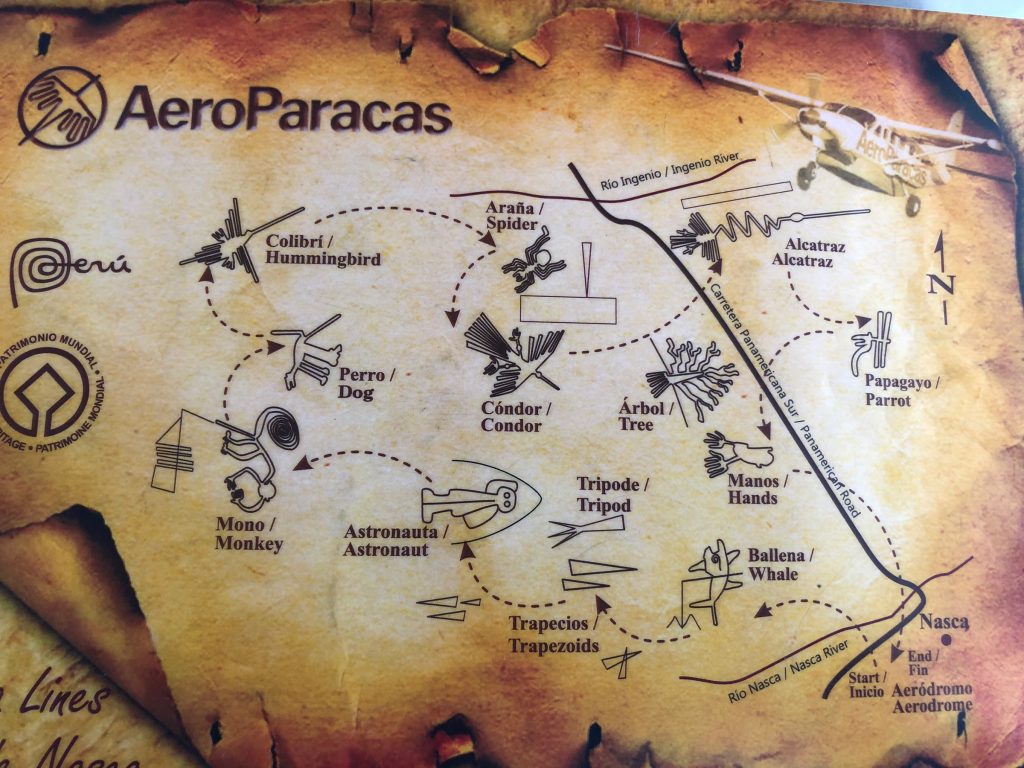 I think this one is the condor 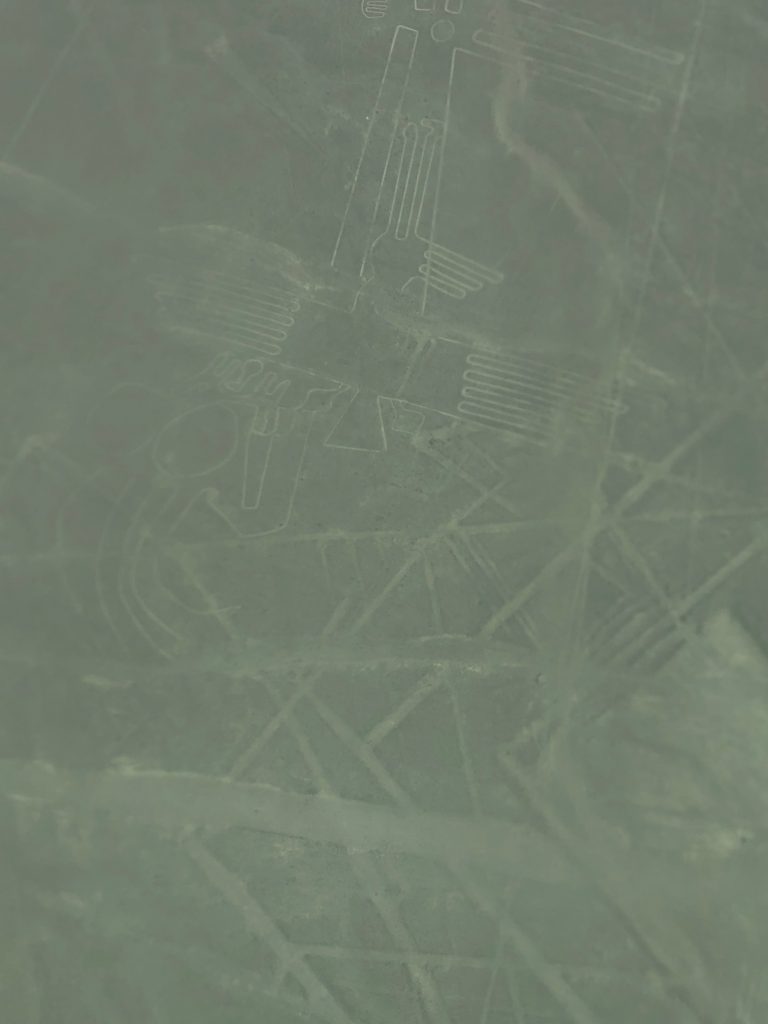 And this one the arbol (tree) and the manos (hands) 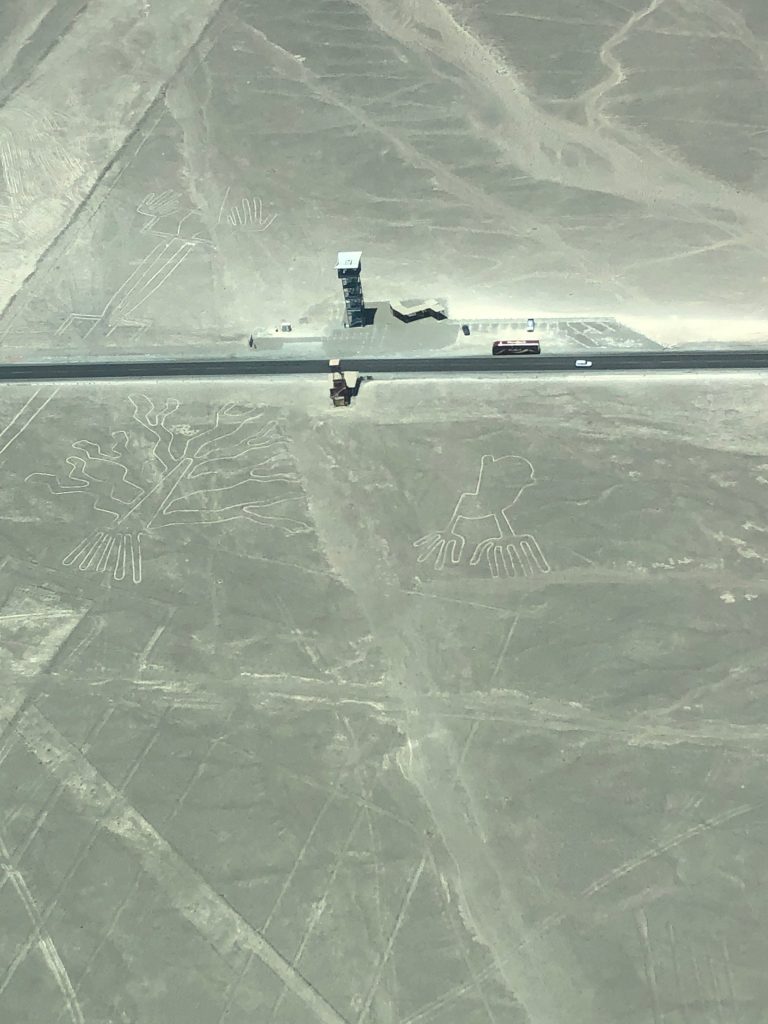 After we recovered from being bounced across the sky for 30min we set off down to the ruins at Puerto Inca, our beach campside was tucked into a valley full of Inca ruins most of them not restored in any way, on the headlands on both sides were collections of what looked like buzzards 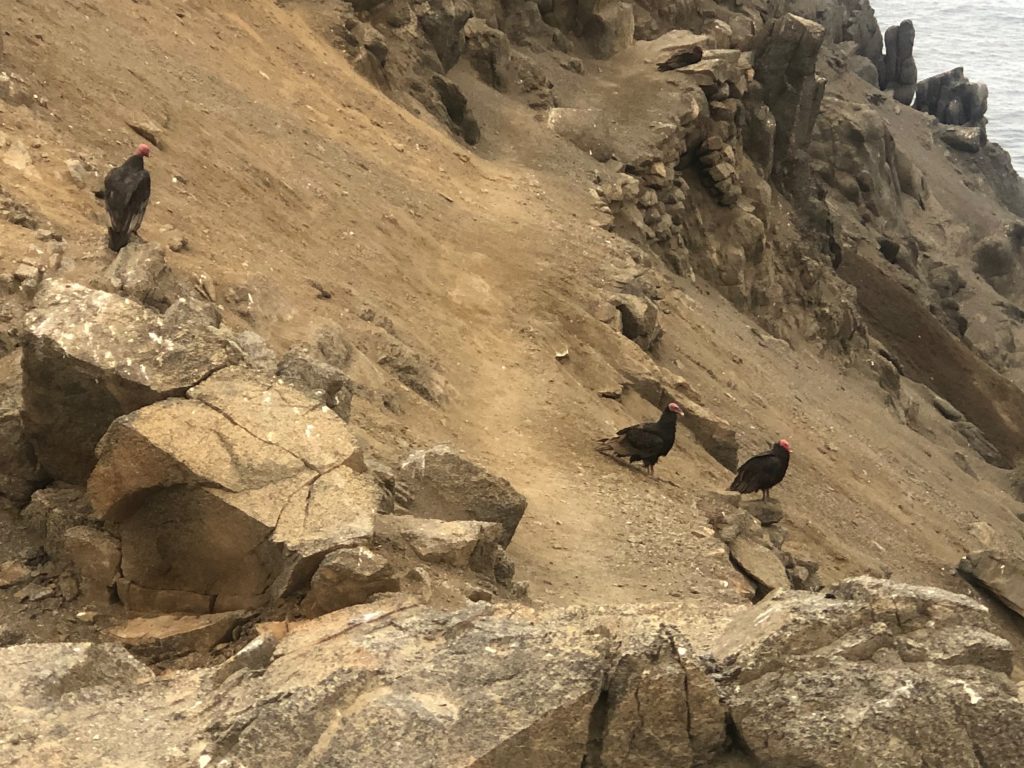 They were quite big birds with a sizable wingspan 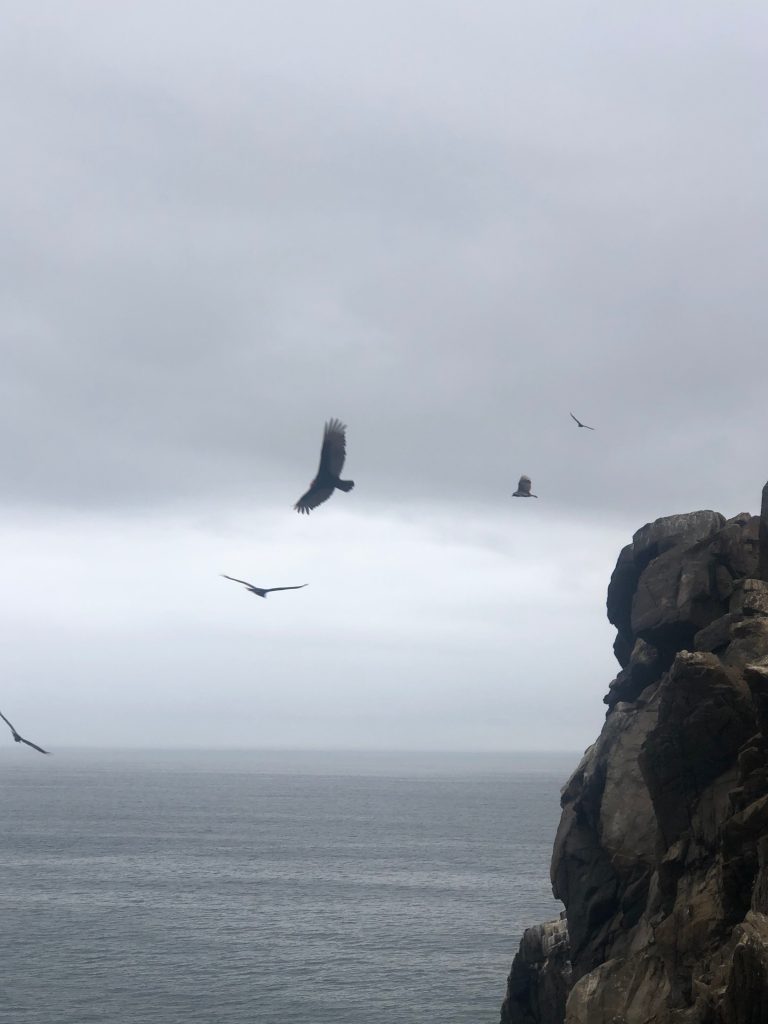 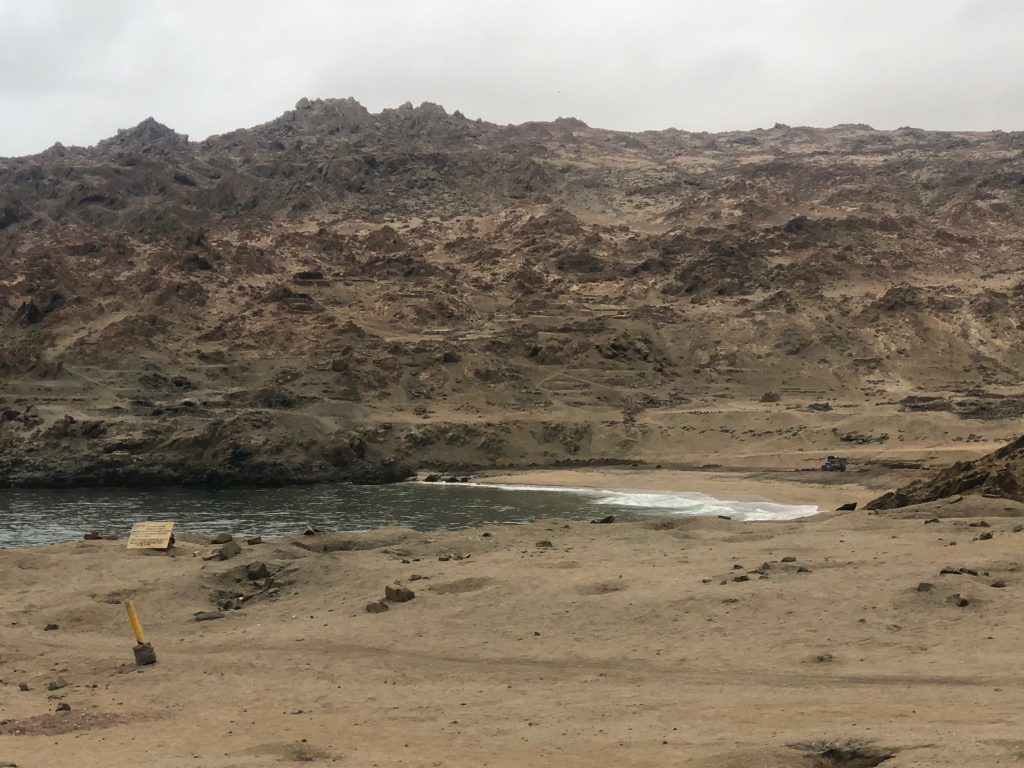 As you can see from the pictures we were the only people in the valley and were completely alone on the beach for most of the time we were there, a great example of free wild camping in a super location 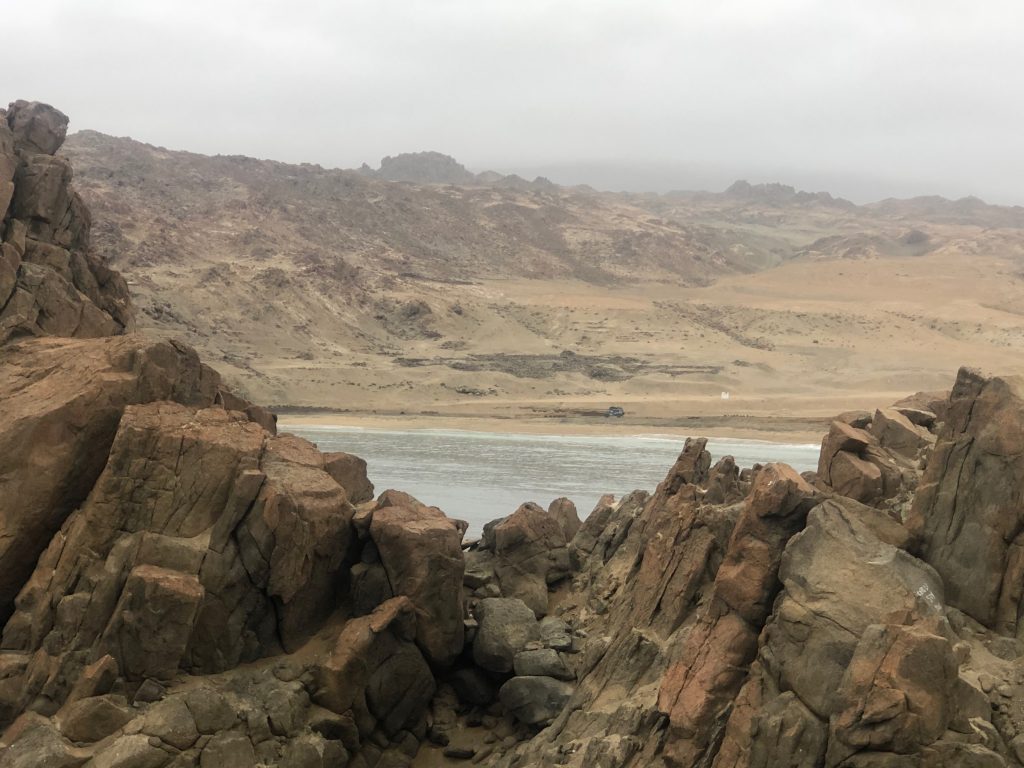 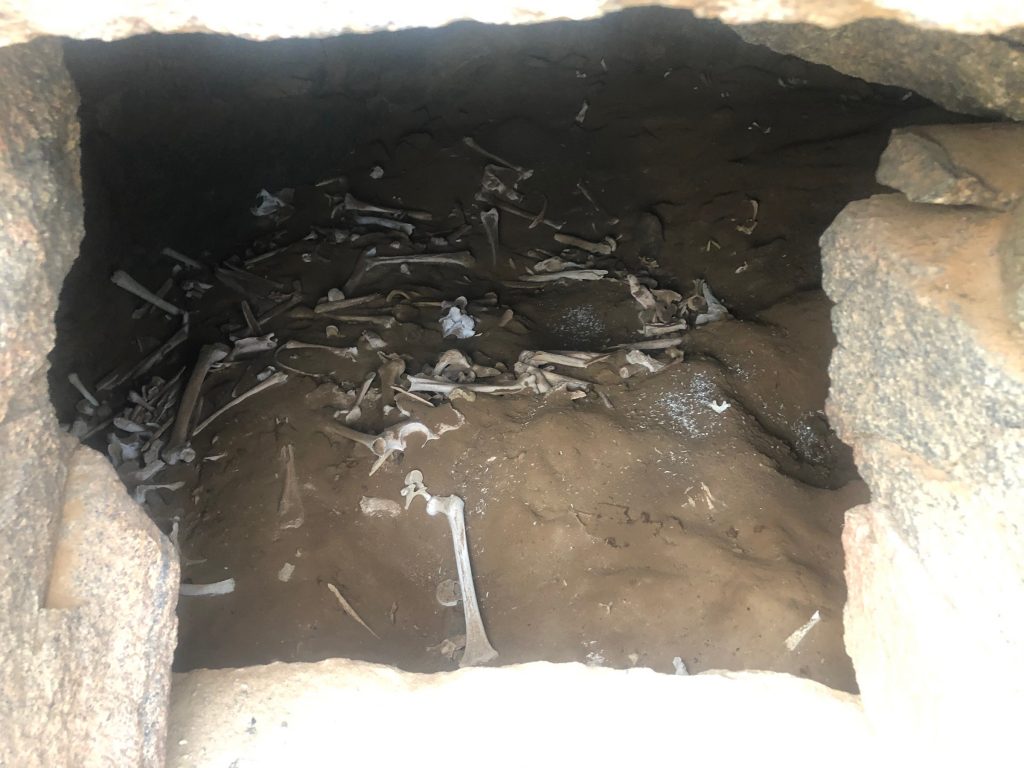 We tucked down for the night to the sounds of the waves crashing on the beach and the memories of the human bones in the ruins gave us a slight chill, but the night was warm and comfortable. 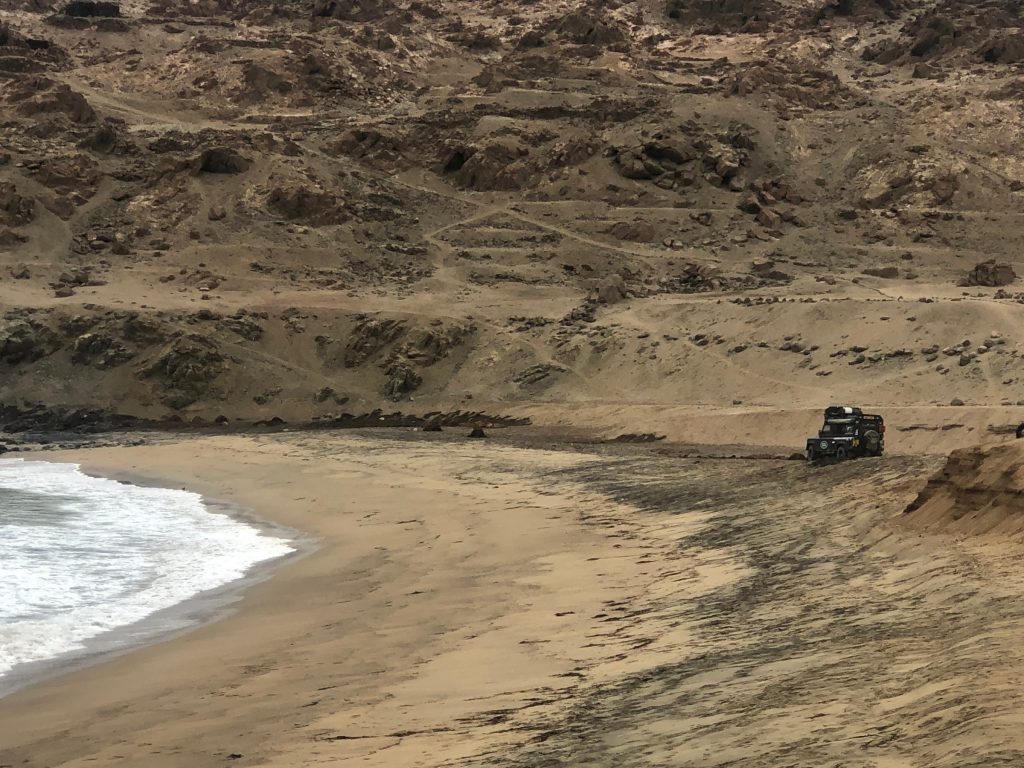 Around 6am the local fishermen came to try their luck with a beach cast net using the rocks to get the cast wide, as far as we could see pickings were pretty thin that day, they had three or four goes as we made our coffee and watched 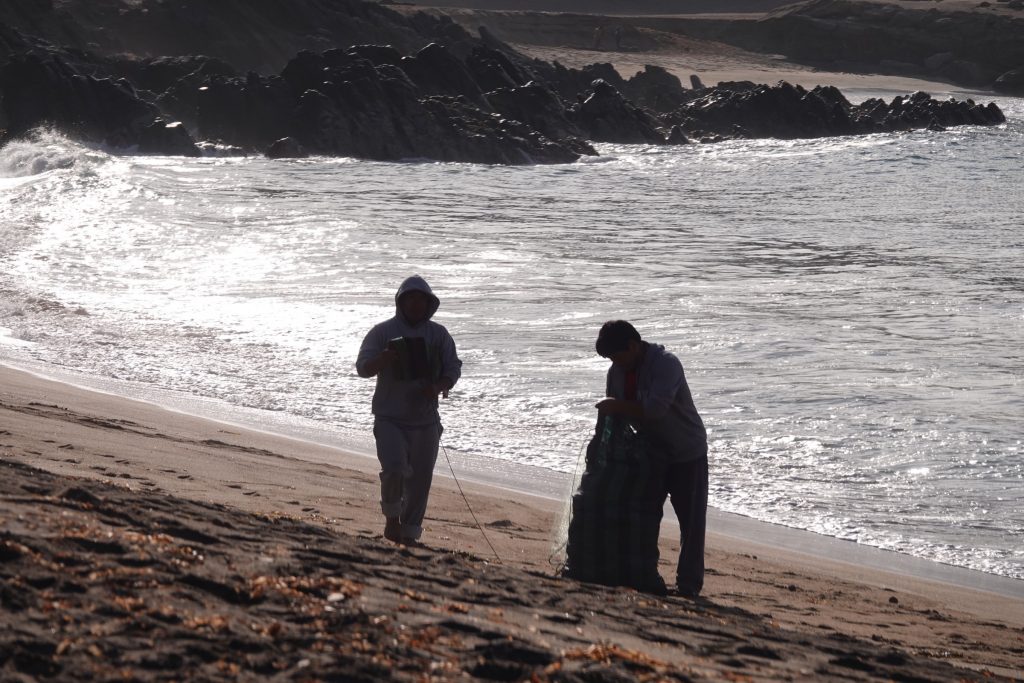 So once again a good day, part on the well trodden track and part far away from the crowds in our own bit of peace and tranquility next we have to take on the mountains so we are already doing up on altitude sickness prevention medicines including coca leaf sweets !

Previous Desert days
Next Protests and Canyons, a walk on the wild side