This trip has been marked by the incredible variety of places we have seen and the dramatic changes in climate that occurred as we changed altitude over even half a day by 3000m or more.  In Columbia and Ecuador we went through many small villages and travelled a lot of roads, we did see a good deal of poverty, specially the refugees fleeing the trouble in Venezuela but we also saw a good deal of civic pride in the small town squares, churches and parks even in the poor villages and shanty towns.

The coast of Northern Peru was a bit of a rubbish shock, literally, as the roadsides are strewn with all sorts of rubbish, added to by folks opening their car windows and adding to the pile on a regular basis.  It seems with the exception of a small proportion of the villages, that the folks here have not the civic budget or the inclination or the concern to sort out a real eyesore spoiling towns, villages and even desert landscapes.  I have not looked into the reasons behind this dramatic, and for me unwelcome, change in the way the landscape is looked after, perhaps there are some deep underlying problems I am not aware of, but it for sure could do with some sorting out. 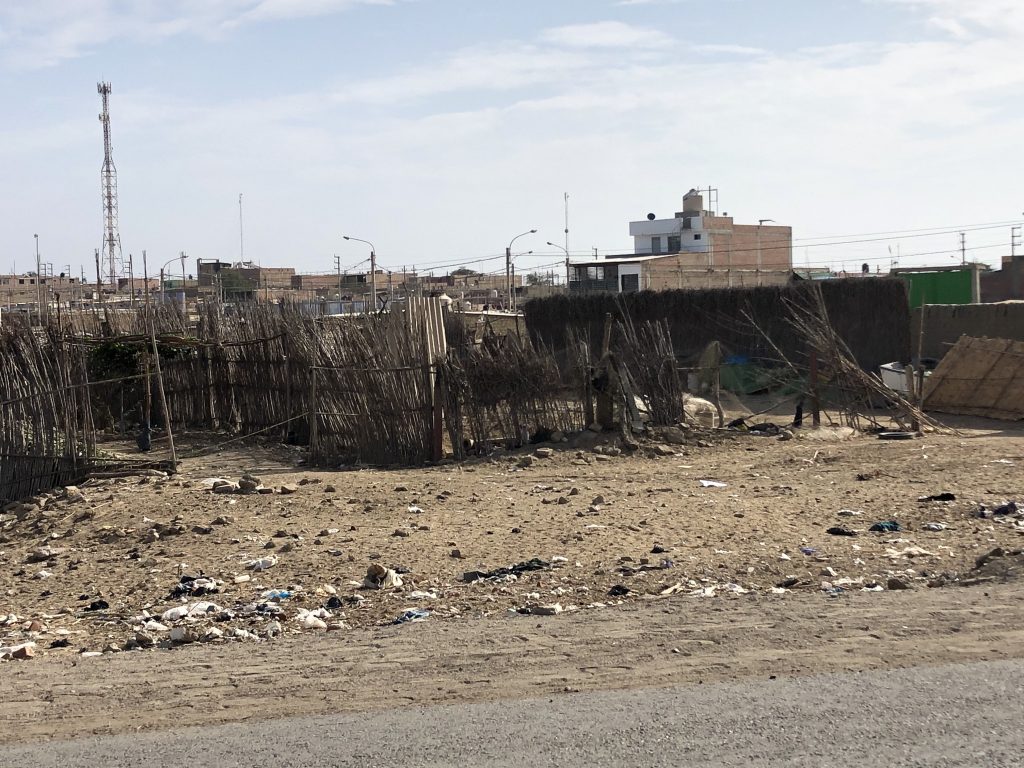 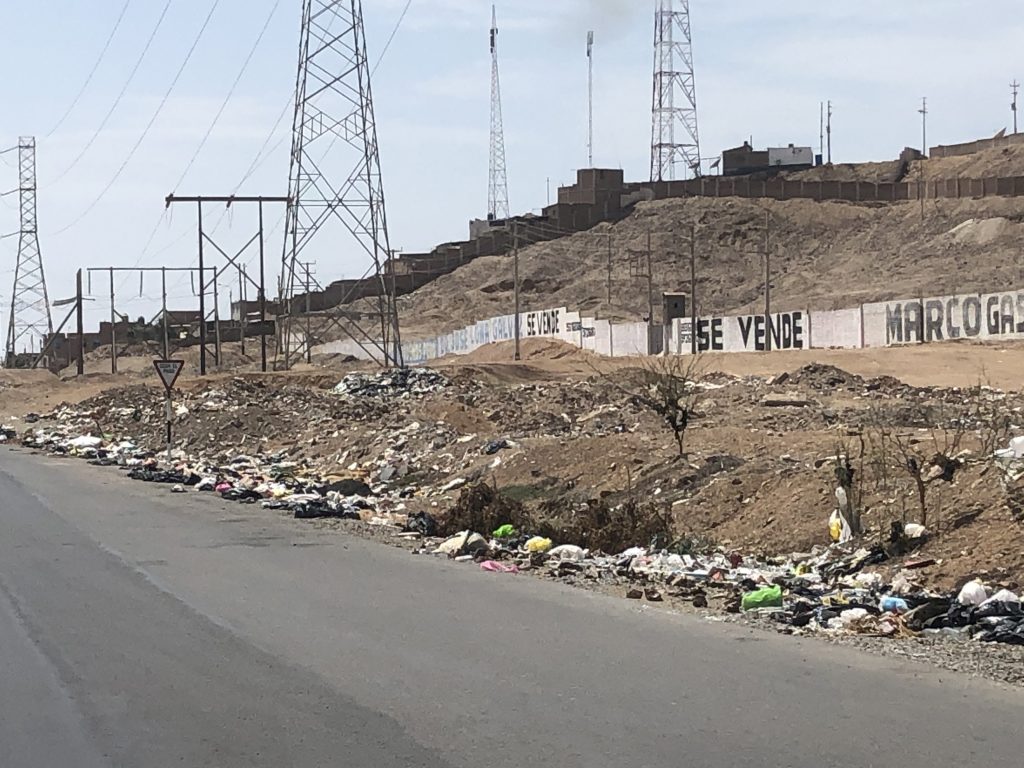 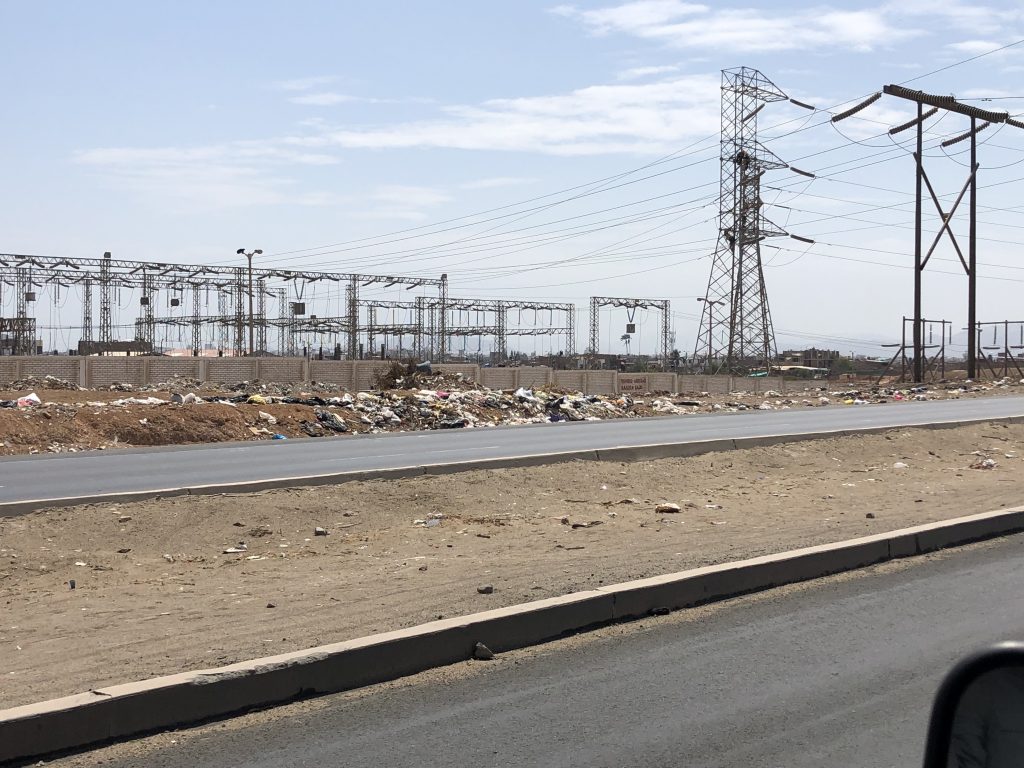 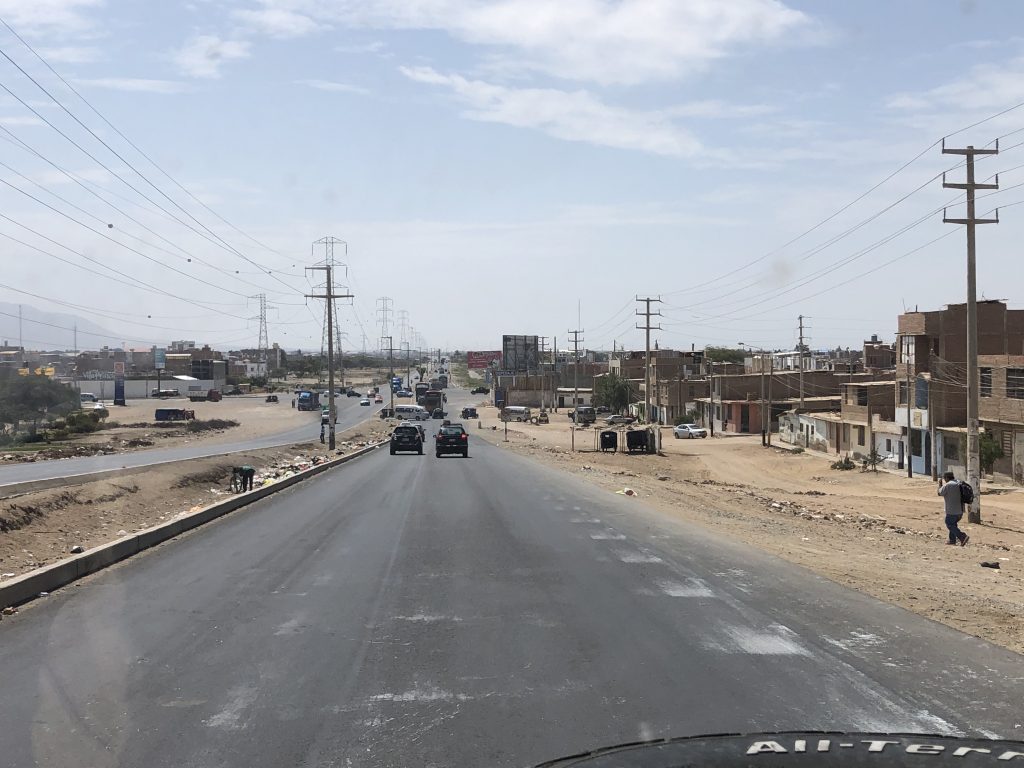 The coast of Peru sees very little rainfall, that happens mostly in the mountains, so there are some nice desert landscapes to see in between the towns and ignoring the litter.

At this stage of the trip we are on the main PanAmerican highway which in Peru is the main highway of the country and so is either nice straight road or even dual carriage way so we make fast progress across the desert from the haven of Swiss Wassi to the surf towns of Mancora and Huanchaco which are a little touristy but still nice sunsets and our first Inca Cola as you can see below.

We did also pick up a good deal of culture along the way as some of the oldest pre-inca ruins and museums are along the coast including the very good Lord of Siapan museum which was as well done as any I have seen on my travels and very informative, we also visitied the city of Chan Chan which at its peak had a population of 60,000 and covers a great area but they had a 30 year drought due to an extreme El Nino event and the whole city was abandoned including the impressive citadel.

Off to the mountains next