Ruta 3 Argentina, The most boring road in the world….possibly

One of the great things about this trip has been the surprising variety of the landscape, climate and views in almost every day.  In all the countries so far this has been the most surprising thing and quite different from the roads in Kazakstan or the deserts of Iran where the same type of scenery can last for multiple days, it changes and varies but it is basically desert or steppes for quite some time, here in South America almost every day has been a new and interesting change for over three months.

South America has had its revenge, and it is called route 3, basically running from Ushuaia all the way up to Buenos Aries it is one of the great long roads in South America, it starts well, as just outside Ushuaia there are some lovely mountains and passes as the road leaves the Beagle channel behind but once it gets up onto the windswept plains it runs (with a small break for a ferry) for thousands of miles up the coast of Argentian, so far we have done 1713km of it plus a further 300km of similar plains from El Chalten to join the road so nearly 2000km of treeless, straight road with almost no features, towns or views.  My friend Nelly warned me that it was probably the most boring road in the world and I think he may be right.

The road started well for us, we drove from El Chalten to Rio Gallagos in one day an epic trip of 10 hours, we went this way to avoid the rougher ripo roads as this really slows us down.  With all the off road driving in Peru and Bolivia we are nursing some worn bushes on the front suspension so I prefer to minimise the rough stuff until I can get the car properly sorted with new bushes specially on the front shocks.  This run was pretty boring, flat and with only an odd river valley to break up the monotony of the plain, but we had a fun night at Rio Gallagos fishing club were we were persuaded to join in a communal barbecue, I thought it was planned for 8pm but it turned out that the cooking started at 8pm and dinner was not ready until 10.30pm, it was a good chance for me to practice my limited Spanish and the food was fantastic.  For the rest of the night we were subjected to “the full Argentinan weekend experience” which means loud music and dancing until 4am which starts up again at 8am, but its all part of the experience! 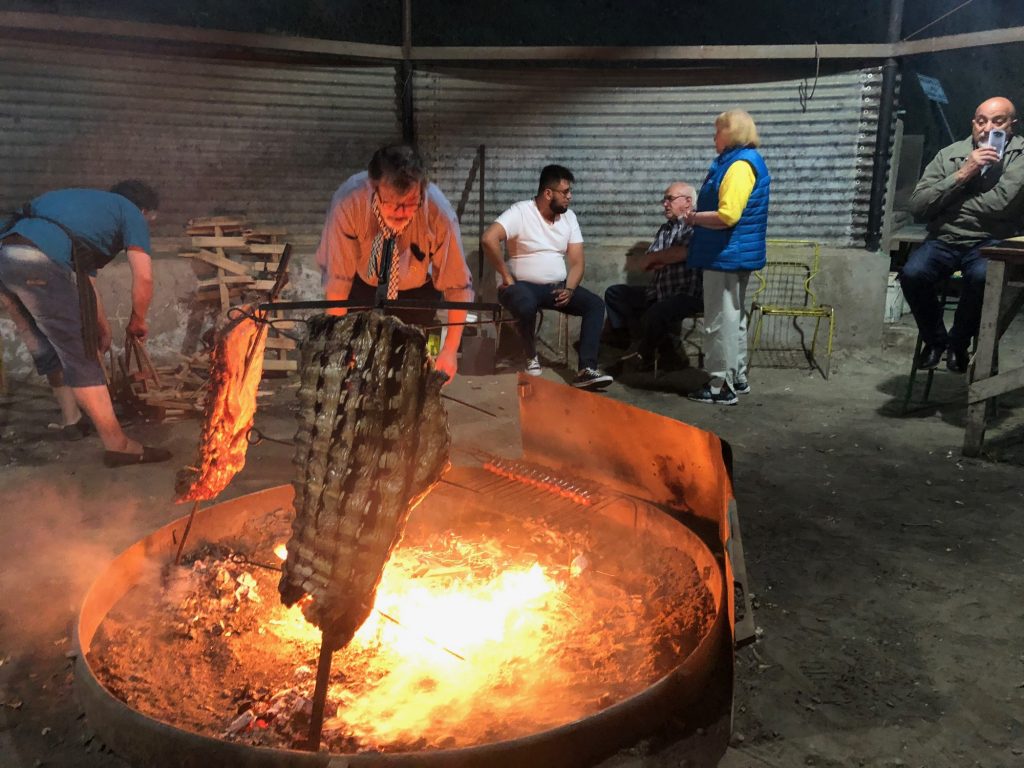 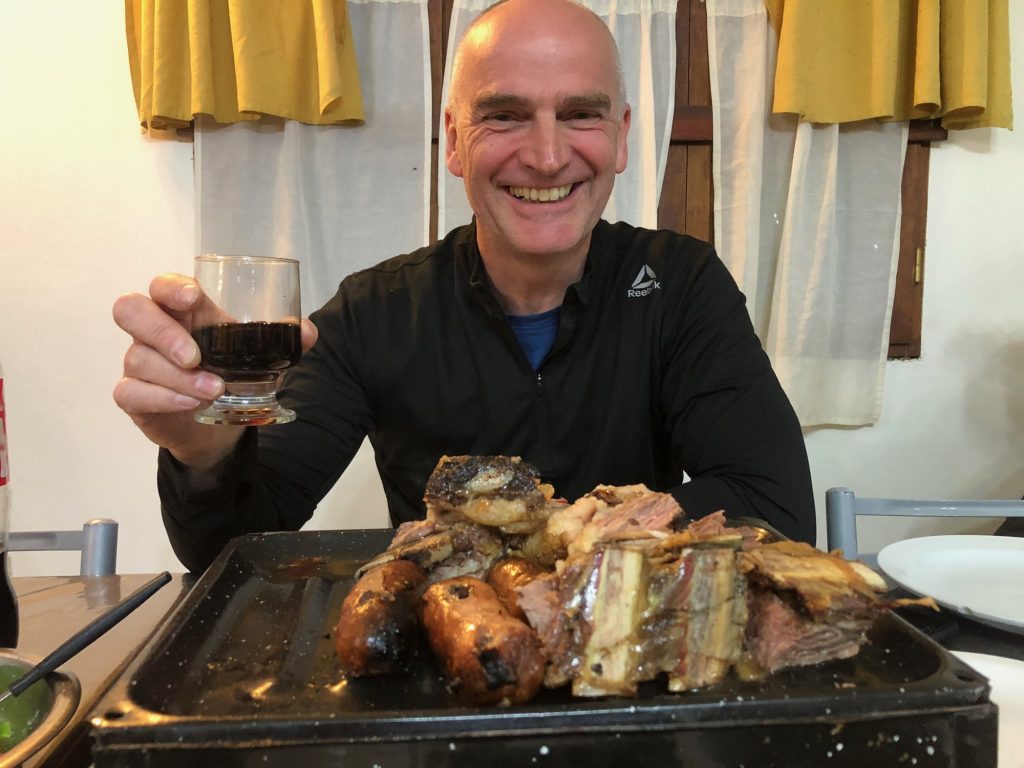 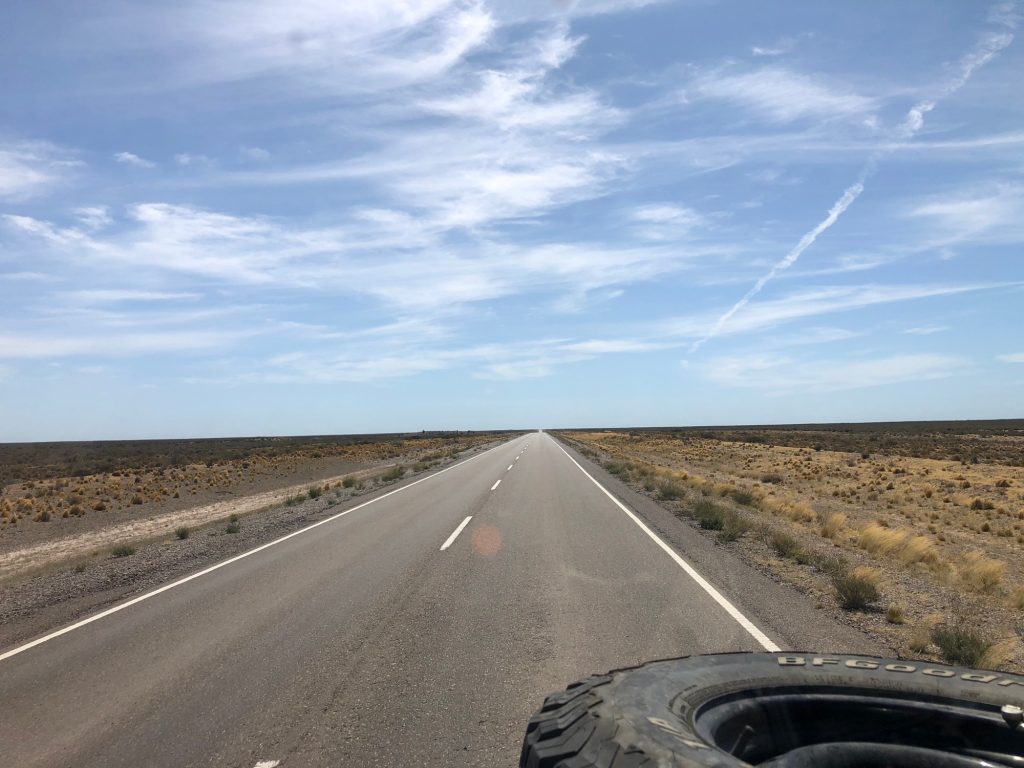 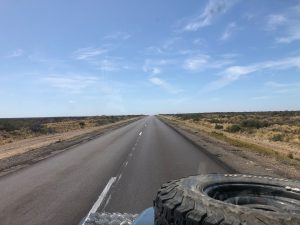 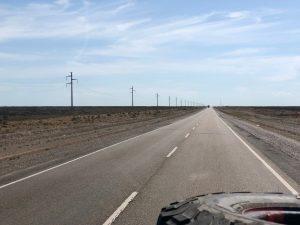 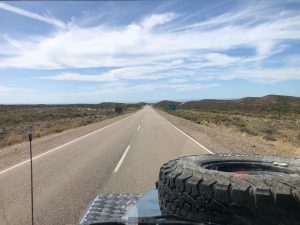 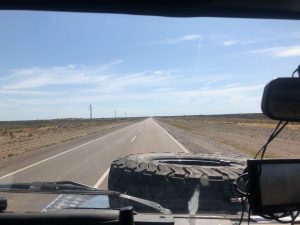 We did occasionally turn off to a small dusty town to camp (successful) or to look for sea lions on a near by beach (unsuccessful) and we did have one lovely wild camp on a nice pebble beach as you can see below. 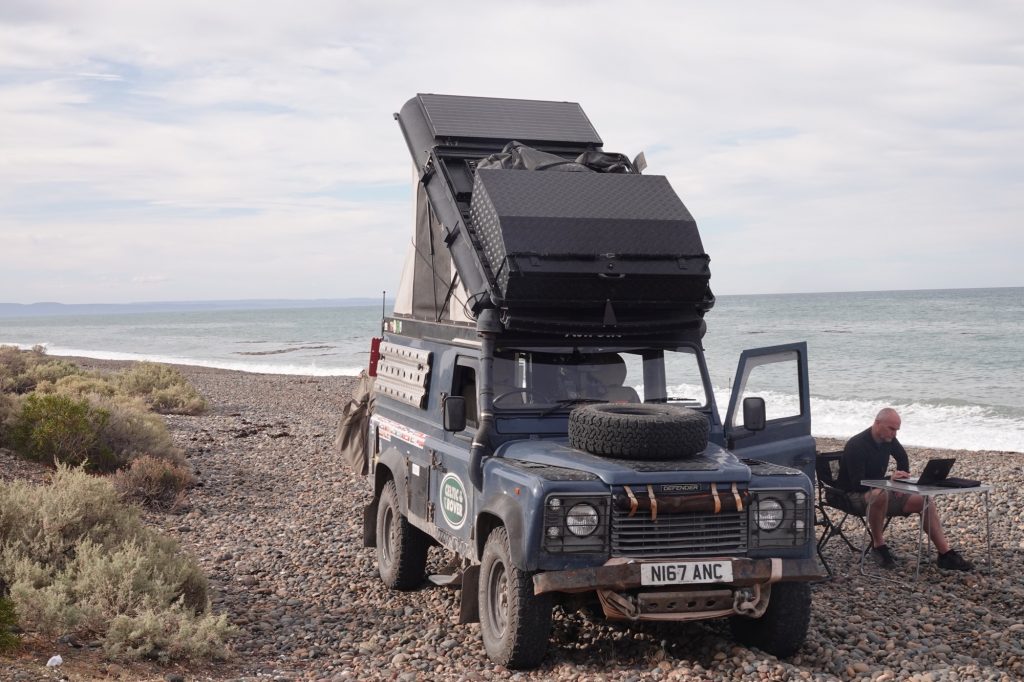 The key thing was that the road was so similar for thousands of miles in a way I have not seen before no trees just flat scrub for thousands of kilometers.  We have driven long roads in the deserts or the plains of central Asia, were there are gentle changes in the landscape or vegatation as we went along and hills or mountains to break up the view, there is no such relief here.  There were a few changes, in some parts there was an increased density of the bushes and in another place we saw some waterholes, and an occasional oil pump was an event, but mostly it was the same, 85km per hour, hour after hour, day after day…

We did have one bit of excitement when the lights on Nelson stopped working, this is a bit of a problem as it is a legal requirement to keep the lights on when driving in the day in Argentina, probably to wake up the drivers coming the other way !

Luckily, with the help of a cup of tea provided by Tony, I was able to diagnose the problem as the switch that turns on the lights and found a way to rig it so that the power was restored to the relay and the lights sprang back into action, in this case the high tech solution was a strategically placed bit of duct tape, but it worked short term and I did some bush rewiring to make a more permanant fix the day after that will do until I get home and can source a new switch 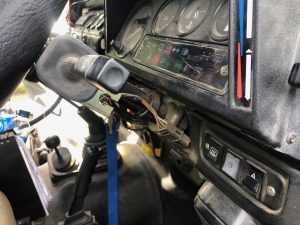 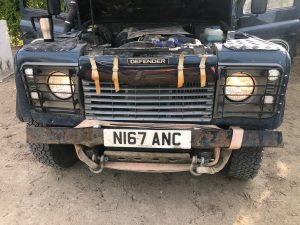 At the end of the road, well not really the end of route 3 that has still some 1500km to run for us, but after about 1700km we turned off the main road to the pretty town of Gaiman which is one of the Welsh heritage towns of Argentina, here we sampled some well deserved high tea at the lovely tea house there and had a nice chat with the welsh speaking lady who served us and who’s family have run this tea house for more than 50 years, her 83 year old mother still bakes most of the cakes and she was very interested in our travels. 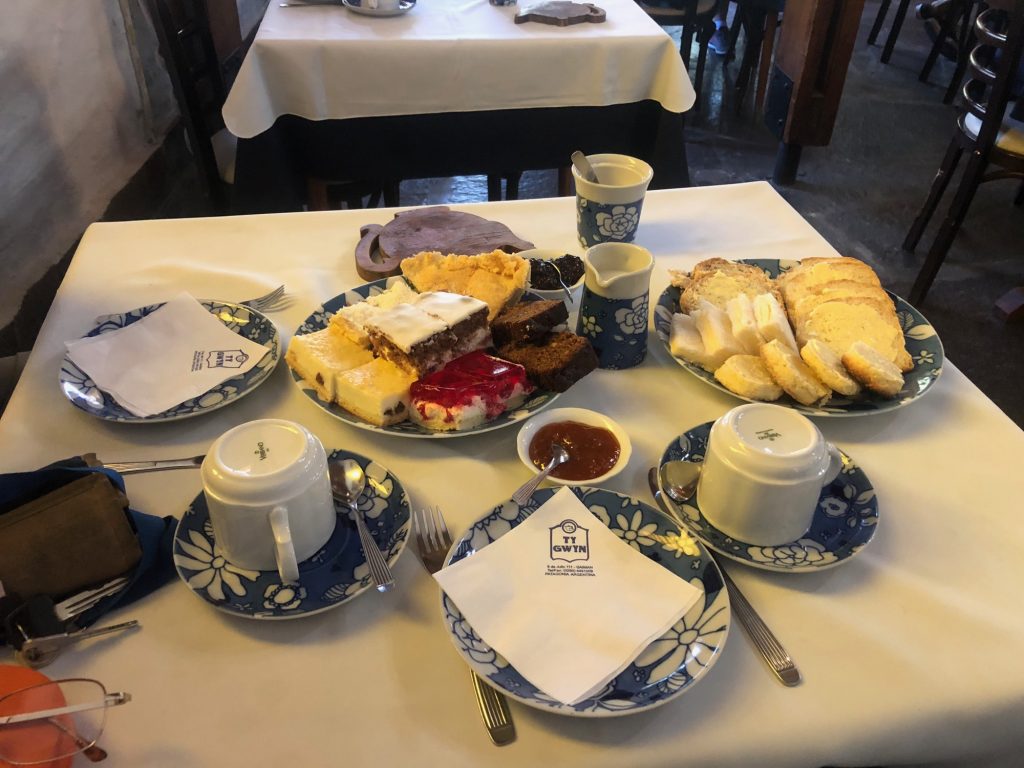 So tonight we are camped at the fire station in Gaiman still trying to recover from the massive high tea we had earlier in the afternoon there was no room left for dinner once we had cleaned the plates above.  Tomorrow we break the monotony of the road with a trip to the Valdes Peninsula to try to sea seals and orcas, or more correctly orcas trying to eat seals apparently that will be a nice two day break from the road before we take it again for another 800km north to the beaches !

Previous All Change in a week….
Next Sea animals, some with beach umbrellas