Sea animals, some with beach umbrellas

Today was an exciting day, after days and days of flat scrubland we finally saw a tree on Route 3 !  We were so excited finally something which appears on the horizon and changes shape and size as you approach it ! 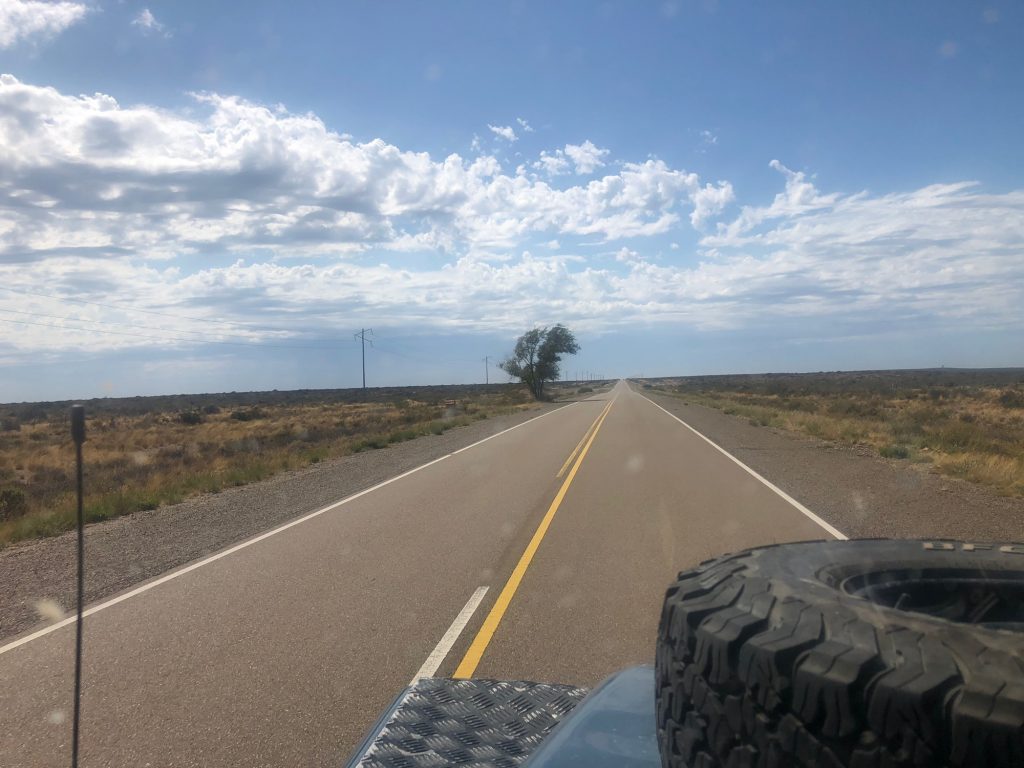 After that the day just got better and better, we saw some wildlife, actually quite a lot of the same two types of wildlife, the first was the Magellan Penguins coming in from the sea and heading up the beach, there are about 300k of them all told which is a lot of penguins and we were able to walk among them within certain limited pathways, all very well organised except the penguins did not know about the limits and kept walking right past us even when we were stationary which was fun 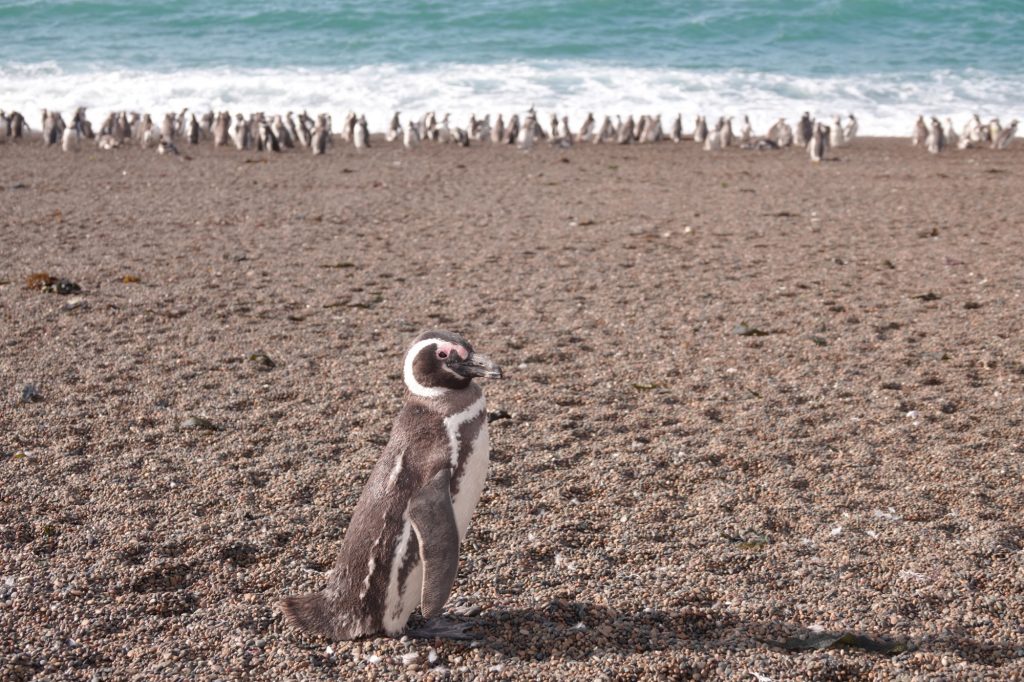 We got there as the sun was setting and all the penguins were marching up the beach to their nests, well except one confused chap who was heading the in the opposite direction for a bit of late fishing perhaps. 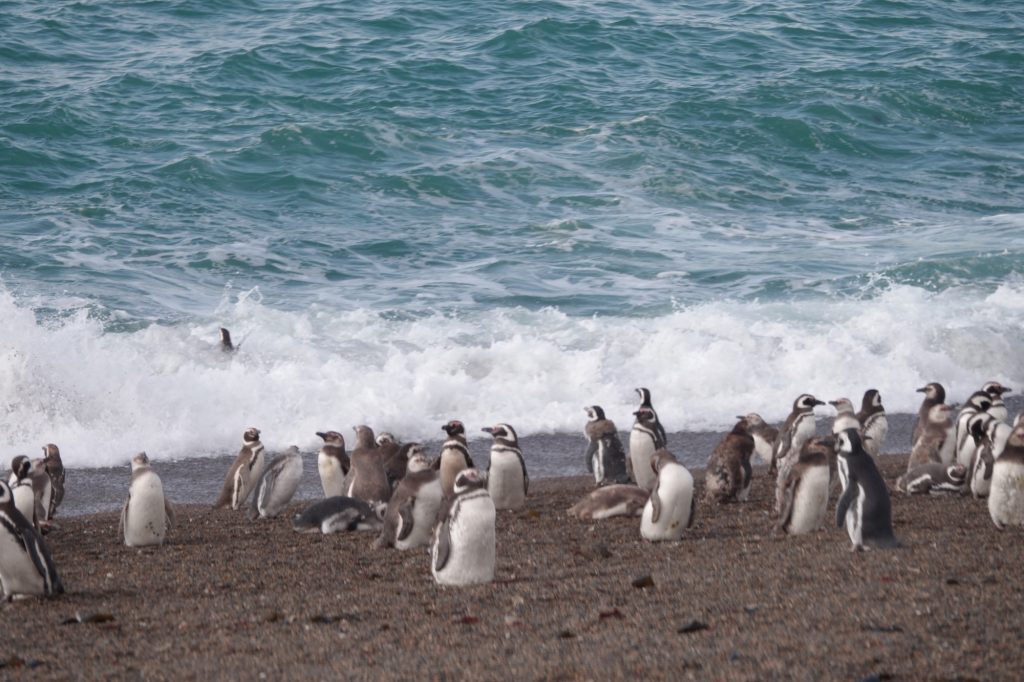 Just before that we had been at the Sea Lion sanctuary which is basically a massive beach with about 30,000 sea lions all chilling out with their babies, sadly we are not the only ones who know about this beach and Orcas regularly come along the beach at high tide snacking on baby sea lions who do not get out of the water fast enough.  Thankfully they had been at the beach the day before and were perhaps a bit full so we did not get to see them charging up the beach to grab a sea lion, I was a bit relieved to be honest 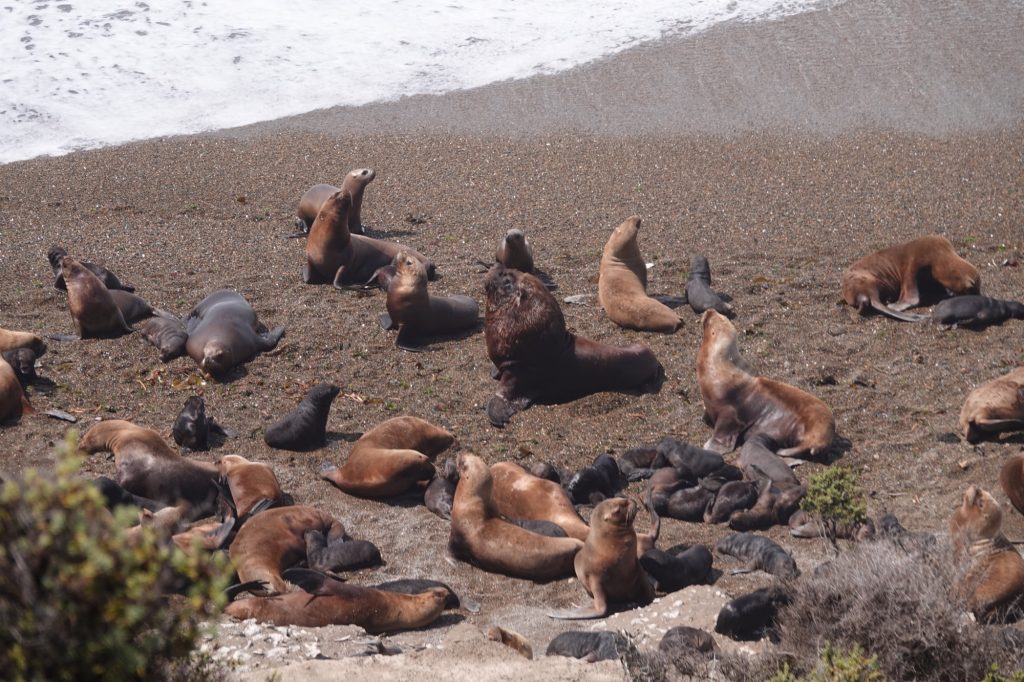 So we had sea lions pretty close, I had brought my binoculars just in case but they were not really needed, it was fun just watching them play and fight with each other. 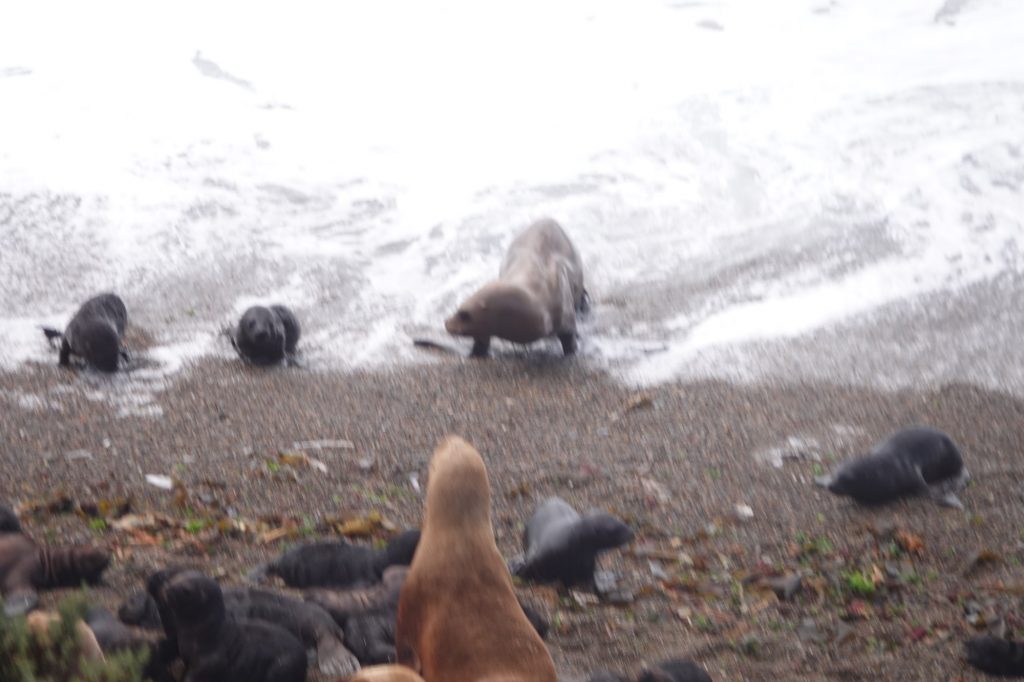 One mother here was encouraging her babies to get out of the sea, perhaps worried about the Orcas while others were making them learn to swim, a fine parental balance 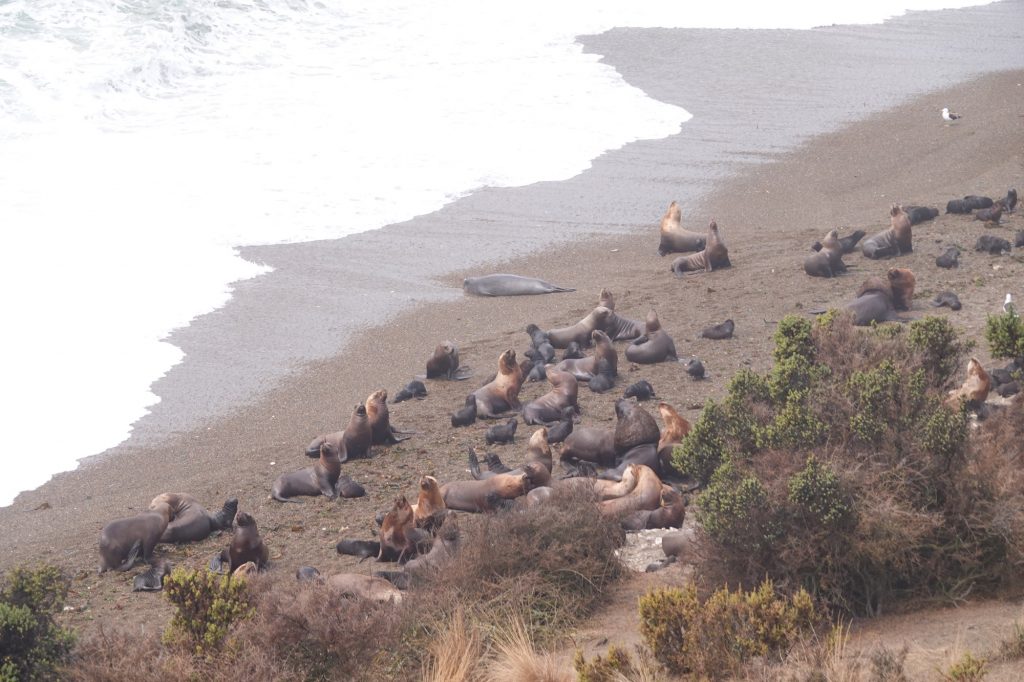 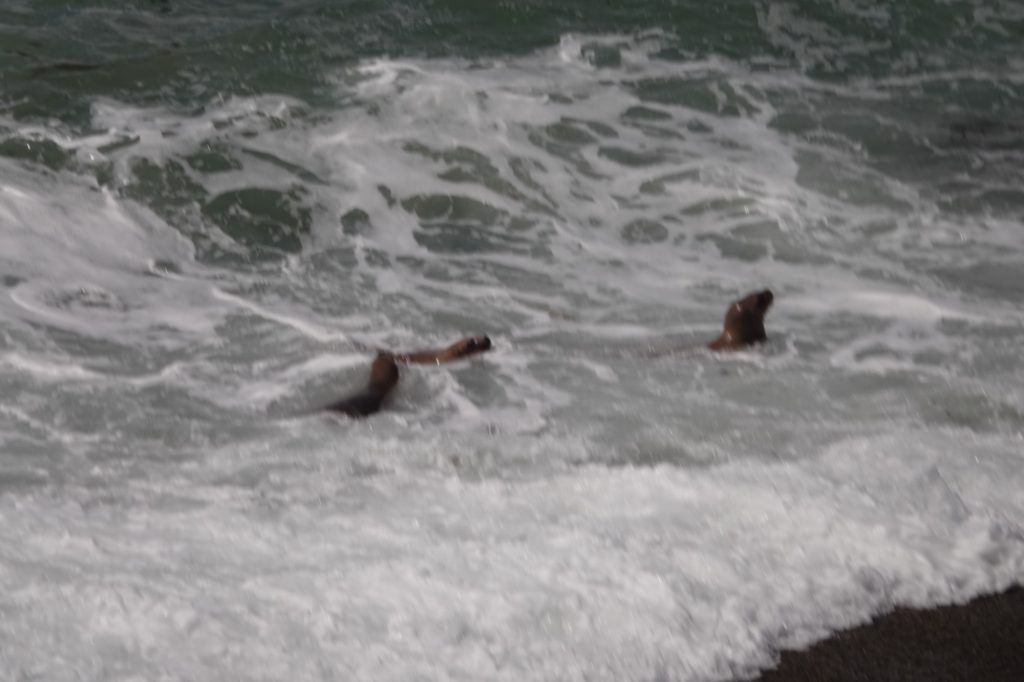 The next day we stopped off at a little village near Videma where some 20,000 parrots nest in the soft mud cliffs over the beach, they go out all day and return en mass to the nests just as the sun sets, I did my best to capture the sight in the images below but the noise was terrifically loud as they squawked and cackled to each other perhaps deciding who to snuggle in with for the night as there seemed to be a lot of swapping around going on with different nest holes and some bikering over where to go 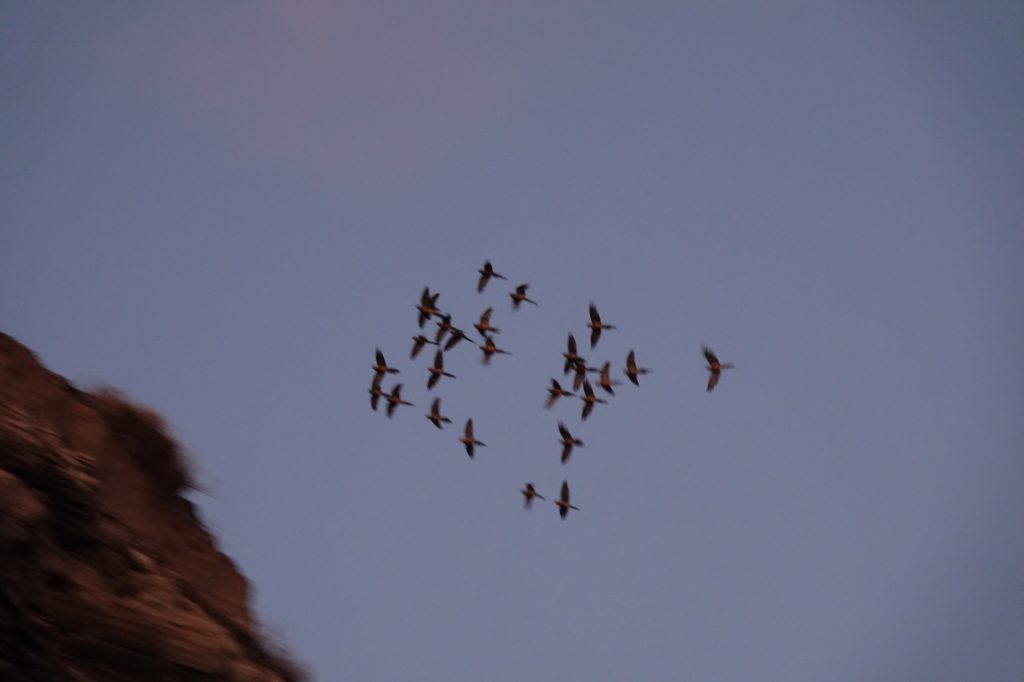 Some of the clusters were pretty large 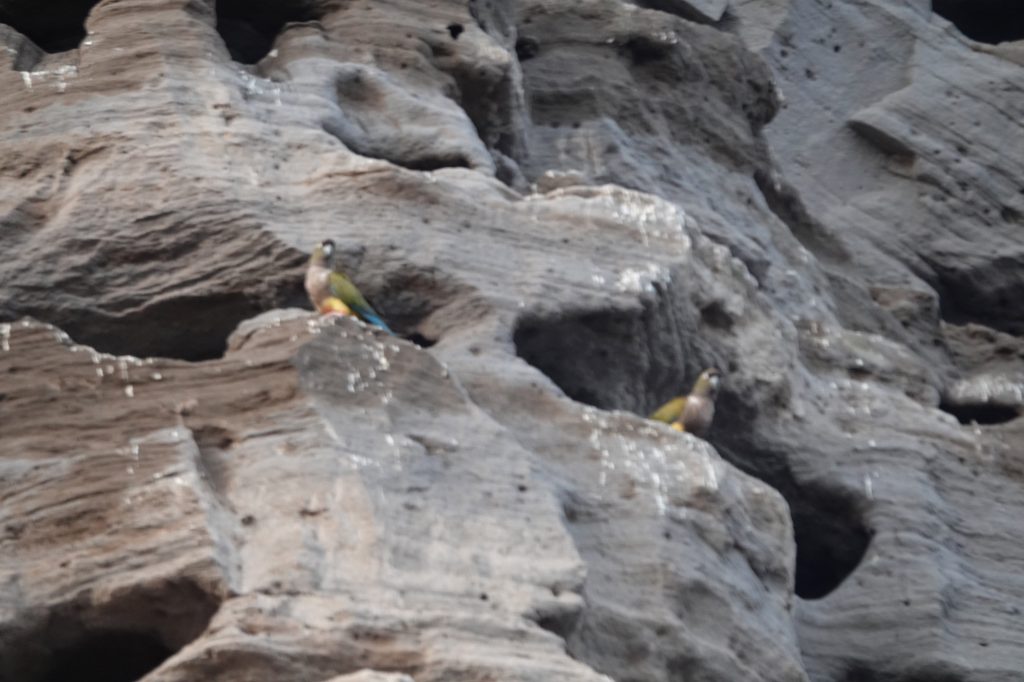 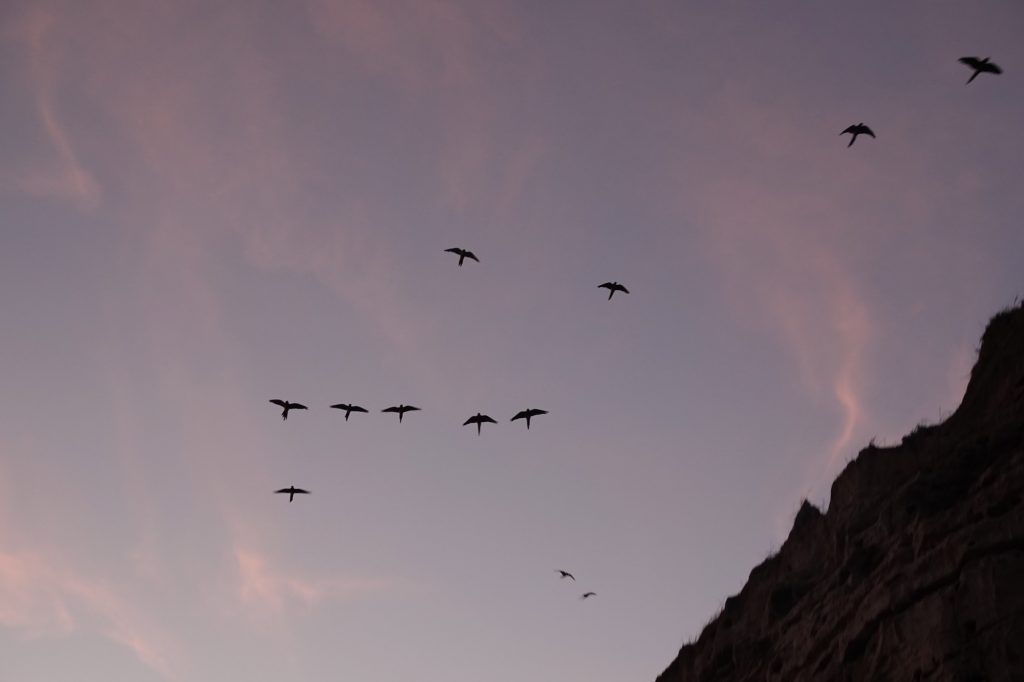 Some formation flying from one group 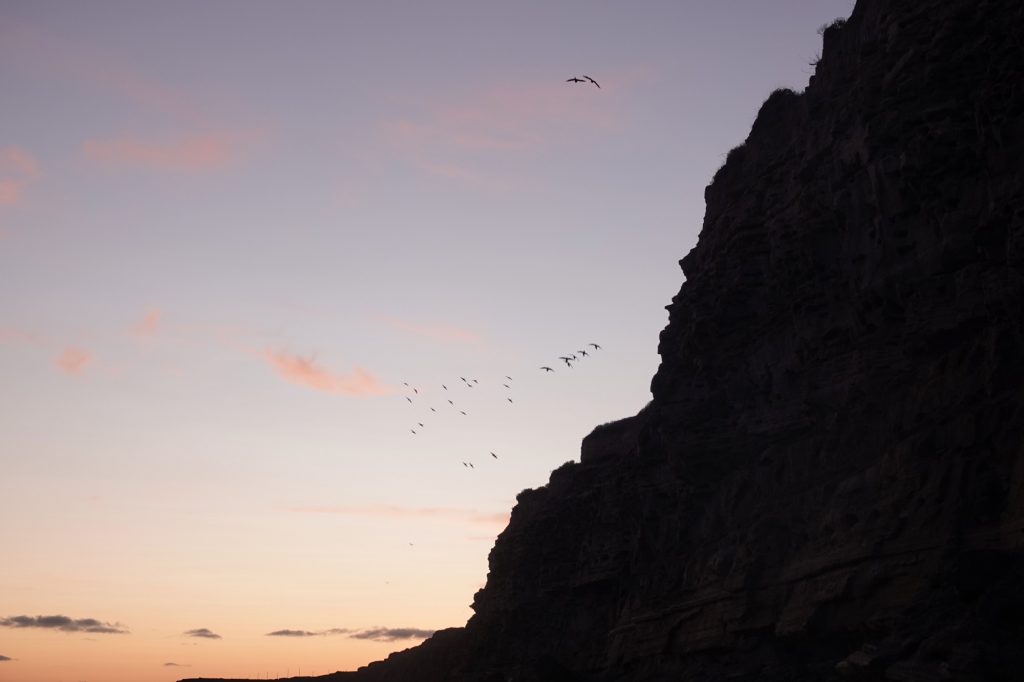 They did make quite a sight flocking to the nests as the light faded and we got some lovely reflections on the wet sand just with the final rays of light from the sun. 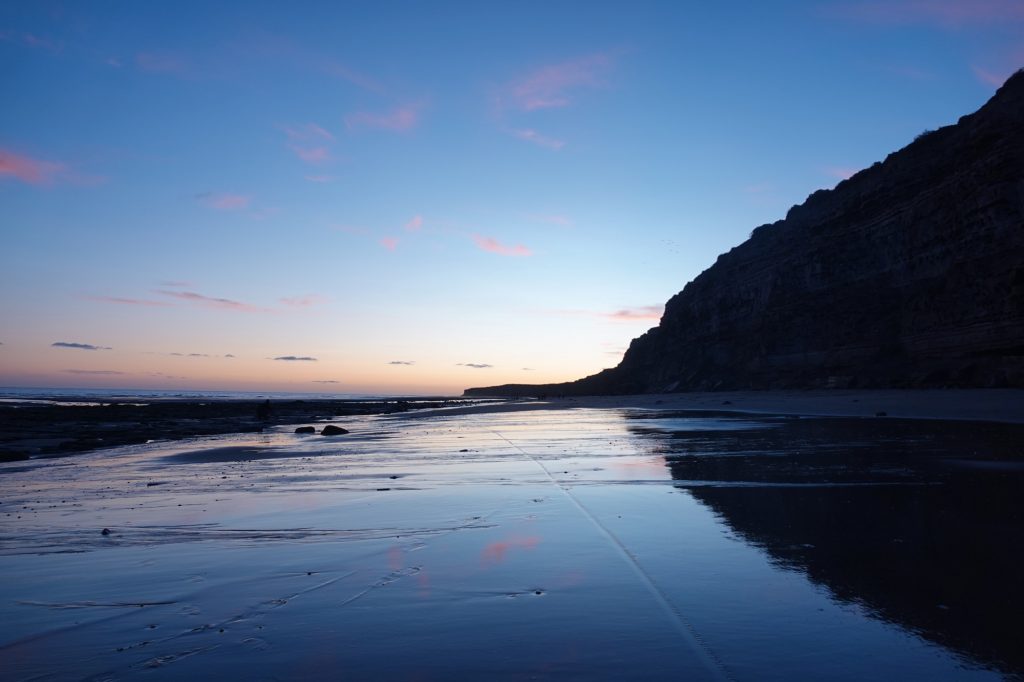 After a few days of watching interesting animals on the beach we encountered the human version today. Every few years I go to a popular beach, just long enough to remember that I don’t like them, in this case we strolled along a beach south of Buenos Aries and had some breakfast, nice enough beach (a bit windy) and nice enough coffee. Interesting to see the folks sipping their mate and playing the the sand. They have trollies with all their stuff, windbreaks, games, thermos flasks and appear to spend the whole day on the beach. Quite a lot of preening boys and girls, but too crowded and windy for me, lets hope we find some quiet coves and chilled out beach bars in the latter part of the trip. At least we have seen beach life up close and got our toes wet, a bit further north and we will be up for a daily swim or two. 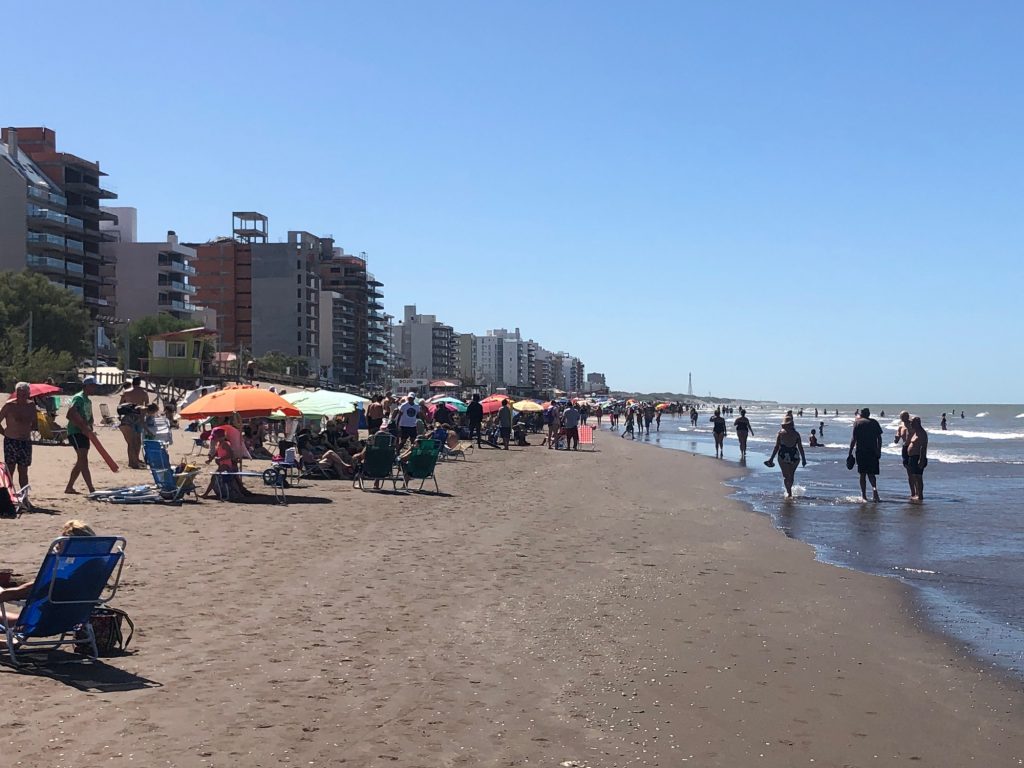 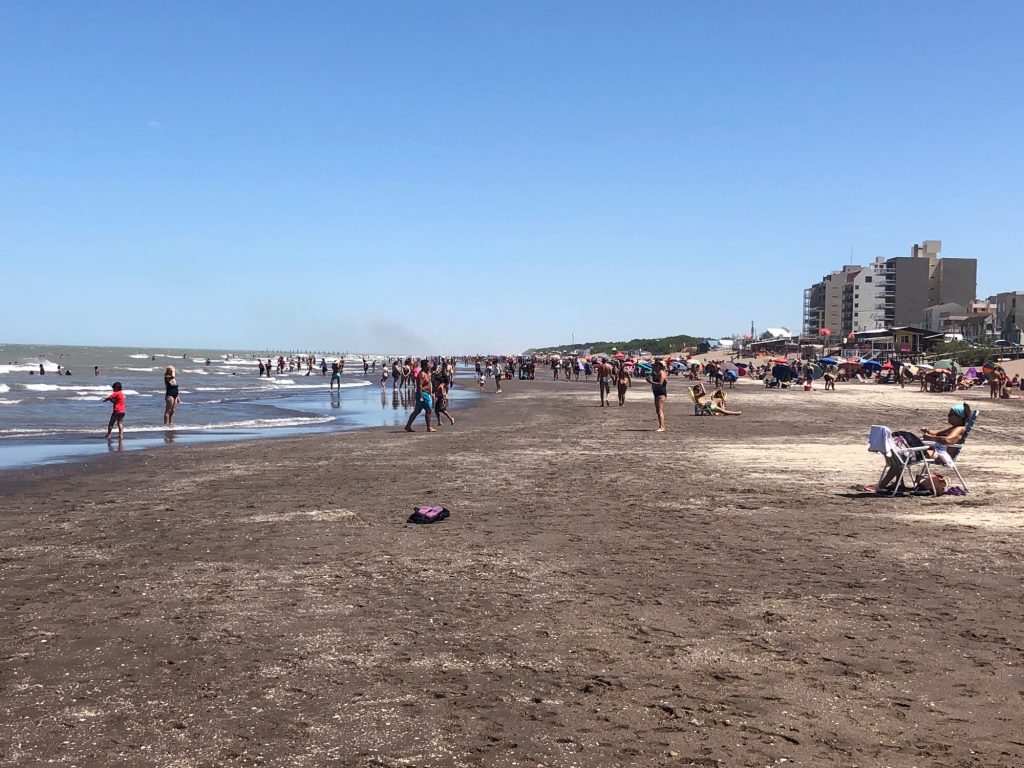 Tomorrow we are off to the pampas and the land of the Gauchos, potentially even a Gaucho museum one day at a crowded beach is enough for me !

Previous Ruta 3 Argentina, The most boring road in the world….possibly
Next Meandering up the river Uruguay