Saying no three times does not mean no…sometimes

One of the amazing things about my time in Iran has been the incredible warmth and generosity of the people.  Hospitality for travelling strangers a long way from home was a critical part of desert survival in the past, and the Persian culture which is embedded in the deserts has this tradition very strongly.  Hence it is common for folks to invite you to stay, specially if you travel on your own in a beat up 20 year old car which attracts a lot of interest, and it is common for people to take you to see the sights, repair your car, offer you food and lodging and at every turn to refuse your offer of payment.  In truth I think that no payment is expected most of the time and this is a genuine and generous culture and people.

However it is possible for Overlanders to miss a trick here, and that trick is good manners and respect.

I was in a garage and a technician plus a few of his chums worked on my car, even calling their English speaking son to help interpet, the job was quite tricky adjusting my heater system to work in the high mountain passes and the pressure sensor I had brought along was missing a connector which they sourced.

Anyway at the end of all this I asked how much it cost and the first answer was “no nothing, we are happy to help a stranger, welcome to Iran” I persisted and said I should respect the technical work and pay some cost as the work was very valuable for me and the man quite skilled, again heads were shaken but I asked the son to translate that I would feel better to reward a skilled man for his work. I did pay then about 20 Euros and everyone seemed happy that this was reasonable, as you can see in the photo below. 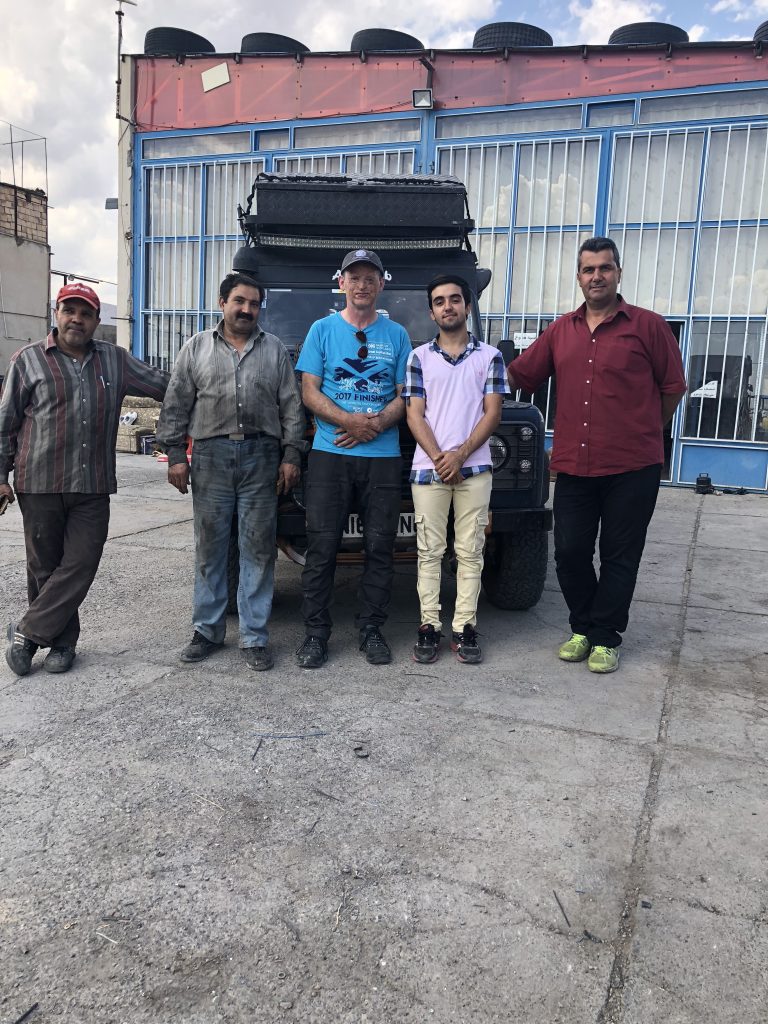 I later accidentally found out that my friend Abdol, on the right, would have paid the guys for me with his credit card if I had misunderstood and just said “thanks very much thats grand” as he uses their workshop often.

When I was in Shiraz a very kind friend of a friend offered to put me up at her family house, I stayed for two days and the younger sister guided me through the sights of the city, I was a bit wiser now so managed to pay the entry into the sights (outsiders charged 200000 while locals are expecting 20000) but I still felt guilty that I could not accept all the food and time of these kind people without trying to do something.  This is Fatima with my car outside their house where I slept for two nights and on our tour 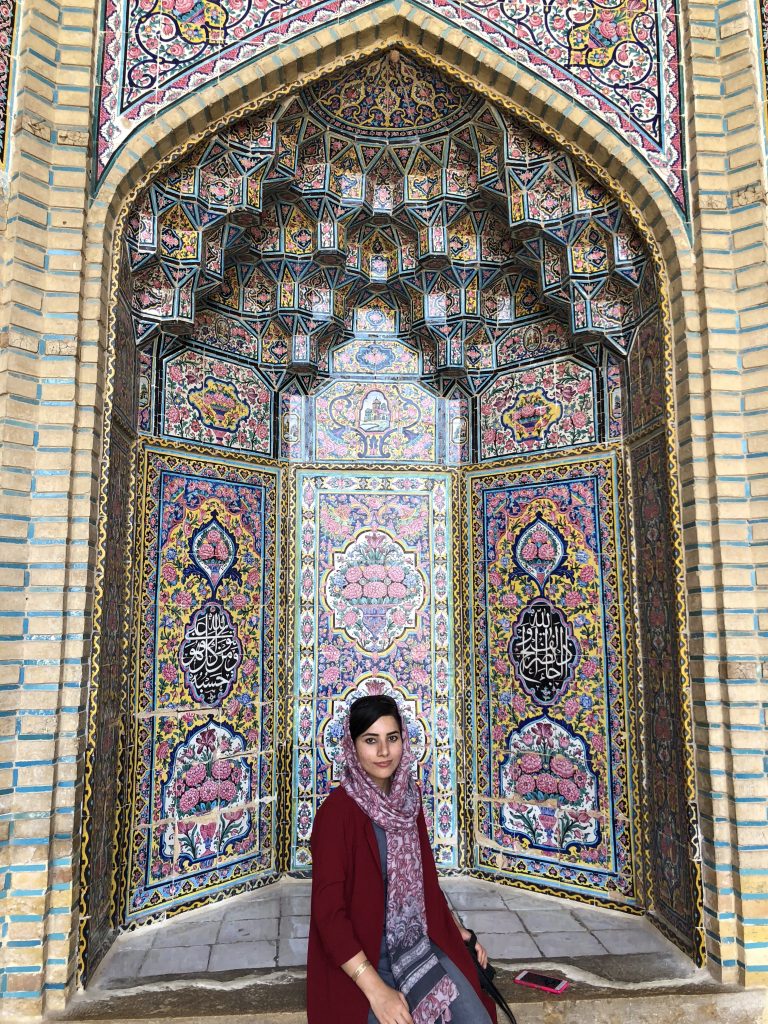 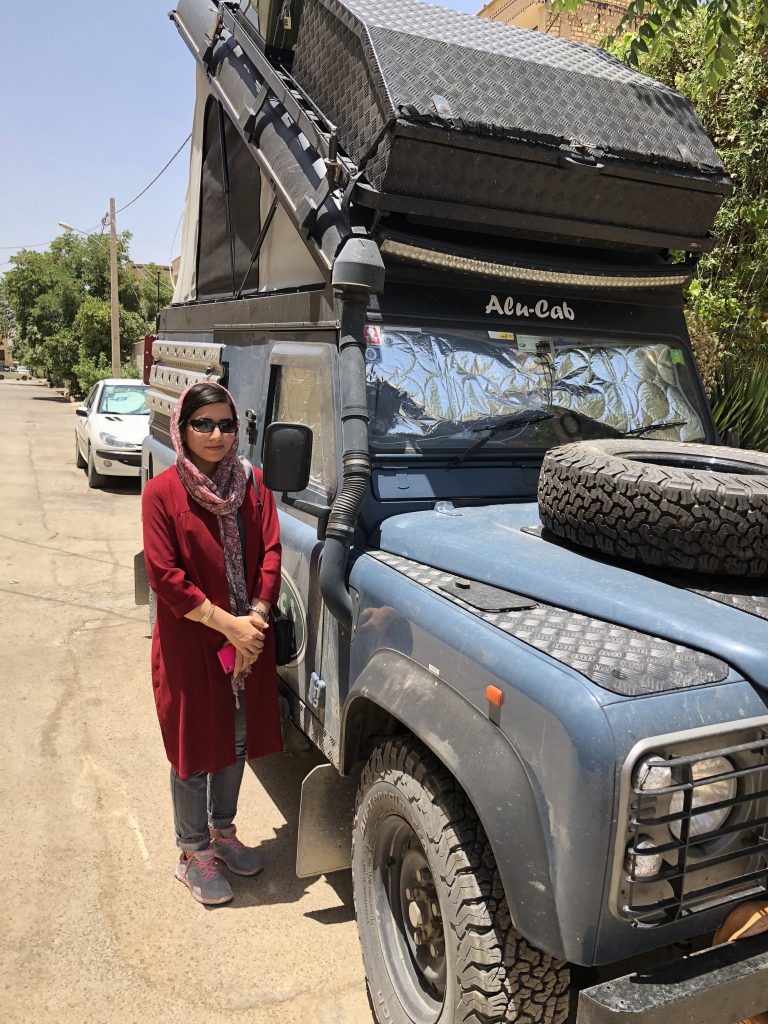 I persuaded the daughter to choose something for her mother by saying that it was an Irish custom always to come to a place with a gift, we got some spices the mother likes and these were handed over with much protesting but also some big smiles and more tea was offered, I thought I had done well.

The girls were a bit more tricky so I asked them to show me a scarf shop, scarfs are a big deal in Iran as every lady must wear one when outside and most even wear them inside as you can see below, 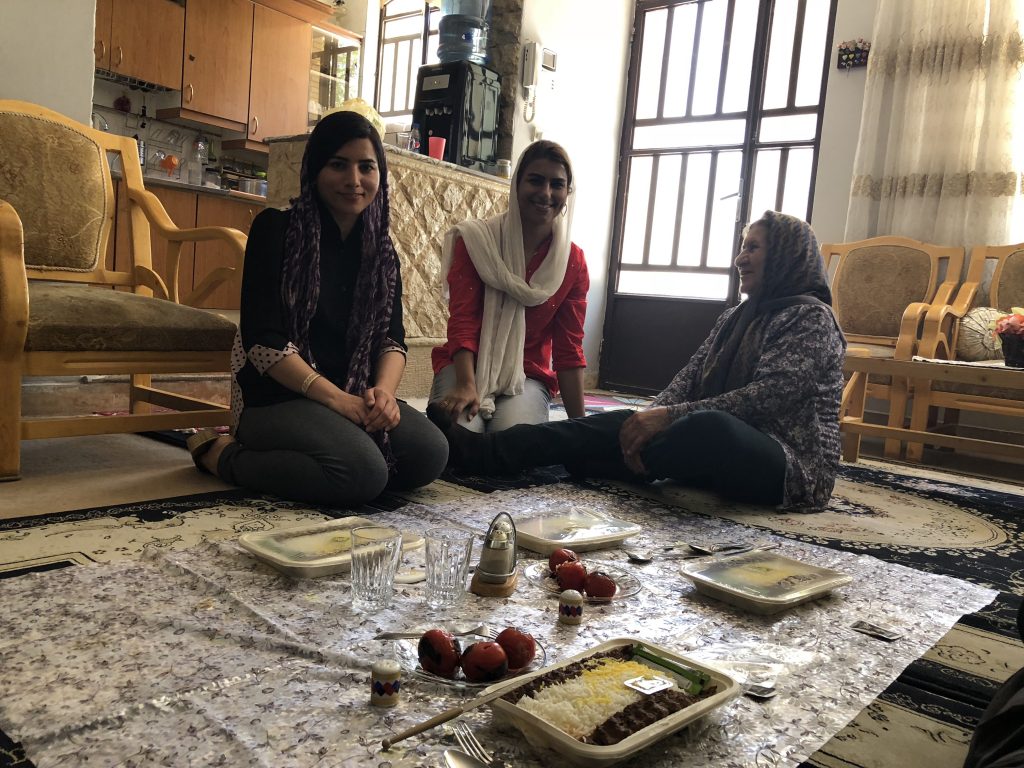 Once in the shop I switched from pretending I was wanting to buy to scarf for my daughters to saying I needed to buy them something so I could not leave the shop until they had chosen scarfs for each of them and their mother, after the customary protestations, and refusals, I insisted that it was my tradition and my wife who is wiser than me had told me to buy them some presents (a wee white lie but she would have if she was there) 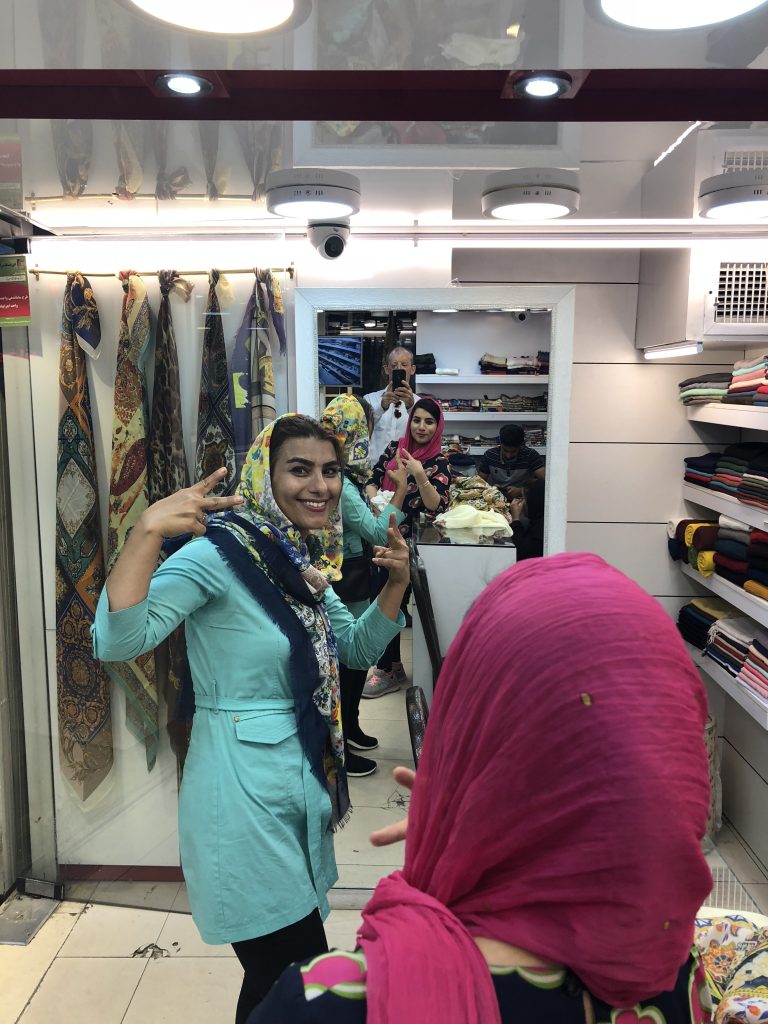 As we were walking away from the shop the girls were concerned that their mother would be upset that I had bought them presents including one for their mother but I explained that it was my tradition and I would feel very bad if I had not so it was not for the accommodation and the food, I understood that was offered freely, but it was for the tradition and the good luck that it brings to all.

As we walked to the car one of the girls said “yes we understand, I would never go to stay at a friends house without bringing a gift…..”

Later that evening all three wore their new scarfs with warm smiles and I felt I had done the right thing, not that it was expected, that is not the point of this blog, just that it was a good thing to do.  Always a matter of personal judgement but remember in Persia it is normal to have to persuade friends to take gifts, or to have to push to pay, so normal it is both understood and good manners….