THE ROAD TO SONG KUL AND OSH

We decided today to bypass the town of Bishkek and instead take a rougher but more scenic road to a little high level lake called Song Kul, We set off from our overnight campsite on a beach on the shore of Issky Kul after a nice swim 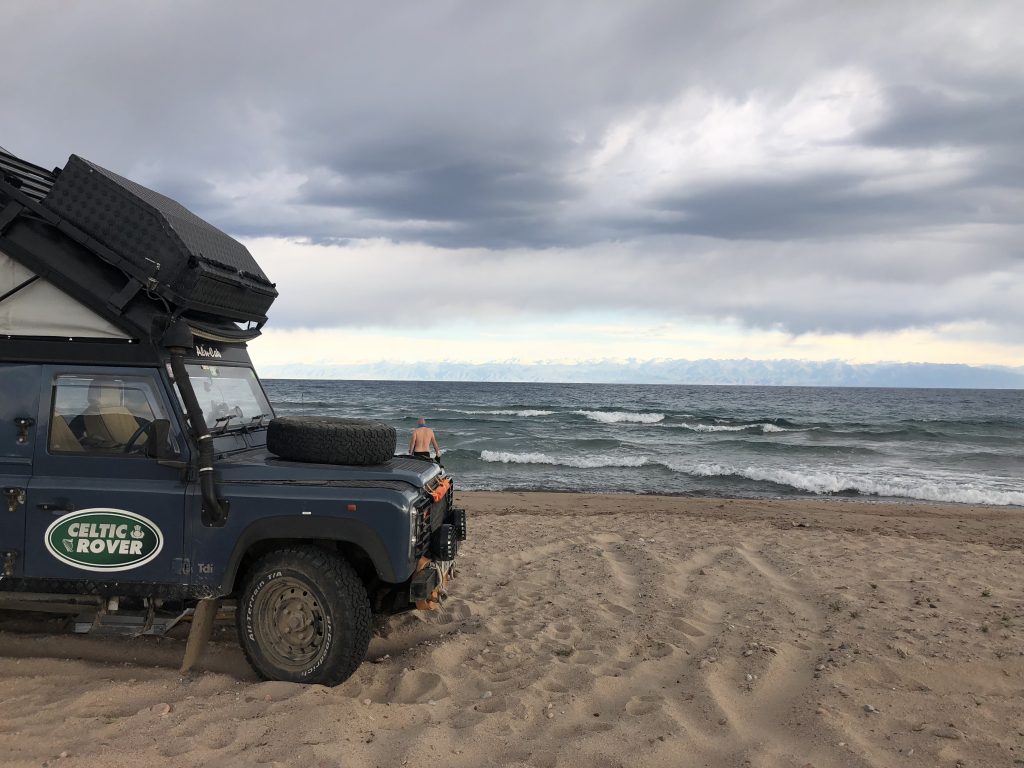 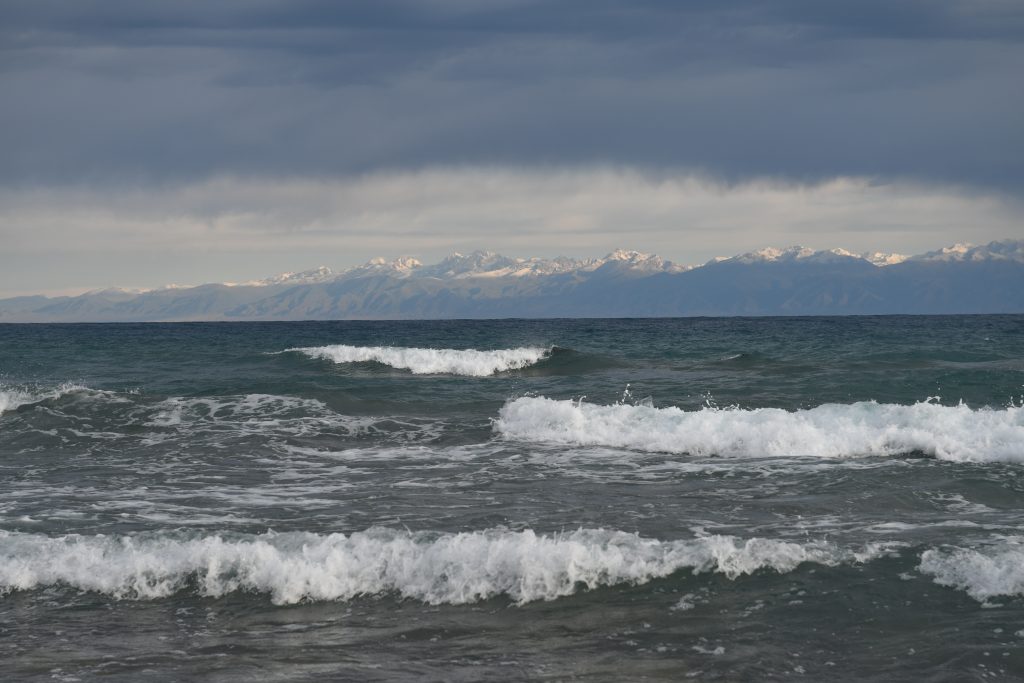 We made good time along the lake shore to the road south. It was a nice change to just breeze along in the sunshine with the music keeping us company and no potholes or rivers to navigate. We turned off for Song Kol at the valley before the lake and enjoyed a nice run along a graded gravel road which seemed to have just been laid as it was super smooth and an easy drive between towering peaks 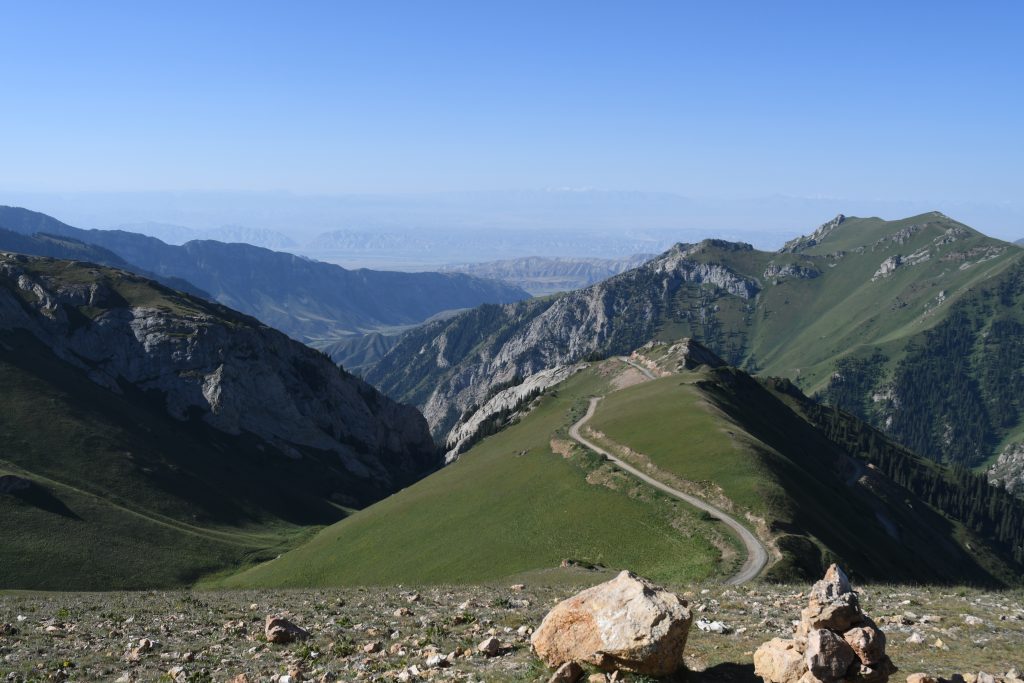 To get to the lake there was a rougher track so our low ratio box was well used but again it was an easy run even though slow and we crested the pass without any trouble, that was good news as this was the first time we had Nelson at highish altitude and he seemed to be a bit smokey but managed the climb just fine

Song Kol lake was a great spot, the weather was lovely and we were able to stay outside a nice yurt camp where we got a good dinner of local food.  The yurt camp was very busy and lively as a group of 30 German botanists were there so we enjoyed the company of the teachers and watched the students played volleyball at sunset, the sunset over the lake was pretty spectacular 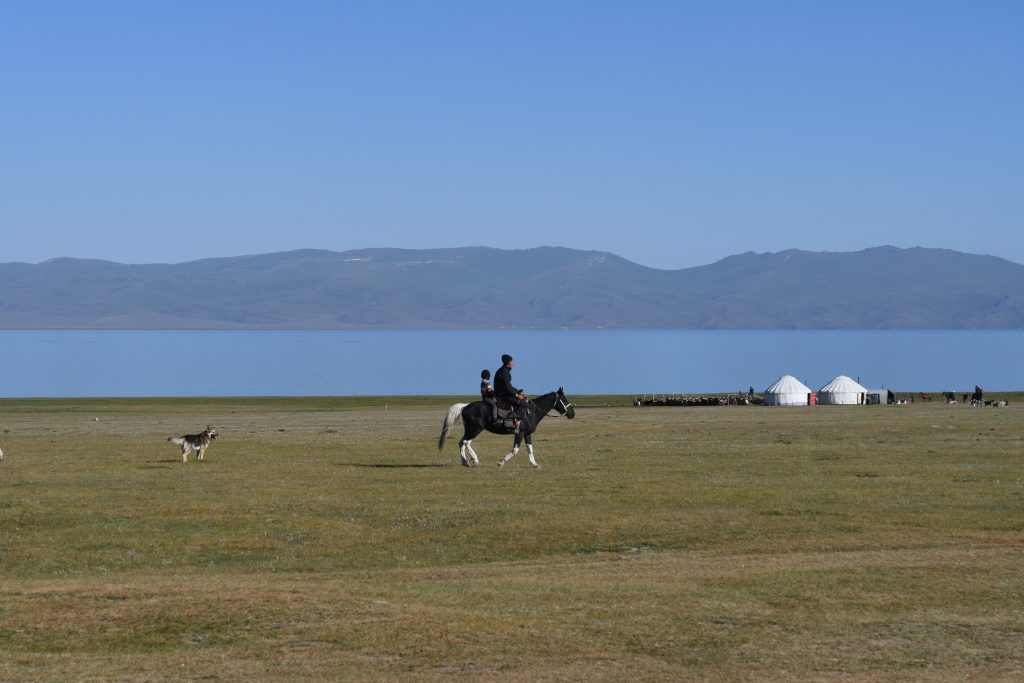 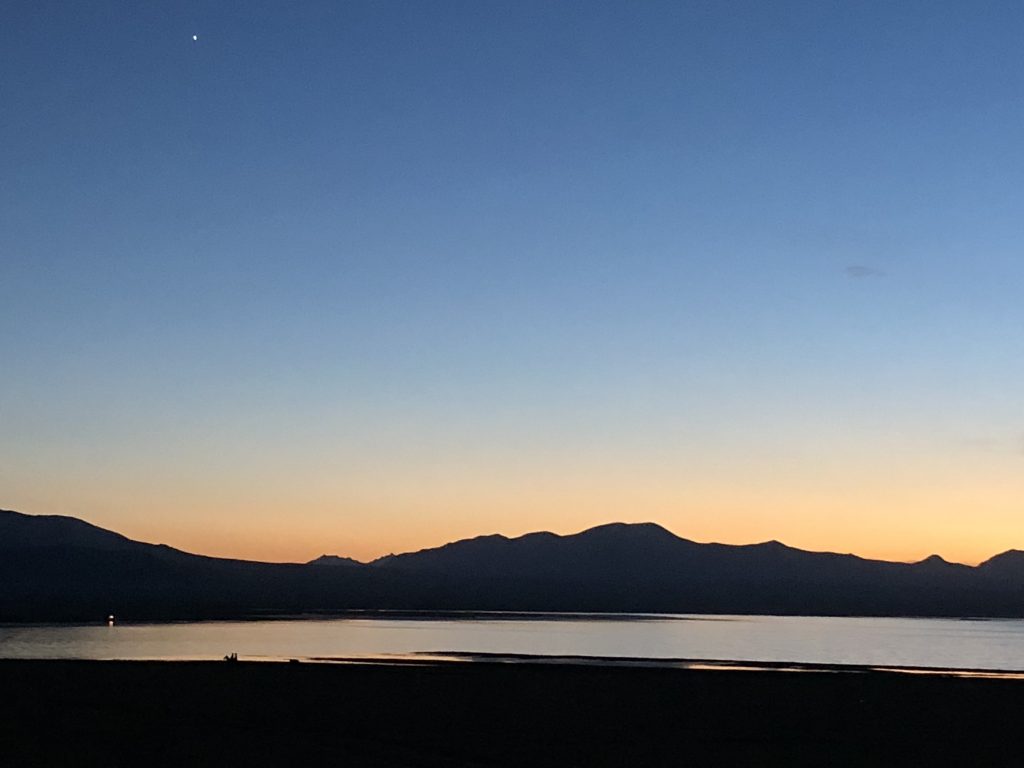 The next day we took the minor road from Song Kul to the ancient city of Osh as you can see from the pictures below it was a spectacular road and for us unexpected as it is not marketed in the way the Pamir highway or the Karakhorm highways are promoted, it was a delight to drive but a very long driving day

The day was made longer as we suddenly heard a loud grating noise from the car which seemed to just get worse and worse on a narrow bit of the road, eventually on a wider bit we were able to pull in and do a bit of investigation, I found that a stone had got stuck behind the brake guard and was able to cure the problem simply.

As usual all the good photos are down to Tony Borill who manages to take brilliant pictures of our adventures while I sweat the small stuff like keeping the car going at 4000m !

Along the way we saw a very nice lake and a car down by the lakeside so we though we would drive down for a spot of lunch, as we drove onto what looked like a rocky shore the land rover went in six inches deep, thanks to stopping, locking all the diffs, and gently reversing out in low ratio we got back onto solid ground…I then got my binoculars out and realised that the Audi estate we had seen by the shore was in fact deeply bogged in and two guys and a young boy were trying to dig it out…

The boy scouts in both of us kicked in and Tony walked ahead to find me a firm path down to the Audi, it was difficult to get close enough and I nearly got stuck myself but all the tech on Nelson kicked in and we were able to get within 30m with the sand ladders, between our long two rope and theirs I could just get a line onto them and we could pull them out successfully.

Previous CHARON CANYON
Next Peace and relaxation in Delhi

Designed & Hosted by Stuart Docherty Design
© Copyright 2021, All Rights Reserved by Celtic Rover | Privacy Policy | Terms of Use
We use cookies to ensure that we give you the best experience on our website. If you continue to use this site we will assume that you are happy with it.AcceptedRead more