The Terai lowlands of Nepal and Buddha’s birthplace

After the frenzy of driving in India driving into Nepal really was different.  I guess the population in Nepal is less affluent and less dense but as soon as we crossed the most western border the traffic density dropped by a factor of about ten, you can see below a picture of Nelson at the Nepalese “border crossing checkpoint” just a small sign on the side of the road that we stopped at to get our passports stamped and a similar one 100 meters further which took care of the Carnet for the car,  in between there were side roads, cows wandering up and down the street and a steady flow of people in both directions paying no attention at all to the border.  For sure this was the most “porous” border I have ever seen in all my travelling, which probably comes from both countries having an agreement that nationals can move freely between the states, and the other border, the Himalayas is secure thanks to nature.. 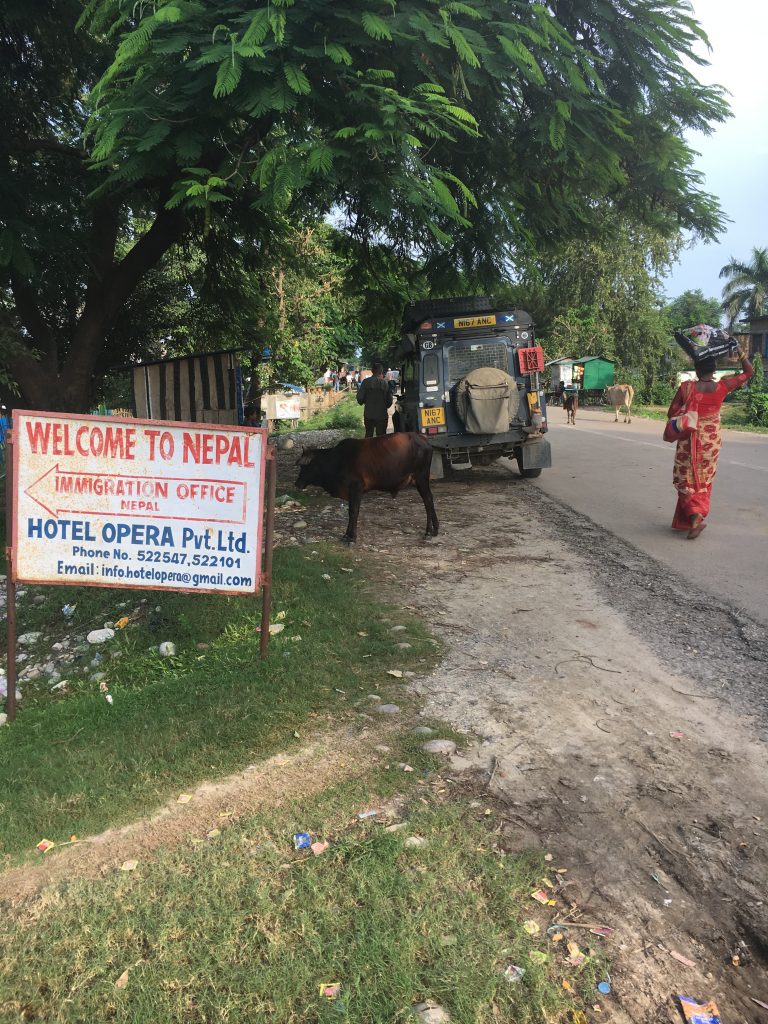 One of the surprises of this trip has been the diversity of Nepal, I was expecting mountains, the highest mountains in the world are in Nepal and snow covered peaks, but I was not expecting the sweltering heat and rice paddies of the Teri lowlands.  It turns out that the only significant west to east road in Nepal is, rather sensibly, along the flat lowland plain and again sensibly called Highway 1.  I had harboured romantic dreams of criss crossing through the Himalaya valleys much as one can do in the European Alps, forget it, the mountains here are of a different magnitude and the roads run from the highway into the mountains as far as they can – which is not far – and then you have to turn around and come back to the highway.  Much of Nepal apart from Pokhara and Katmandu is reached by walking or by plane there are very few roads apart from around the two centres.

So off we set along the Teri plane and the nice surprise is that the roads were actually pretty quiet, mostly smooth, and we made good progress.  The bad news was it was hot as hell and not a tourist area so, even though I had tried to book the “best” local hotels in reality everything was damp and not air conditioned so we sweltered in the paddy fields for two nights, but we had a few nice walks through the villages as you can see below

After the heat of the Terai plains we made it to Lumbini, which is famous as the birthplace of the Buddha in 563BC, personally I had not realised that the Buddha was so far ahead of Jesus, so I was looking forward to visiting one of the most important pilgrimage sites in the world.  It was actually quite nice in an underwhelming way, there was a white building over the “birth stone”but when we were there you could walk in and have a look along with about three other people.  There were a number of monks under a tree and a few scattered monasteries sponsored by different countries buddhists but the contrast with the Muslim shrines of Istanbul and Iran was significant.  Perhaps that is in keeping with the understated nature of the Buddhist people and it was a nice atmosphere in the drizzle of the day (a welcome relief from the heat)

The next day we were to take the main road from Lumbini to Pokhara, well to call it a main road is a bit of an exaggeration, much of it was super twisty, often washed out and just rocky mud, and one of the most challenging drives of the trip.  It was a great road from a challenge and views perspective, but surprisingly technical and 4WD challenging for one of two main roads into the heartland of Nepal, we were beginning to see why most of the tourists take the other road or fly!  However we made it after about 10 hours (google said 4hrs) and were relieved to see our hotel that night 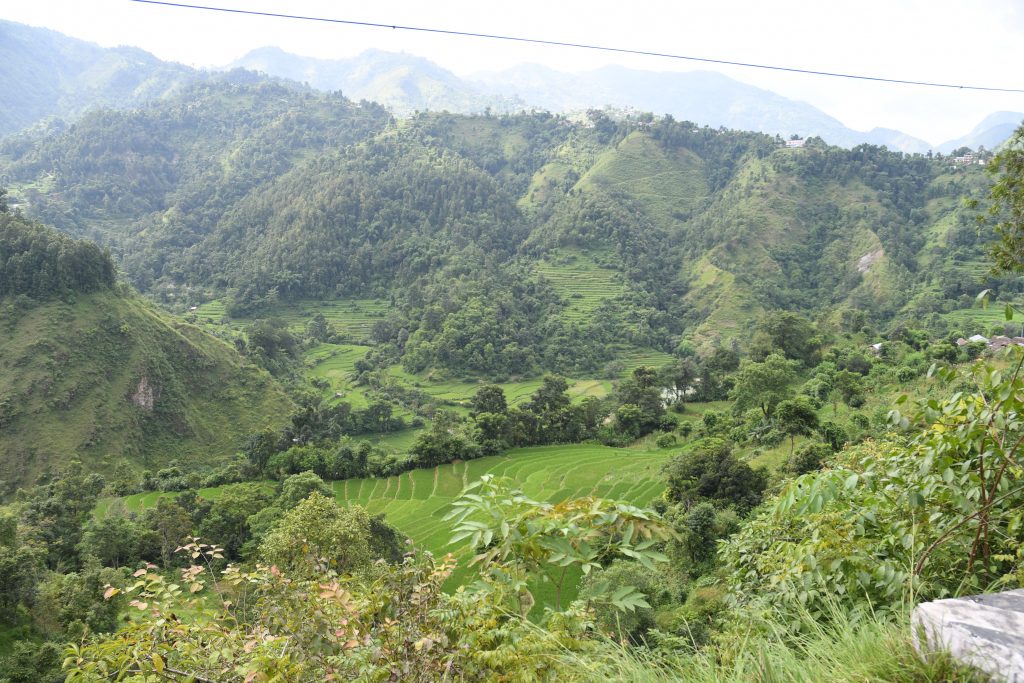 Previous Haridwar – a godly drenching
Next Annapurna and Pokhara