Nelson is beginning to look the part now that the modifications are nearly complete, still a trip enough package when it is in driving mode, but very comfortable when we stop for a few days with the full awning out giving a bit of a bigger living space and decent cooking and eating space even when the weather is not the best which can often happen in Scotland 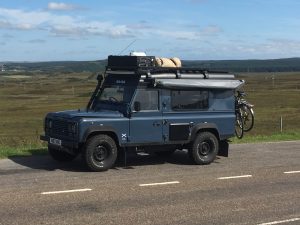 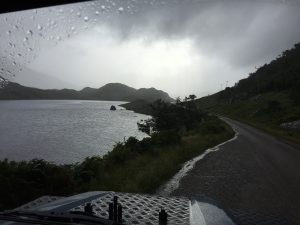 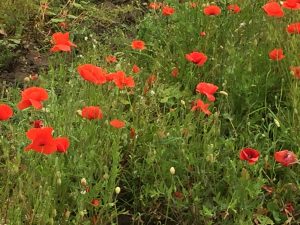 The big modification to the Camper has been the “adjustments” to the inner walls of the awning, as it came it was impossible to access the rear door of Nelson or the side hatch with the inner walls up, and without the inner walls up we had a 2ft hole under the Landy which gave ample room for bad weather or more importantly in Scotland the dreaded midge to penetrate our sanctuary.  Much crude sewing later I created my own modifications which sealed the inner sides of the awing in a midge proof way but allowed access into the Landy. 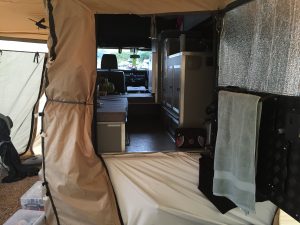 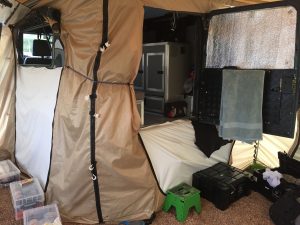 The modifications functioned well and we were able to have reasonably bite free progress round Scotland for two weeks fully loaded with kit and bicycles, some of the nice scenery we encountered is shown below. 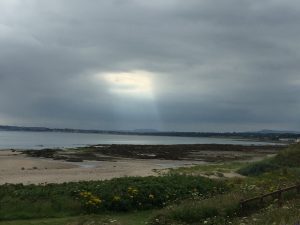 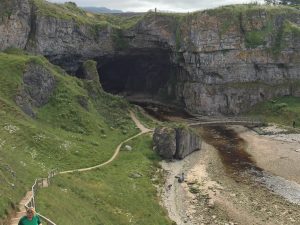 A nice beach view on the north coast of Scotland on the way to Durness led on to the campsite there.

The caves of Smoo near Durness were reached by a short cycle from our campsite below, that evening we had pretty strong winds and camped on top of a cliff on the Northern most point of Scotland, or nearby is not the best plan, but the Awning held with its full complement of pegs firmly in place and much additional bracing.  Super view in the morning out over the beach from the headland. 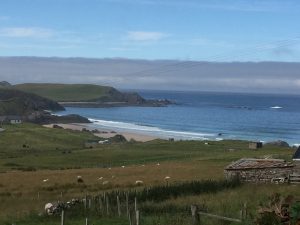 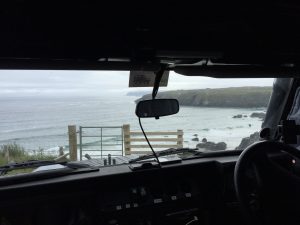 We visited Loch Ness and found a very nice campsite near Fores on the southern side of the loch with a good local Pub and a few good bike trails and waterfall walks to keep us occupied during the days there.  We cooked about half the time on the coleman stove and that whole system with the inner hob for early morning coffee worked very well. 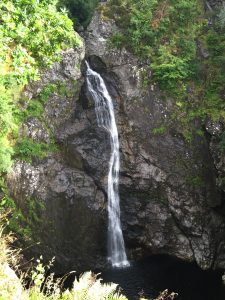 Finally we had a nice time at Dornch where the campsite was on a lovely beach with super sunsets captured on my phone below. 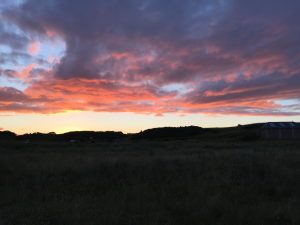 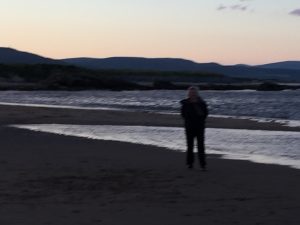 We finished up with a bit of wide camping in Aberdeen shire in the woods we know beside the cottage, here the ground was dry and the day warm so we have the Awning just up for shade and a nice camp fire for the evening. 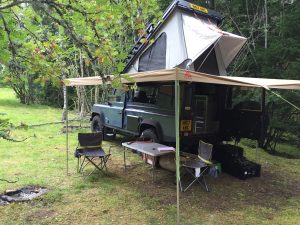 Overall a good trip with only a small list of things to do, the most annoying is the tendency of the radio to crackle and even to cut out completely as there is a loose connection on the front where the facia can be removed, the interference I have sourced to the cable running behind the fuse box so I need to reroute it the other problem may need a new unit once I have checked the guarentee.

Now a two week break while we get the upgraded suspension and the locking diff’s fitted then off to the Adventure Overland show.

This site uses Akismet to reduce spam. Learn how your comment data is processed.