As I planned this trip one of the highlights for me was the run down the Wakhan valley, I had read so much about this road, it is a mecca for adventure cyclists and has the romance of hugging the border of Afghanistan for most of its length. In the past it was possible to cross briefly into Afghanistan at Eshkashem but this option has now been removed so we would have to content ourselves with throwing stones in to Afghanistan across the river. The road was rough down into the Wakhan valley, almost up to Gobi desert levels of roughness but gradually improved as we got towards Langer. 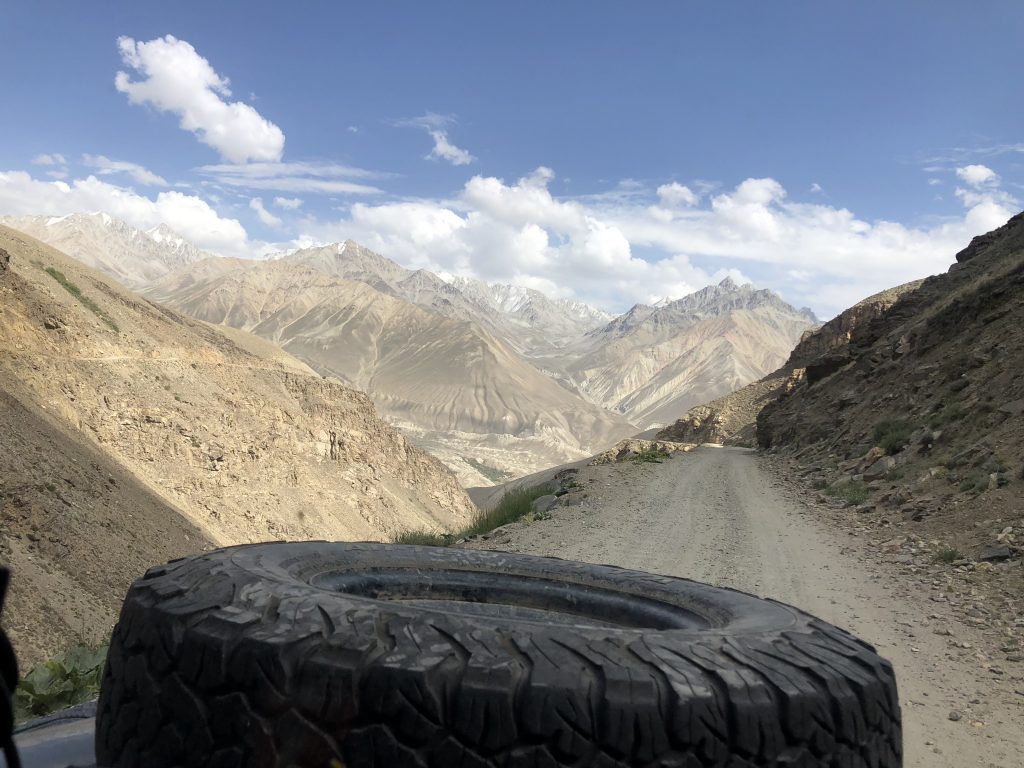 The views along the way are spectacular as I hope you can see from the photos below, you are constantly running alongside a big river which is the border with Afganistan, around every corner the light and the views change as peaks and glaciers come into view and then hide behind the closer mountians. On the first night we stayed in the village of Langer outside a nice guest house were we could get dinner on the terrace, at this point with long drives we were getting a little lazy on the cooking front.

The burger I had in Osh had the bad side affect of giving me a bout of bad tummy trouble which I had managed to stay clear of in the previous months. Thankfully with the help of immodium and antibiotics it cleared up after a few days but it is no fun to travel with a bad stomach

After Langer we made our way to Khorog and the views along the way were really fantastic, the contrast of the snow covered mountians and the green fertile valley is really stark. The people in the villages were harvesting their oats with hand scythes which looked like back breaking work, one could imagine the very same farming system being used in this valley for thousands of years fed by the waters of the river. 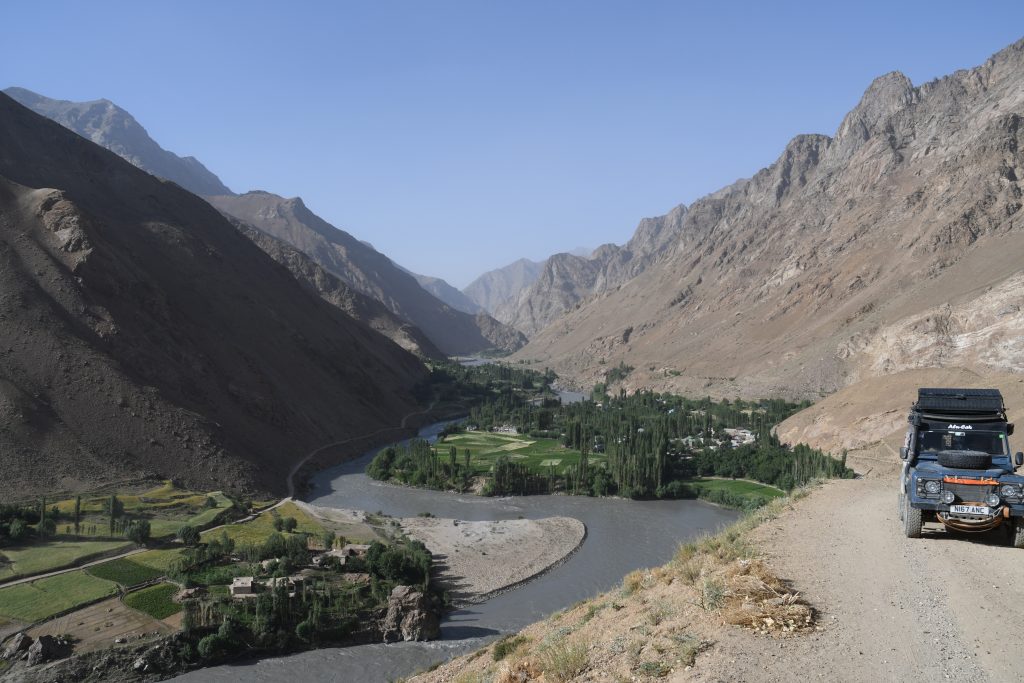 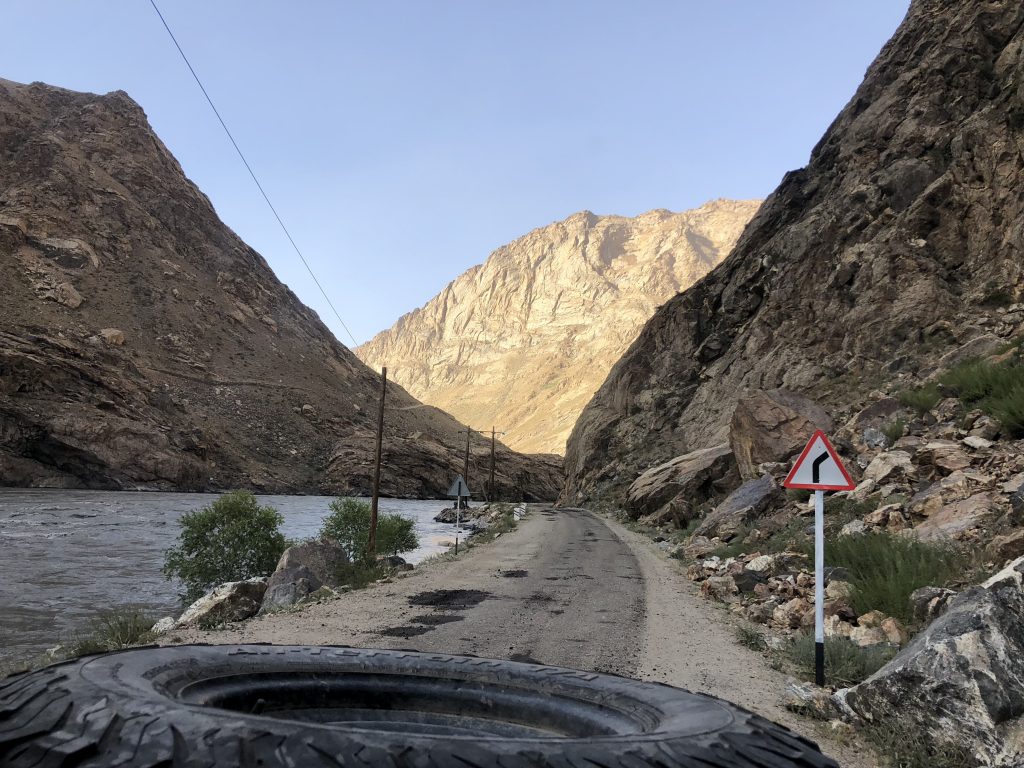 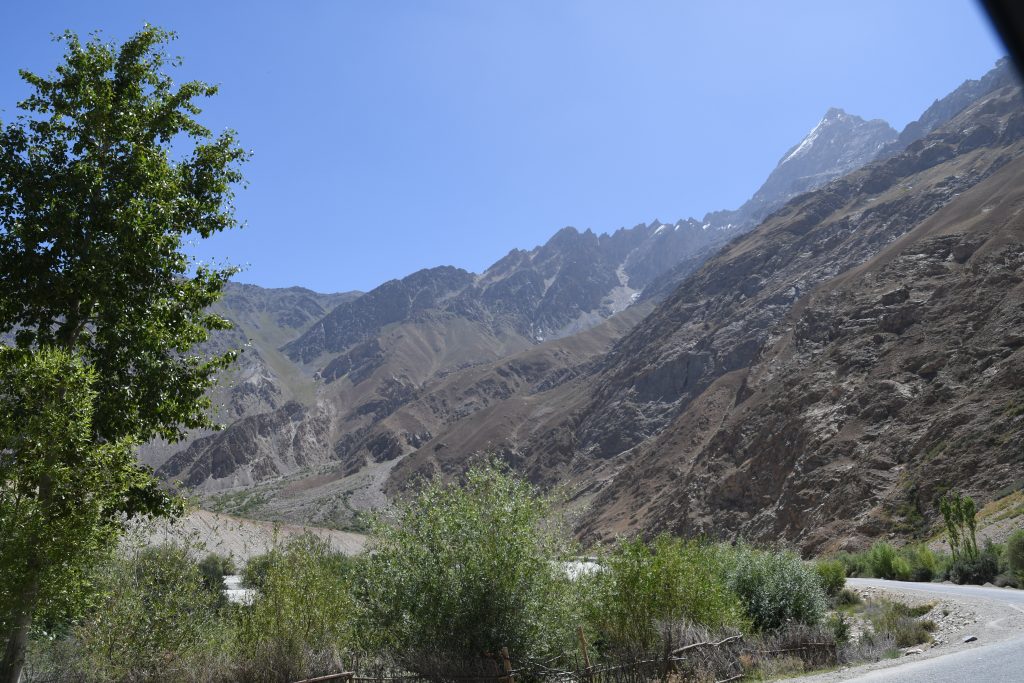 In Khorog we were to stay in a good overlanding place, lots of cyclists and other overlanders gather there – I was carefully eating my pre-packed rations in an attempt to overcome the tummy problems. Khorog was the only sensible sized town where we could get fuel for about three hundred kilometers in each direction so we filled up all our reserves including an extra Jerry can.

The views were great and we got some good gopro footage, which I will load up once I work out the technical challenges. During this part of the trip we had some tough long days, we were on our own, and quite far away from any sensible recovery, fuel was hard to come by and the land rover started to make some odd exhaust noises – I was overcome with a feeling that I have been travelling fast for far too long, and both me and the car need to stop, Tony was great and kept me in good spirits, but it was a warning to me that I need to build in some down time on these trips and not keep going day after day and week after week. One of the effects of the arduous schedule was that I was feeling little energy for blogging, as I was so tired at the end of these long days, and any internet connection we have is horribly slow, so pictures are impossible to load up, so I am now writing this in Delhi where I have sensibly taken a week out to catch up with things. 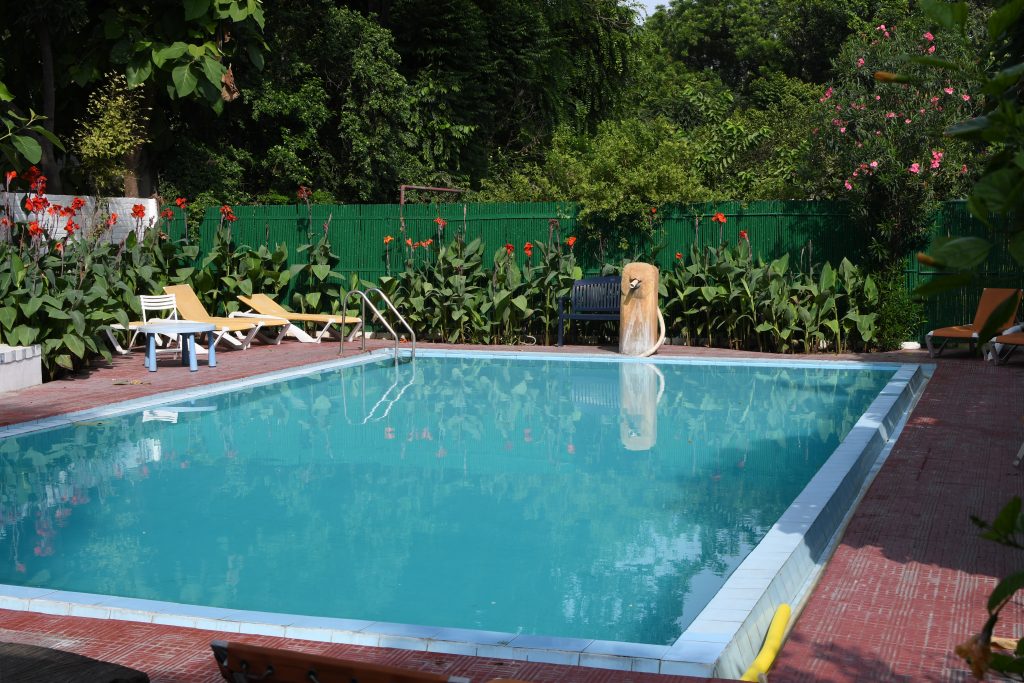 That all said there is no doubt that the Wakhan valley is one of the most spectacular and challenging parts of the whole route and I would not hesitate to recommend it to anyone that wants to see back in time and experience a real sense of remoteness and adventure, just make sure you have plenty of fuel and a reliable transport – thankfully we had both !

Previous Peace and relaxation in Delhi
Next The Pamir Highway