The Pamir highway was one of the highlights of our trip, it is remote and very high at around 4700M which is a long way up when you are getting up there in just one day in the car from 1600m the day before, normally the recommended ascent to avoid altitude sickness is around 500m per day so I was taking some medicines to help protect against the effects of such a steep climb.  The M41 is longer than the actual Pamir but is often confused with it the actual Pamir highway runs, according to my guidebook from Osh to Khorog not the rest of the road.  As we had come out along the Wakhan valley we ran the second half of the Pamir in reverse from Khorog to Murgab.

The first part of that road is really spectacular, you can get some ideas from the pictures below 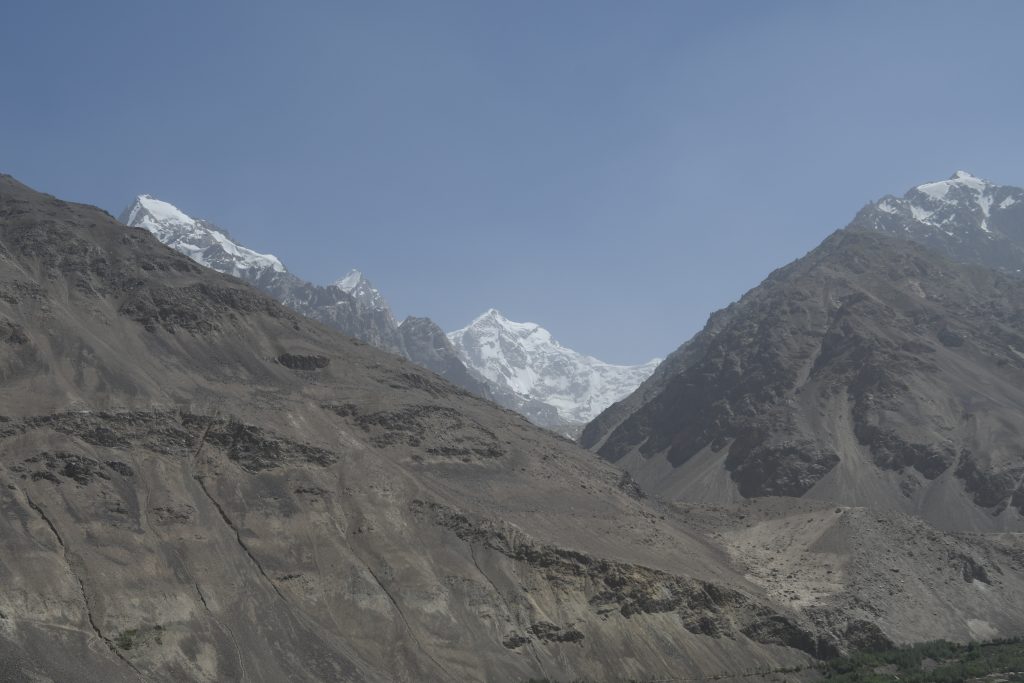 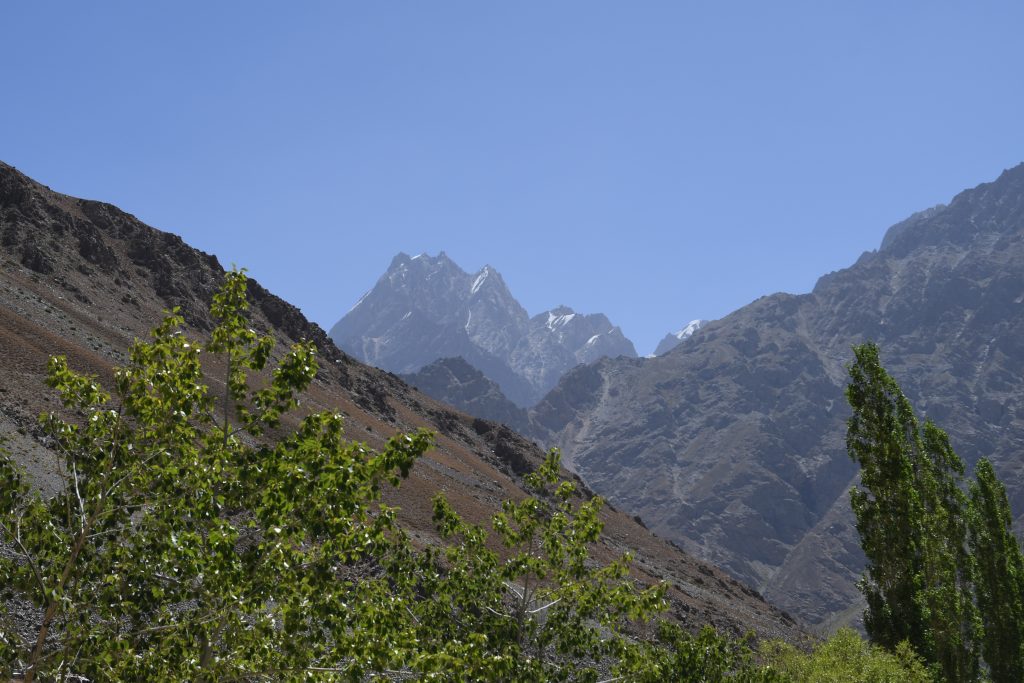 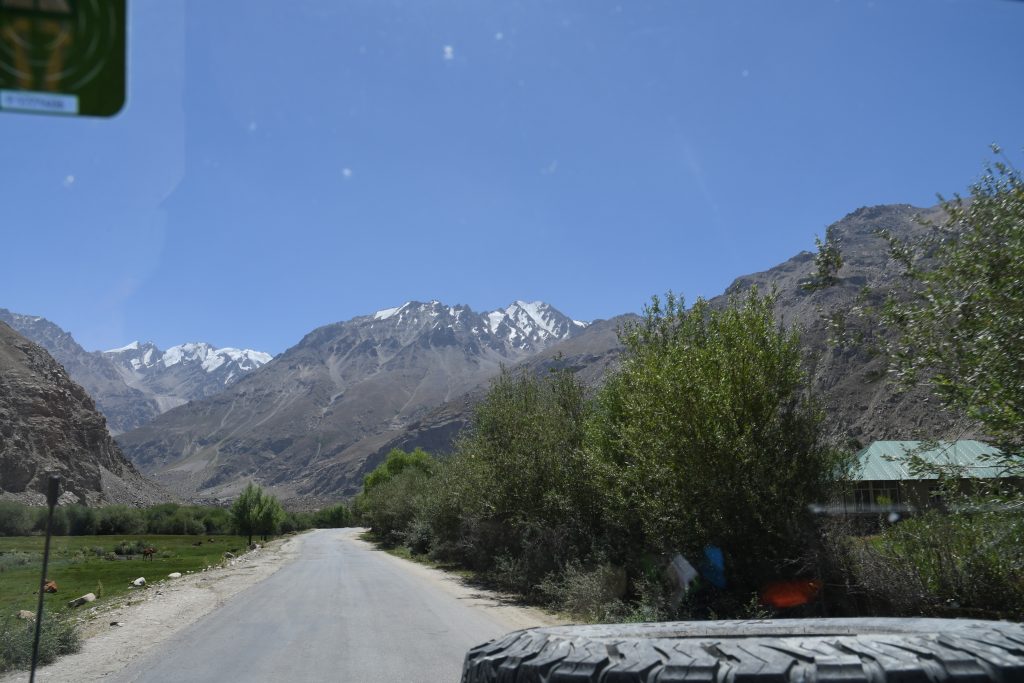 After this section we went higher into a moonscape landscape, a barren wasteland of stark beauty ringed by snow capped peaks 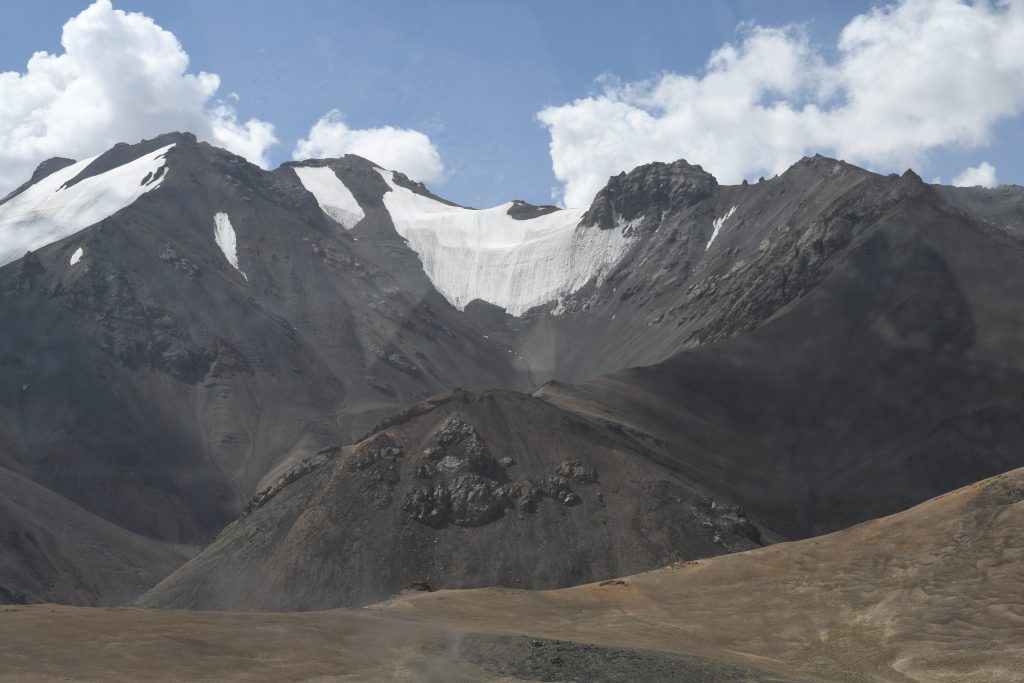 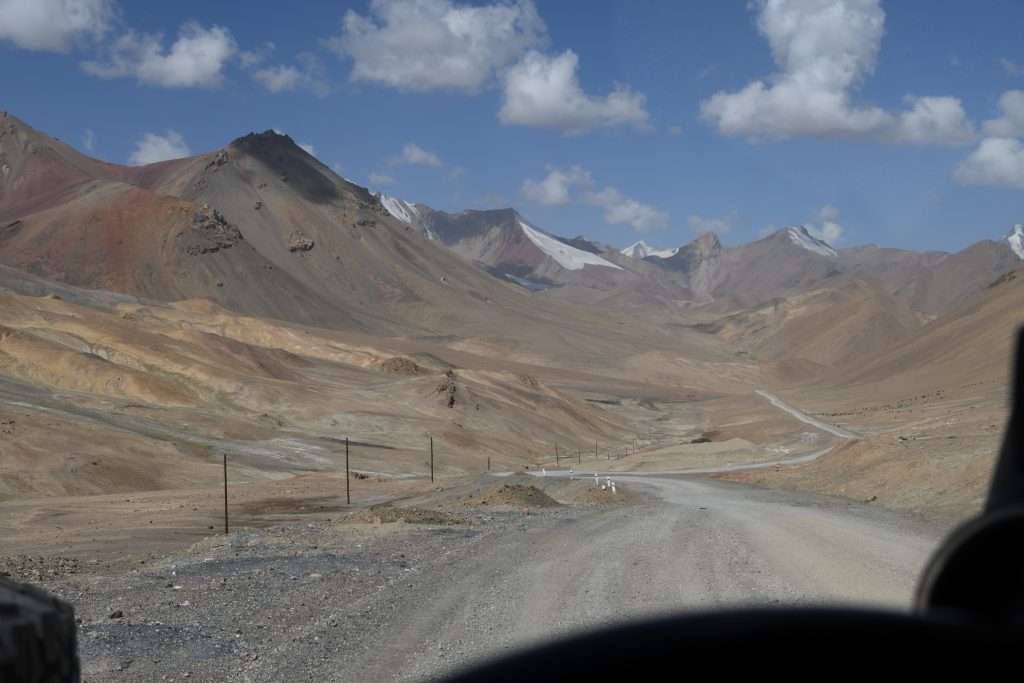 Finally we managed to cross the high pass without too much trouble, however we had not refined the driving technique so some rather alarming clouds of black smoke were left behind us as the engine struggled to find enough oxygen at that height to burn the diesel efficiently.  Later on we worked out that using low ratio and keeping the revs up on a light throttle seemed to be the sweet spot for the engine 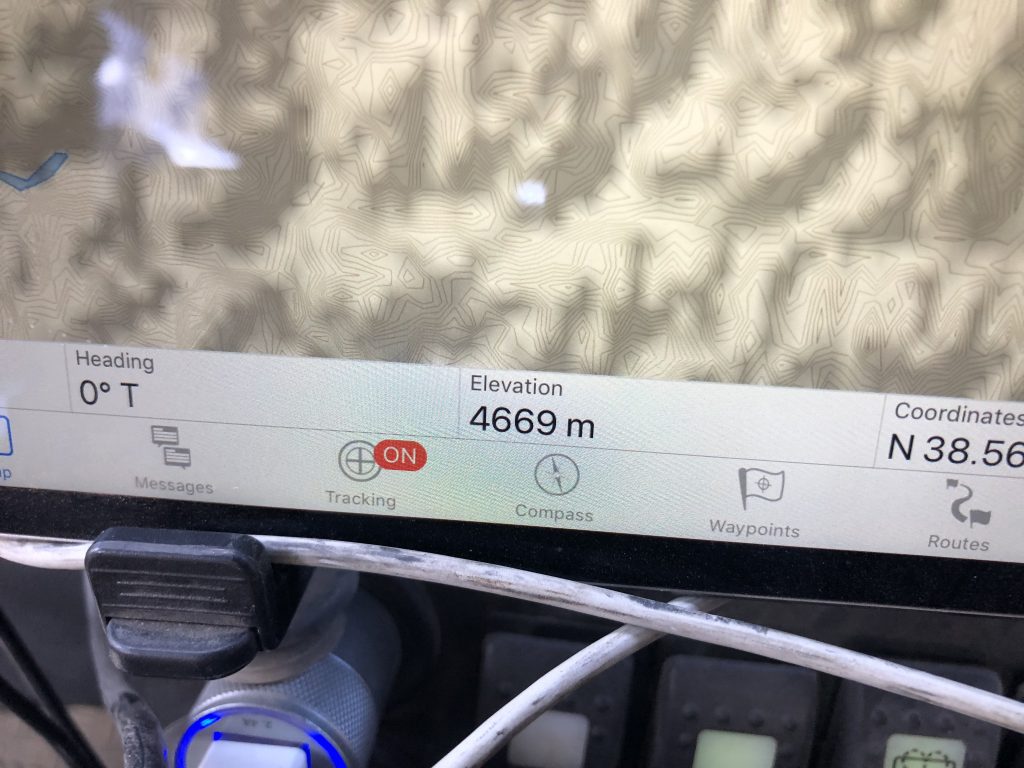 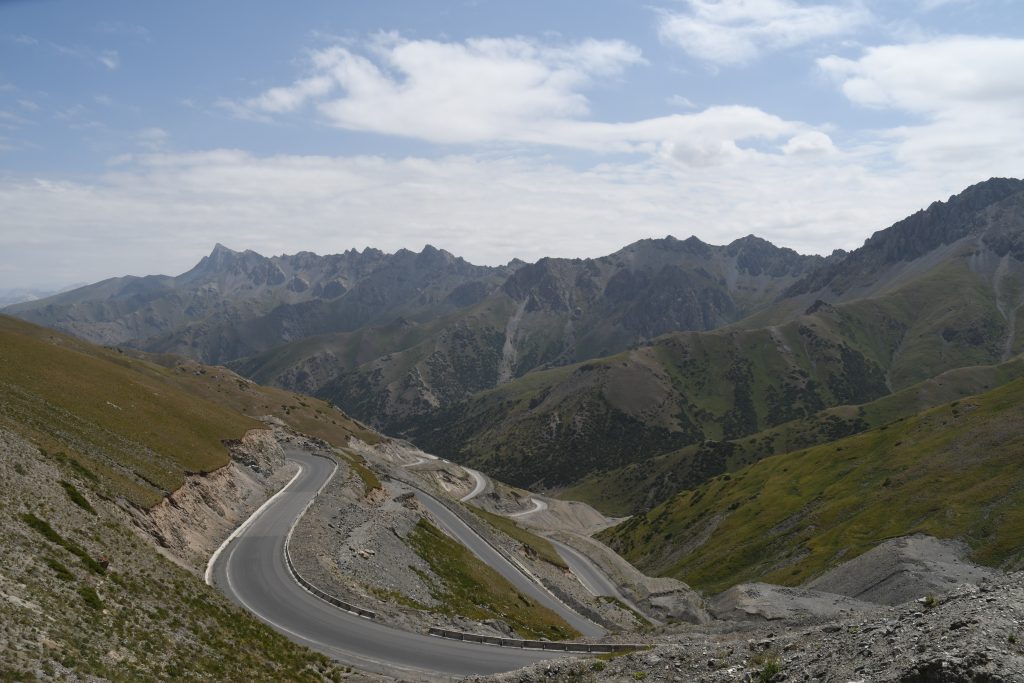 After the high pass we came across an impossibly blue lake, which claims to be the highest navigable lake in the world, but I have learned to treat such local claims with a good dollop of doubt 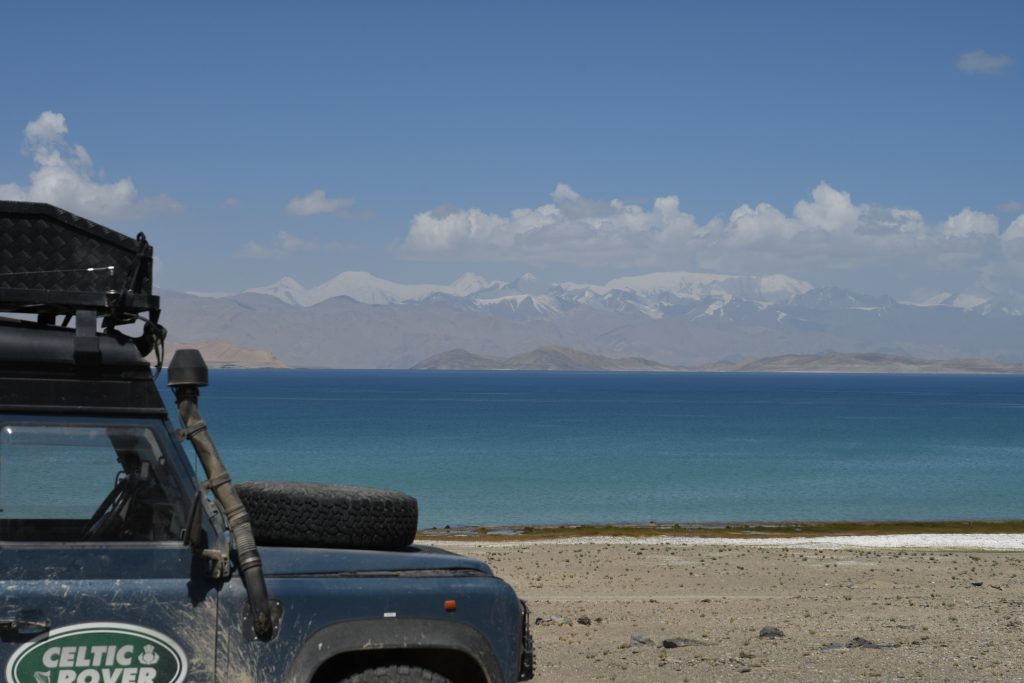 When we finally got back to Murgab, it was getting dark but we had one of those comedy moments you get travelling in this type of region as a local goat herder had decided to use the nice big road bridge to get his flock from one side of the river to the other, so we were in a goat jam to end up our day ! 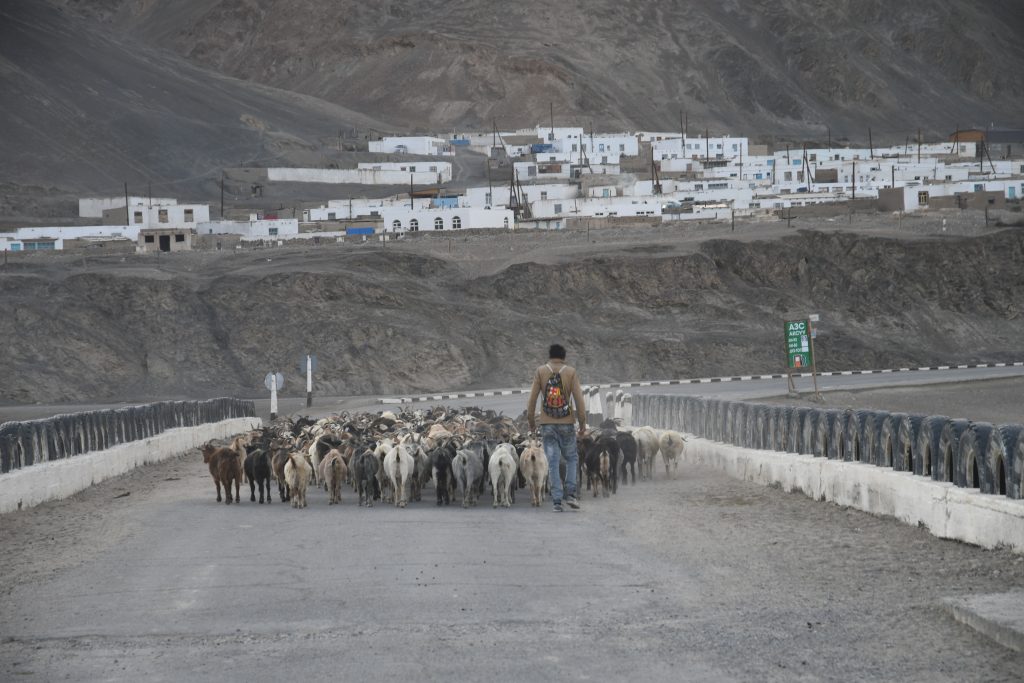