When we arrived in Puerto Natales we decided to stay at the Yellow Plum Tree camping, this is a nice place, essentially a big back garden but with lovely showers and nice friendly owners.  When we arrived we were the third Land Rover there and had to park in the street outside – it is a measure of how far our normal standards have moved in the trip when parking and sleeping in the street is perfectly OK in a small safe town because a place has good showers, good company and is an easy walk to the nice restaurants and supermarket in the town!

One of the landrovers was a nice Belgian conversion of a 300tdi and the young owners William and Camile told me a tale of woe about their car which had been cronically overheating on the way to the Torres park.  They had been stuck in Puerto Natales for 14 days and been through three garages to try to solve the problem without success.  William proudly showed me his newly arrived water pump which was going to be fitted the next day and I had a feeling of unease, I was thinking that this would not solve the problem he described which is more normally associated with two other elements of the engine (the cylinder head gasket or the bleed tube Y piece) but did not want to stoke his fears so I left them with my P-seal and whats app contact information “in case” they needed more help.

I got a message when we were up in the park that the new parts had not solved the problem and the truck was still overheating just as badly, I checked in with some chums and they (specially Nelly Bird who is an expert on this engine) confirmed it was probably the head gasket.  I was able to send William the photo below showing my spare head gaskets and Y piece and offered to adjust our route to come back through Puerto Natales and donate my spares to him (a safer thing to do near the end of a trip than at the start) 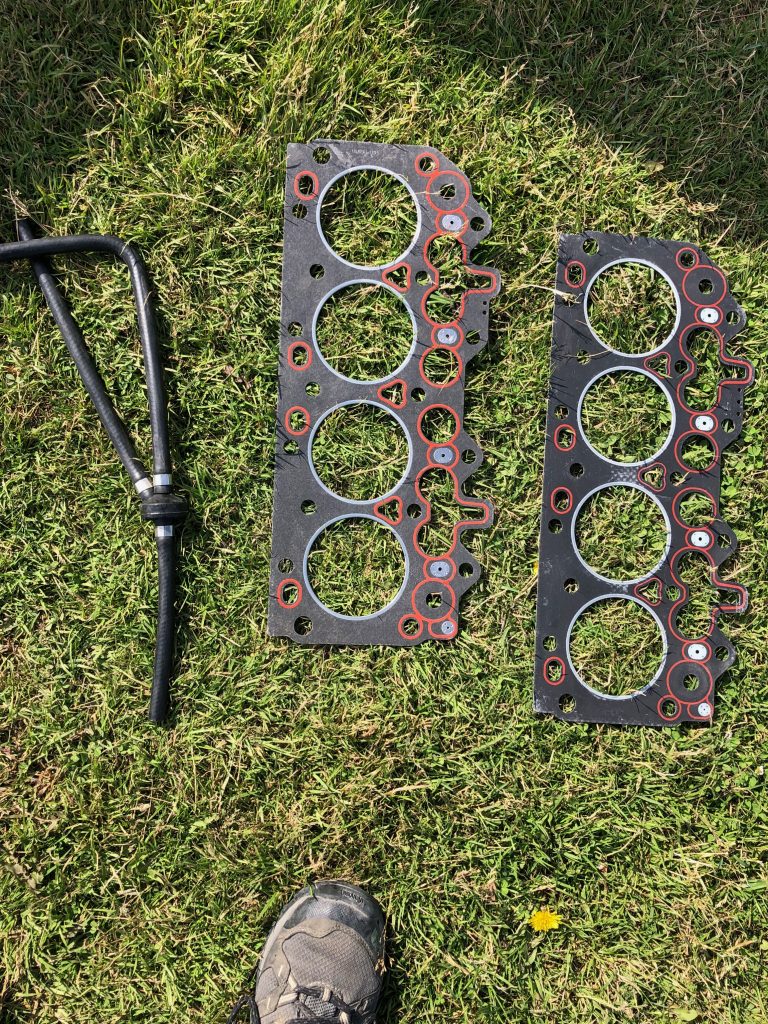 While I had two head gaskets of different thicknesses due to the different engines I have had I only had one manifold gasket, but it was needed as well so I handed it over as well.  Lee and I headed off to Ushuaia leaving them deep in the rebuild of their engine after a nice drinking session together, we felt very sorry for Camile who had basically spent two weeks in and around a garage while William focussed on the repairs. 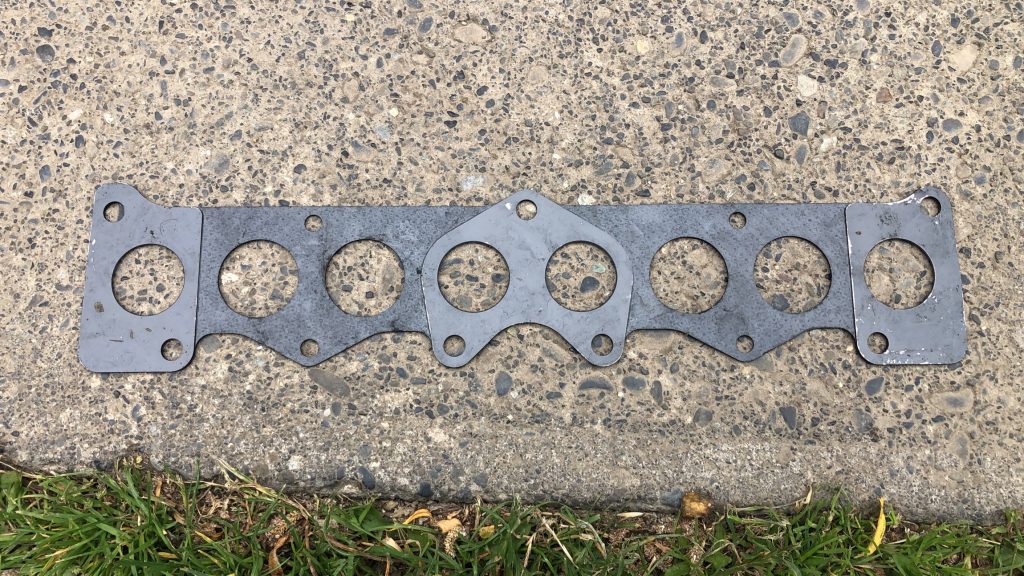 We heard later that day that the engine had been rebuilt and was running well with the new parts, no overheating and they were back on the road to the park 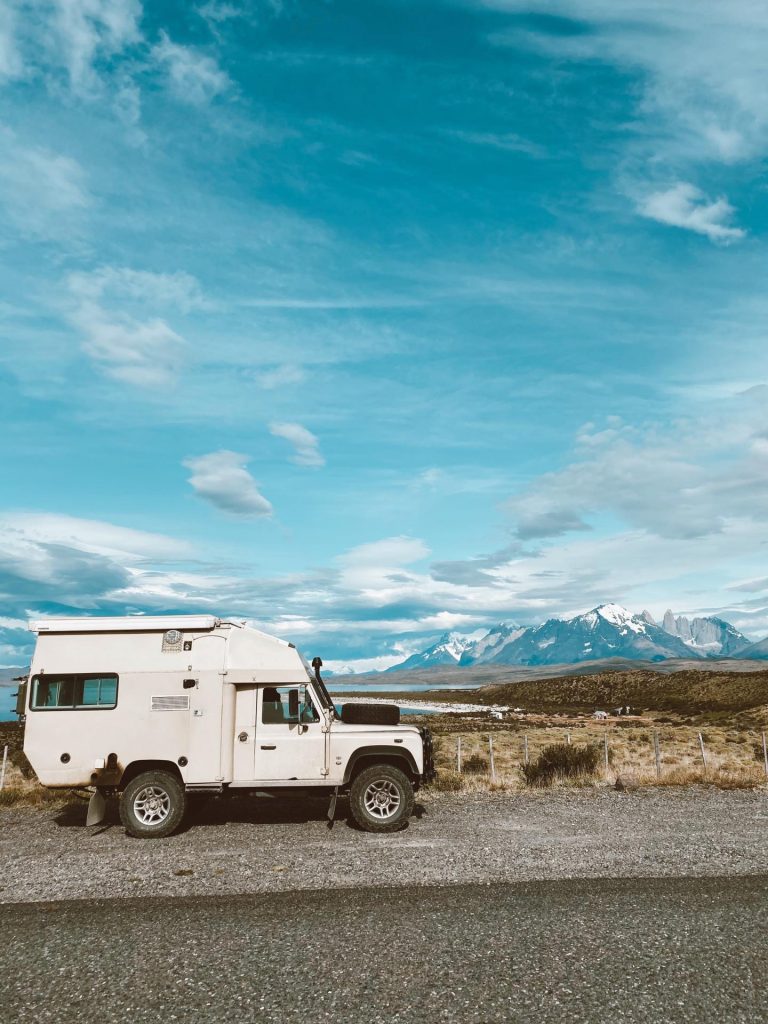 So they managed to get to the park and were rewarded with the classic picture of the Torres de Paine with very happy and relieved faces and a new energy to continue their South American trip, they are three months into a year long trip so lets hope the head gasket does them all the way back to Belgium. 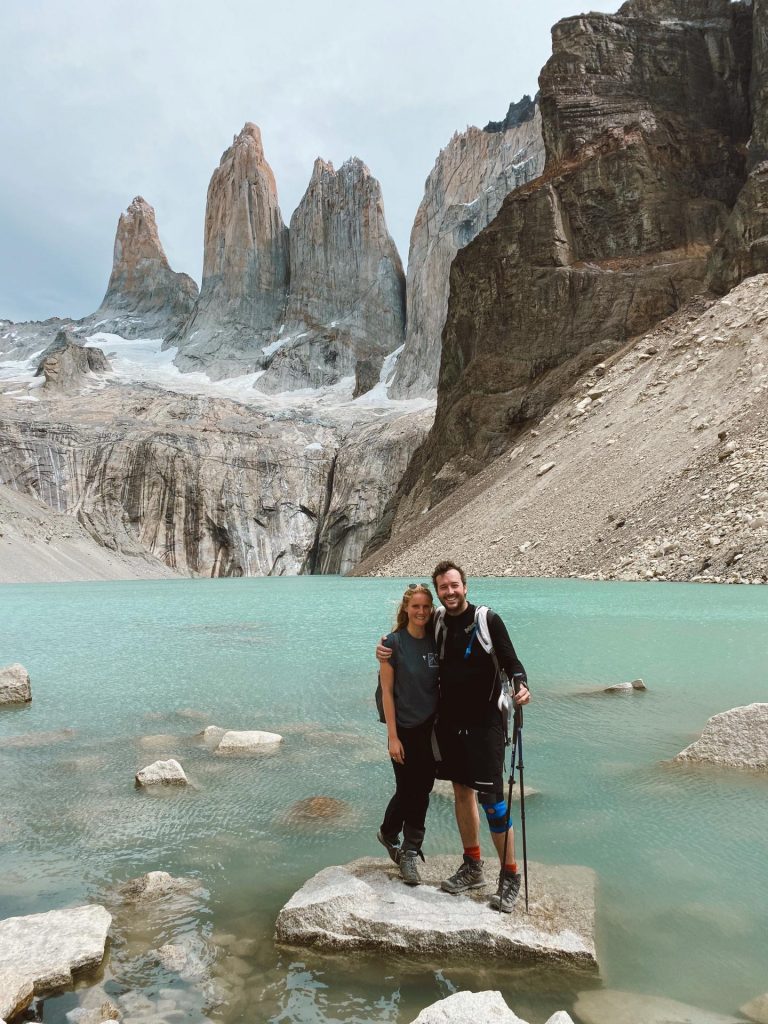 When we were in the bar the night before Camille said to me “I just can’t believe it, we were completely stuck every thing we tried had not worked for two weeks and you come along, diagnose the problem, have the parts and we are away in one day, you are like a Land Rover Mary Poppins !” that will do for me, I am still smiling….

At least all the ribbing I have had for carrying so many spare parts can at least be neutralised a bit by real experience.

Previous Torres, just had to be done, and it was good
Next The end of the world….Ushuaia