Missions and Falls, a few days in the Jungle

After the excitement of Carnival we were a bit sore legged tired and slightly deaf so an easy day was needed, we headed back across the river to Argentina and decided to tour the abandoned Missionary at San Ignacio.  This turned out to be the nice easy day we needed, the history of the missions is interesting, they were places which had mixed communities of native people and Jesuit monks where a lot of the practices of the native people were allowed to continue while slowly the monks converted the population to their religion and view of civilisation.  This great social experiment seemed to be successful, perhaps too successful as the communities began to identify with the monastery so eventually the king banned the Jesuits, destroyed the monasteries and set up towns under civil authorities responding to his government.  So the monasteries were abandoned in the jungle for a hundred years until rediscovered and are now preserved as UNESCO world heritage sites.  Some visitors have compared them to the temples at Ankor Wat in their effect on visitors and I was impressed with the story and the history of the ruins. 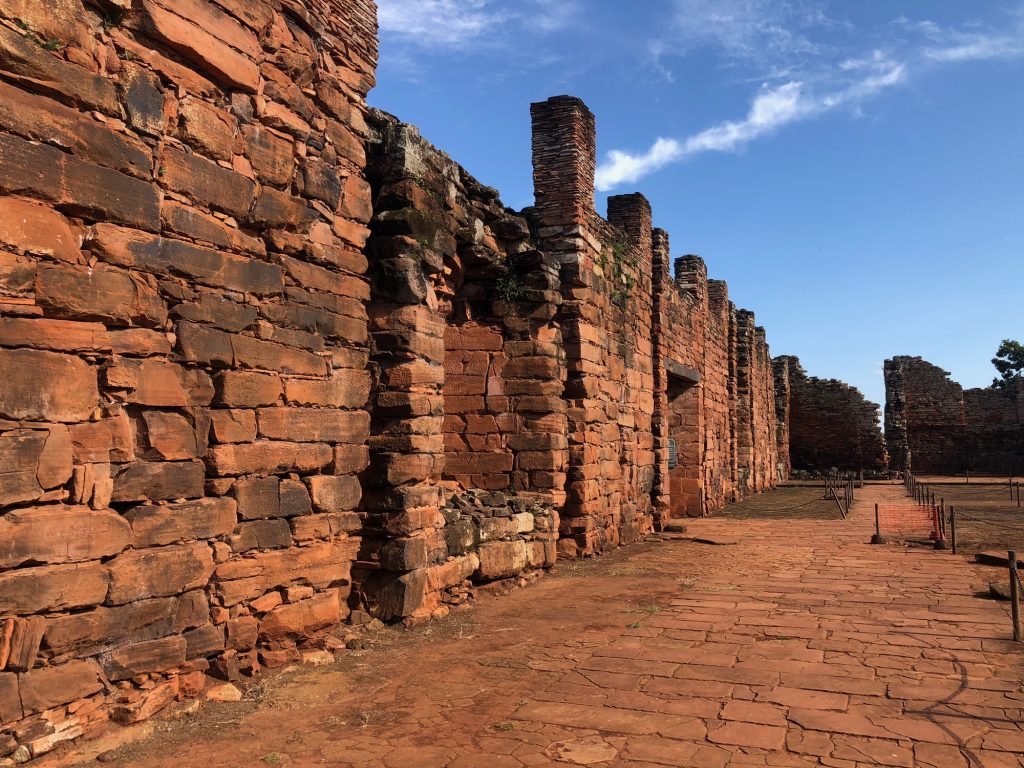 Now great trees have grown up between the ancient walls adding some welcome shade but also lots of quiet areas away from the tour groups (there are not too many tourists as the site is a good way away from anywhere). 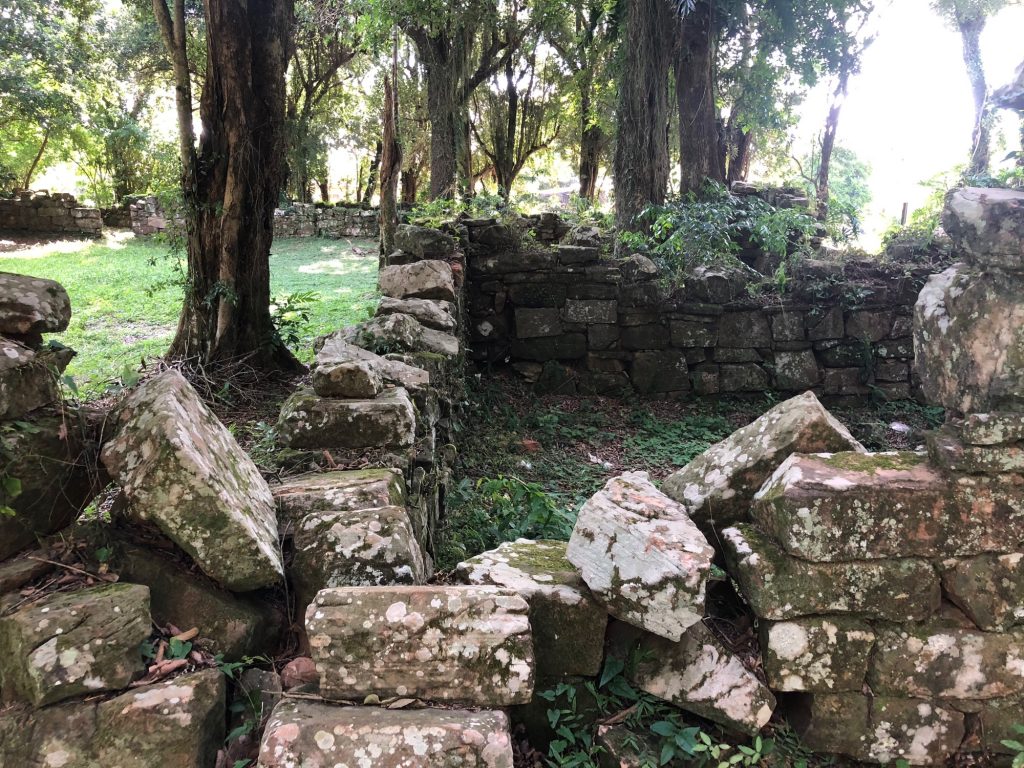 The highlight of the day was a great sound and light show that had the story of the missions projected on to curtians of water spray and the walls of the ruins, this was a great ghostly effect as when the spray stopped you could walk through the space were the films had been projected guided by a warden with a torch. 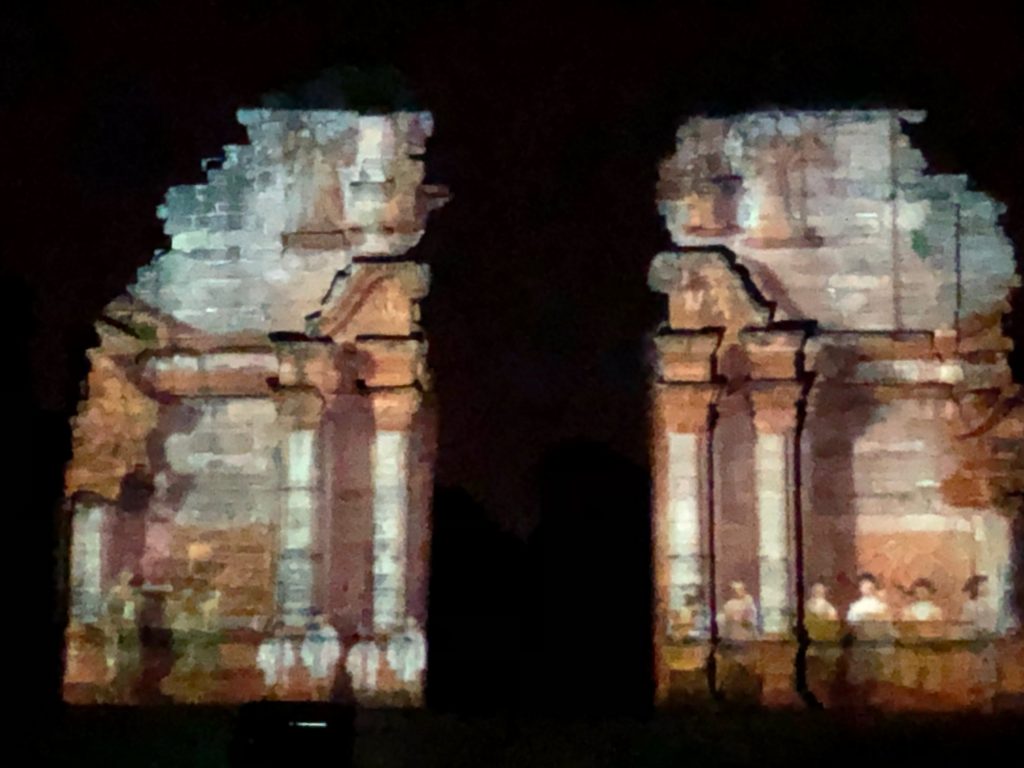 In the main plaza the final act, recounting the destruction of the monastery was played out but above our heads in the dark sky we had a full view of the stars and the milky way so the atmosphere was really special.  This type of show would work really well in Scottish castles or dungeon tours as it brings the whole site to life. 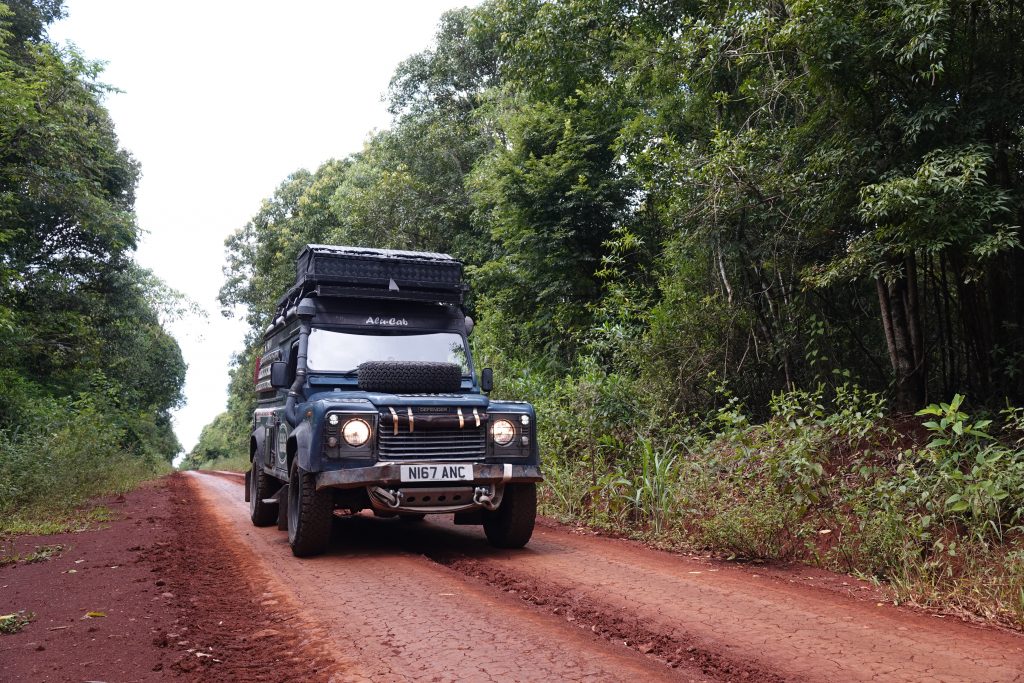 The next day we head north to the great falls of Iguazu but on the way we realise that we are now in the tropical rain forest as we see many red clay roads running off the highway, so we found a loop to allow us to spend some time on the wet clay roads and enjoy finding our way through the jungle, a nice change from the smooth highway, Nelson in his element coped easily with the ruts and slippery conditions. 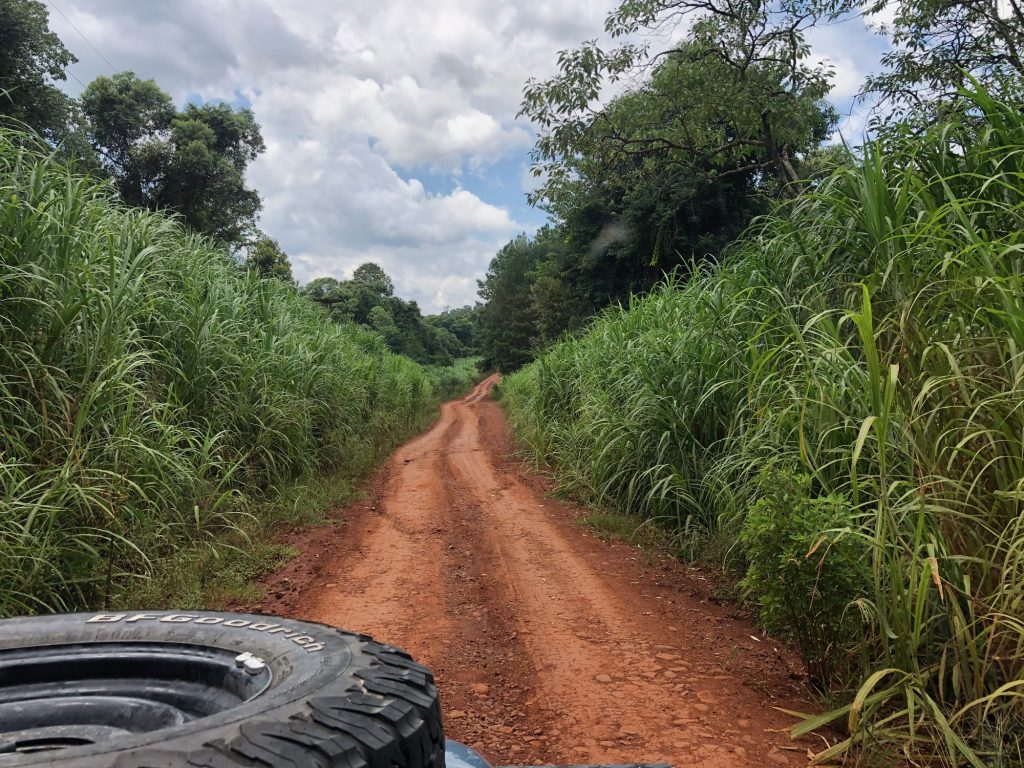 Finally we made it to the great waterfalls of Iguazu thankfully late in the day and after a bit of a rainstorm so the crowds had thinned out a bit, but it is still a bit over populated with tourists taking turns to take a shot at the rail of the viewing platform but the falls are still a magnificent sight, you first see them from a distance 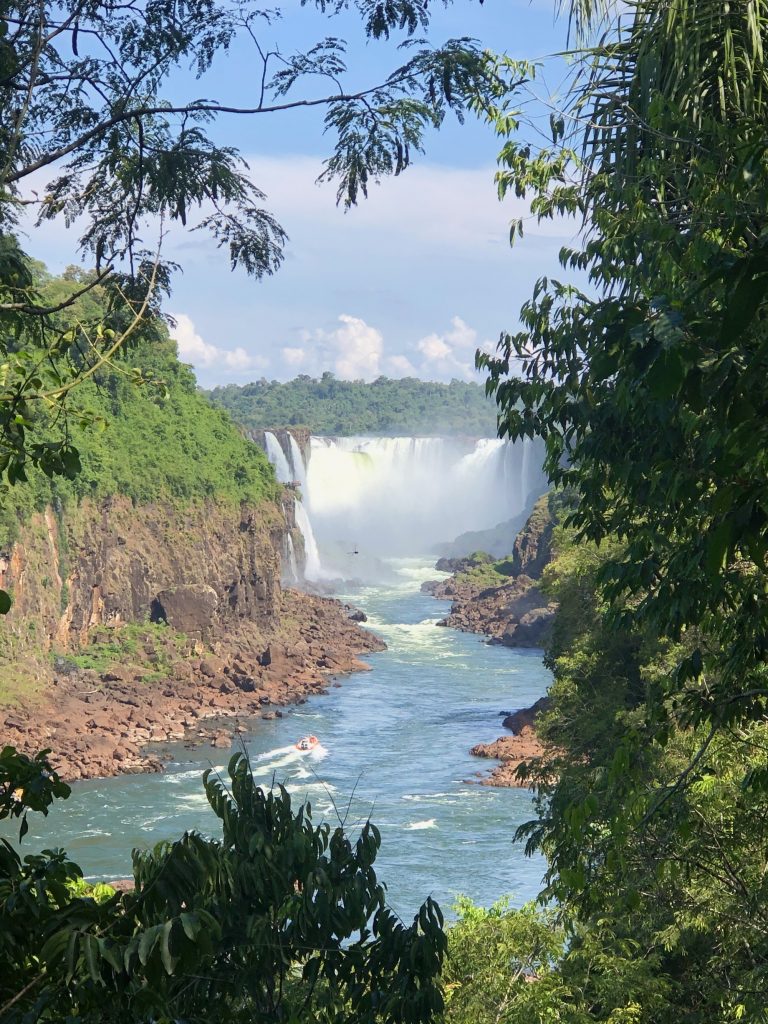 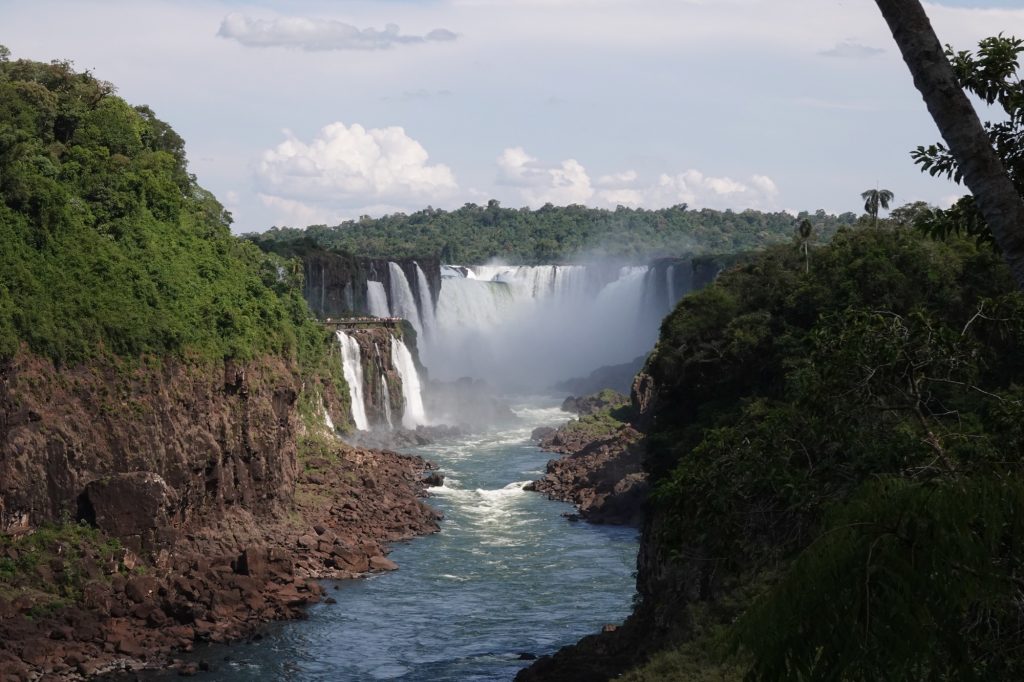 More and more comes into view 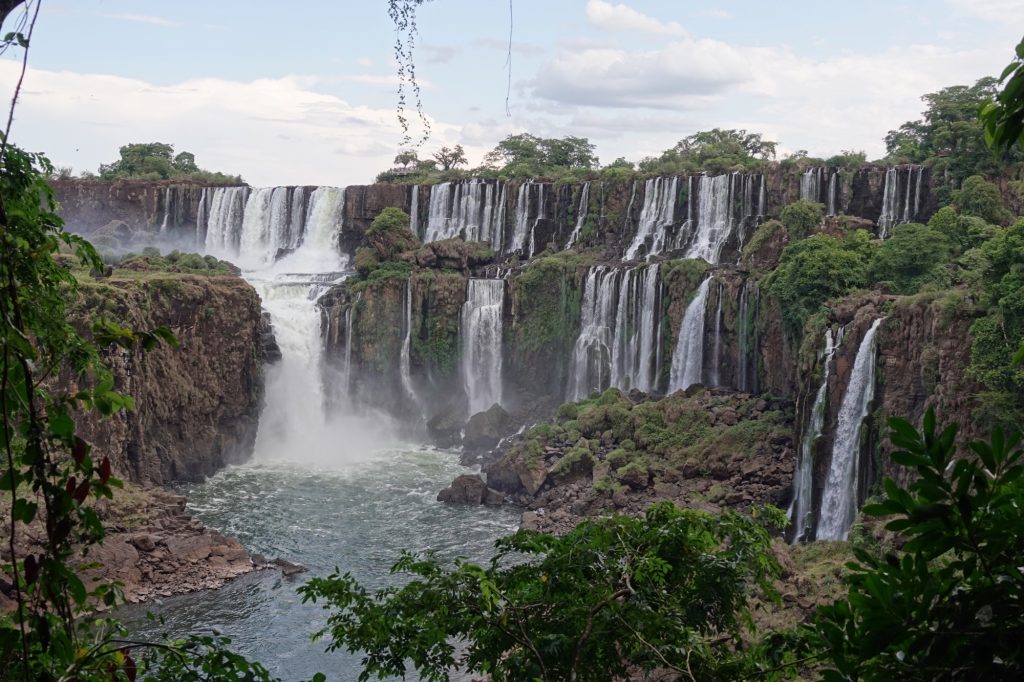 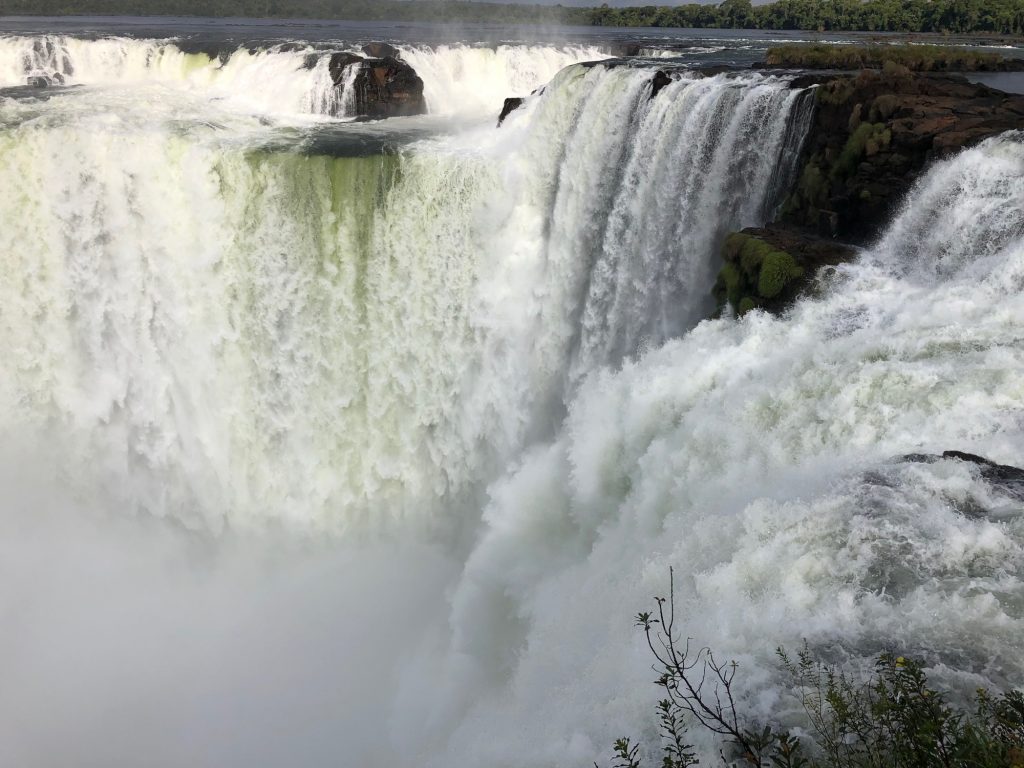 despite the crowds it is still a great waterfall, Tony has been to Victoria falls and says these are probably better waterfalls but there are a lot more people here than there. 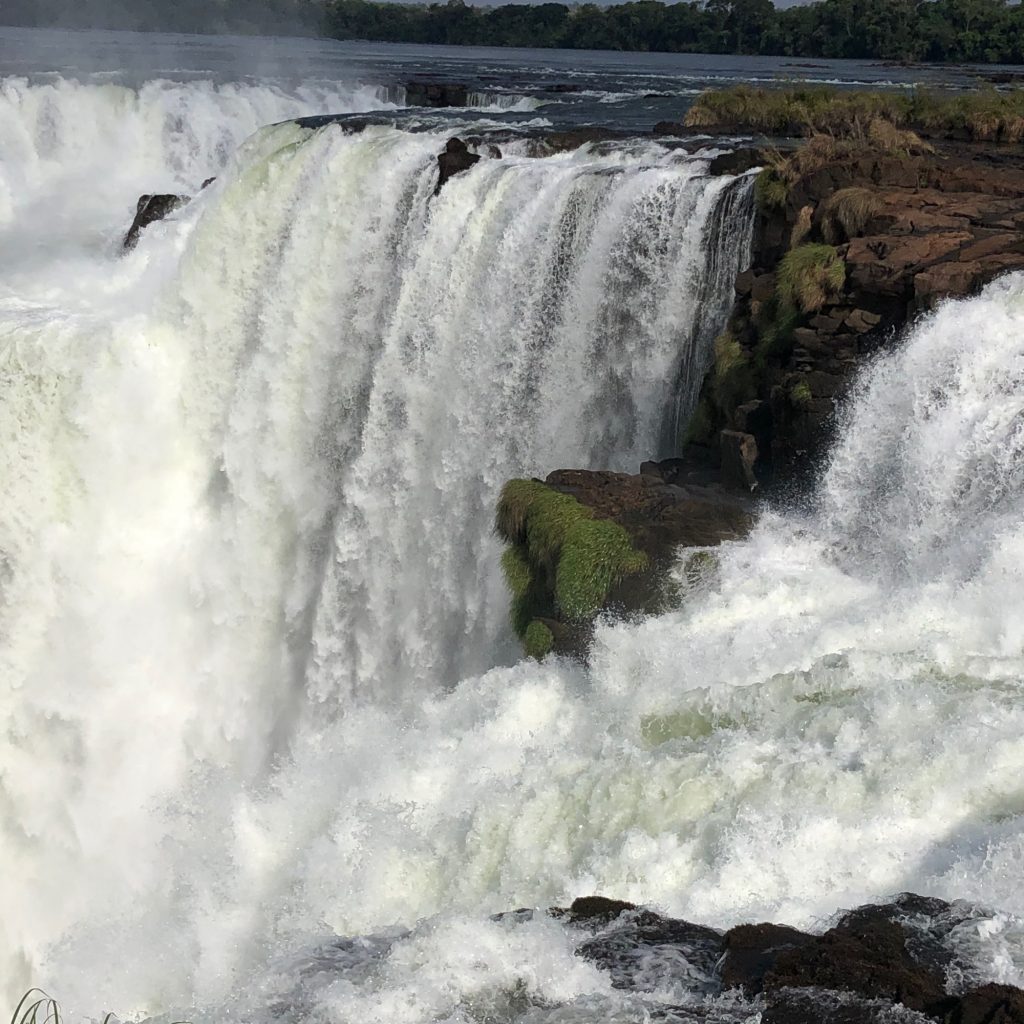 On the way back we saw a lot of these little guys trying to steal food from the tourists, apparently they have a nasty bite and the park people had put up photos of some badly cut hands to put people off feeding them ! 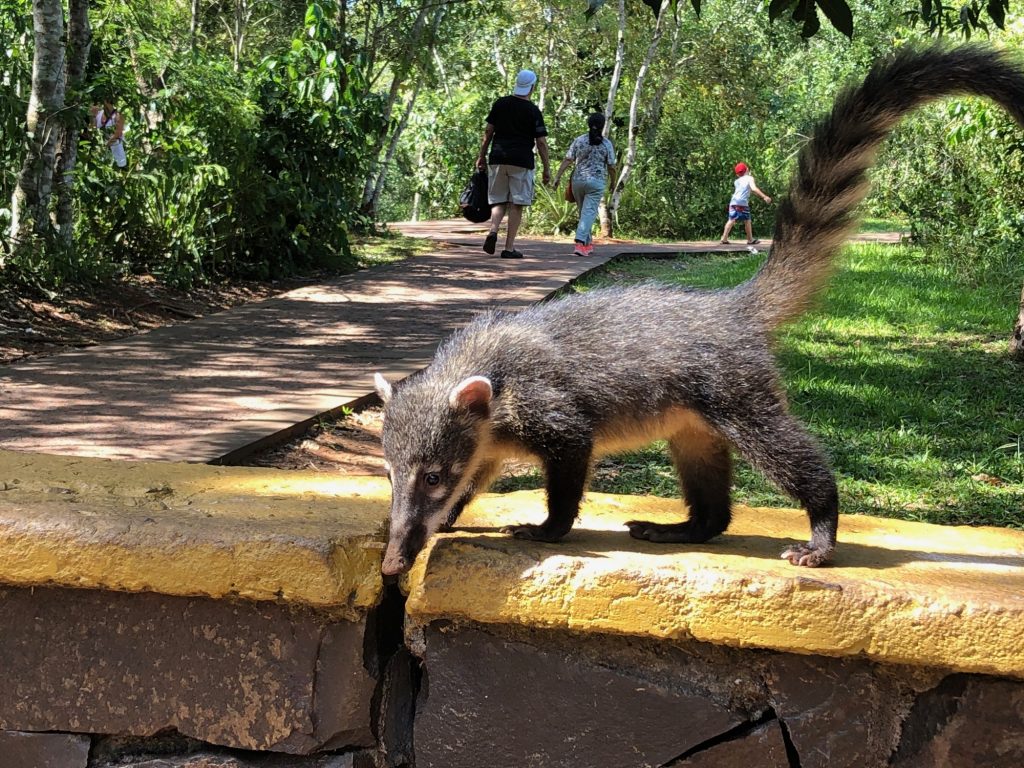 So now we have a 1000km trip across Brazil to get to the beach and we will spend the last two weeks of the trip beach hopping, we have been lucky with the weather most of the time on this trip and it happens that the rain hits just as we have to do a solid two day drive across country to the beach, if its going to rain at any time then that is the best time for it to rain!  Forecast is for sun for the final two weeks on the beach so we can put up with a couple of wet days with that at the end of the rainbow, so to speak. 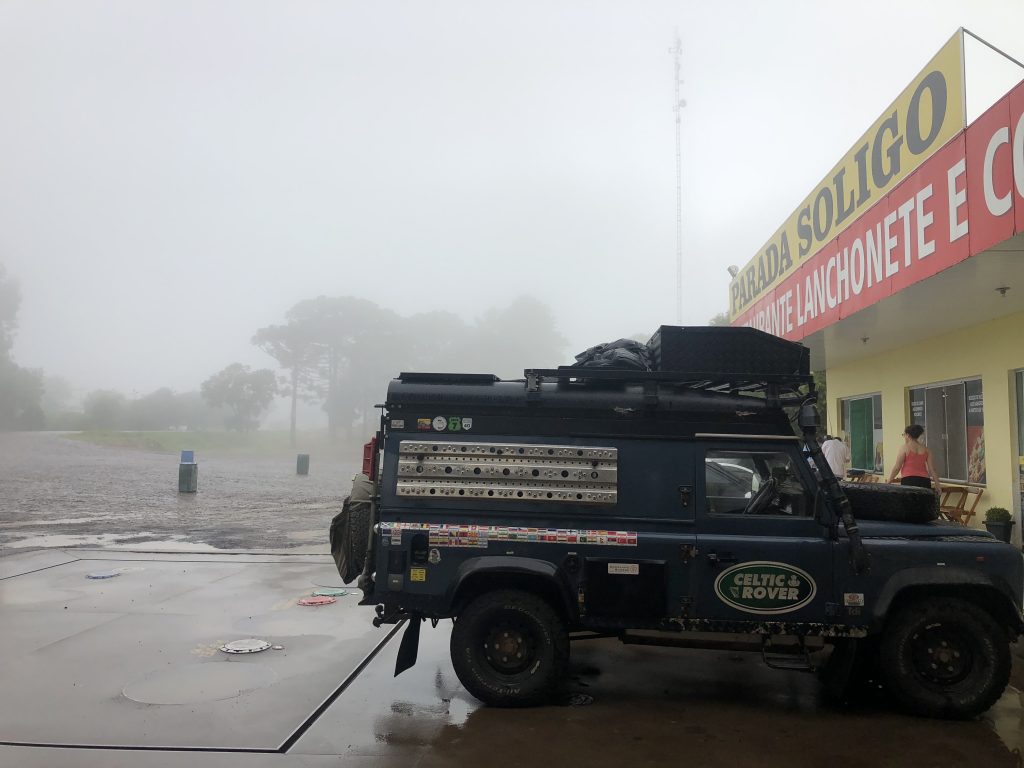 Even with the rain and the fog this road is nicely varied, up and down through fields and forests so it still seems so much better than the slog up Route 3 and it has some nice coffee stops along the way !

Previous Carnival…dancing shoes, not much else
Next Beach buggy and beach bums